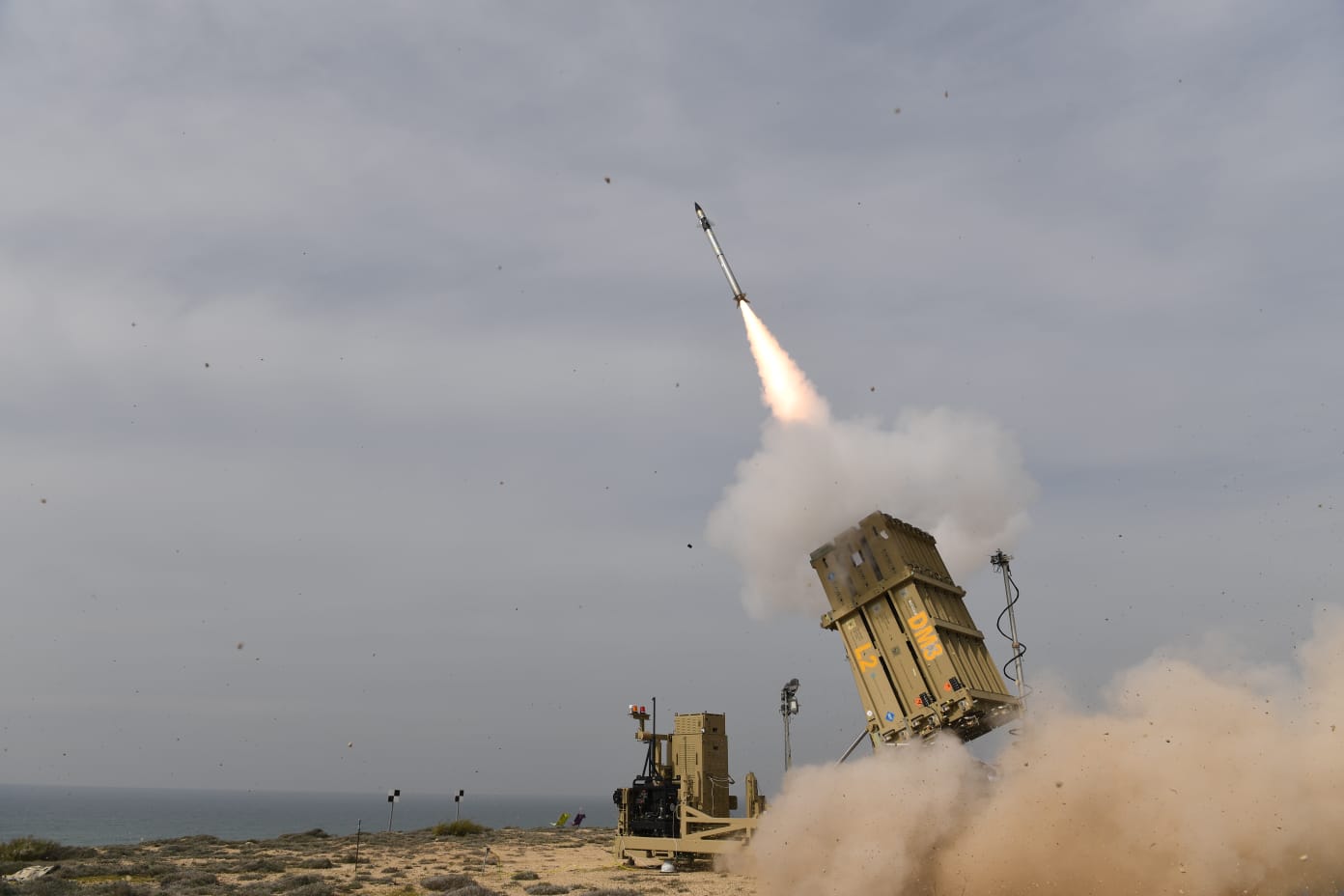 File image. An Iron Dome missile defense system fires an interceptor at a target during an exercise in 2021. (Photo credit: Israeli Ministry of Military Affairs)

Iran has condemned the proposed plan led by the US and Israel to integrate the air defense systems of Gulf Cooperation Council member states, labeling it a threat to regional security and a provocation.

The Iranian foreign ministry spoke against the plan on 9 July following comments made by a US official days earlier.

US National Security Council coordinator John Kirby stated on 7 July: “We’re talking bilaterally with nations across the region about air defense capabilities specifically and what we can do to assist with their defense and then, exploring the idea of being able to kind of integrate all those air defenses together.”

Iranian Foreign Ministry spokesperson Nasser Kanaani stated that Tehran views such a move as provocative and a threat to Iran’s national security.

“The entry of foreigners in the region … will not create security and stability but is itself the main cause of tension and regional rift,” Kanaani stated.

Kanaani noted that Iran prefers dialogue with its neighbors without the influence of foreigners. The proposed air defense pact, he said, would only weaken regional security for the Arab nations involved, and will only serve to benefit Israeli security interests.

Back on 20 June, and on the subject of the proposed pact, Israel interim defense minister Benny Gantz said: “Over the past year, I have been leading an extensive program, together with my partners at the Pentagon and in the US administration, that will strengthen cooperation between Israel and countries in the region.”

“This program,” he added, “is already operative and has already enabled the successful interception of Iranian attempts to attack Israel and other countries.”

Gantz failed to provide details on the alleged Iranian attacks.

A Wall Street Journal report from 26 June indicated that Qatari military officials reportedly met with US, Israeli, and military officials from other regional Arab states in Egypt’s Sharm al-Sheikh to discuss this budding air defense alliance against Iran.

The proposed plan is expected to be further negotiated and solidified by the upcoming visit of the US president to West Asia.

US President Biden is set to visit West Asia between 13 and 16 July, where he will meet with King Salman bin Abdulaziz and Crown Prince Mohammed bin Salman in Saudi Arabia, and visit Israel and the occupied West Bank.

On 13 June, Biden himself confirmed the trip to Saudi Arabia while speaking with reporters. However, he claimed his visit was not to discuss the kingdom’s oil production levels, but would instead focus on “Israel’s national security.”

Gantz announced on 7 July that Israeli arms sales have increased since the signing of the Abraham Accords which saw Tel Aviv normalize diplomatic ties with the UAE, Bahrain, and Morocco.

Israel has signed more than $3 billion in arms agreements with regional countries since the signing of the controversial agreements.

Representatives of Israel’s Defense Ministry have held about 150 meetings with “their counterparts in regional countries, excluding Egypt and Jordan,” Hebrew media quoted Gantz as saying.

The defense minister failed, however, to specifically name other regional states that had participated in security meetings or had signed arms deals with Tel Aviv.

Nonetheless, reports indicate most of these arms deals were closed with Abu Dhabi. Over recent months at least 14 flights by the Emirati air force landed in an Israeli air force base, with most departing after just over an hour of ground time.

Gantz added that Biden’s visit “strengthens Israel’s position,” and sends a message to its enemies.