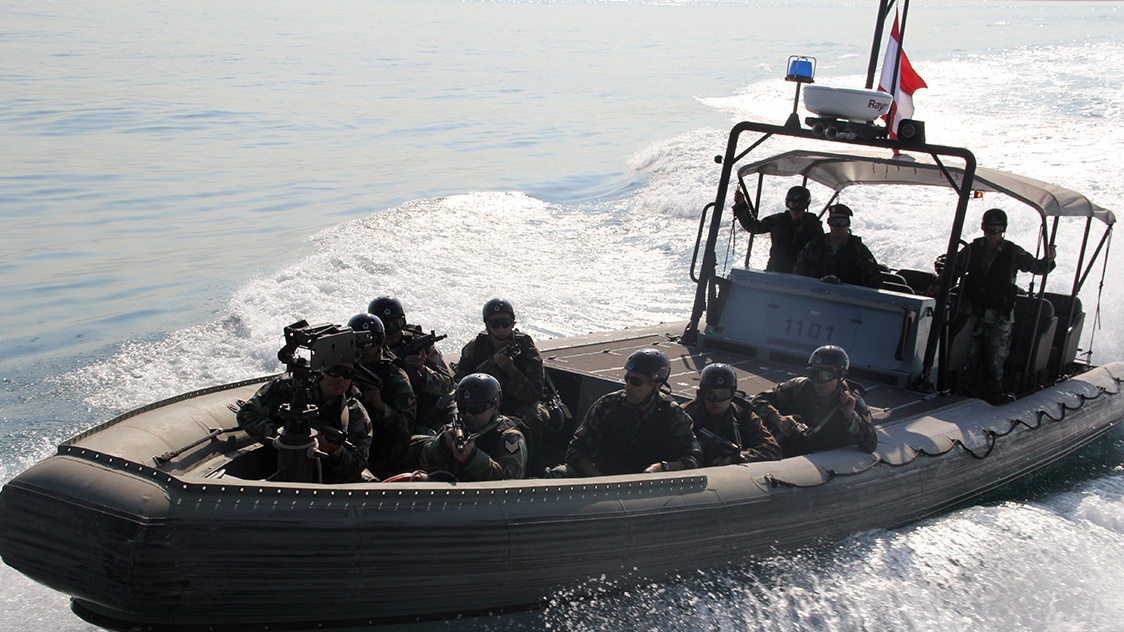 The naval armies of the Lebanese Armed Forces (LAF) and its US counterpart inaugurated their two-week naval drills on Lebanese shores on 12 July.

A statement issued by the Defense Visual Information Distribution Service (DVIDS), said the US Naval Forces Central Command (NAVCENT) and the LAF navy had started on their annual maritime drills, dubbed as Resolute Union 2022.

The drills will focus on “maritime security operations, mine countermeasures and explosive ordnance disposal,” according to DVIDS.

Units from the Lebanese army engineering and navy commando regiments will be present along with members of the Civil Military Cooperation Directorate (CIMIC).

Additionally, about 60 US soldiers from the navy, army, marine corps, and coast guard branches will participate.

“For 22 years, Resolute Union exercises have built collaboration between our armed forces and ensured the LAF are prepared to carry out their mission,” said US Ambassador to Lebanon Dorothy Shea.

These annual drills focus on increasing the interaction between the Lebanese army and its main patrons, the US Ministry of Defense.

US annual foreign military aid contributes about $120 million to the Lebanese army’s budget for training and weapons acquisition.

“This is an excellent opportunity to work with our highly capable Lebanese partners and strengthen our relationship,” said Vice Admiral Brad Cooper, commander of the US 5th Fleet and Combined Maritime Forces.

Cooper is on an official visit to Lebanon to meet Lebanese army commander, General Joseph Aoun.

Over the years, the Lebanese army carried out similar maritime drills alongside French and British navies with an emphasis on suspicious ships at sea and countering illegal immigration.

The Lebanese army is shifting to align with NATO standards and is being fitted with weapons that do not serve its needs to defend against an external invasion or to counter an Israeli attack.

Based on reports by Wikileaks, Al-Akhbar newspapers reported that the Lebanese army is barred from acquiring offensive weapons from Russia, as that would threaten Israel’s freedom of operation in Lebanon.

The majority of US military weapon deliveries to the Lebanese army are not fit for any defensive or offensive use against Israel.

Lebanese army training has instead been limited to focusing on responding to low-scale possibility terrorist threats and on enforcing the Caesar Act sanctions on Syria.

In light of this set of goals, the United Kingdom (UK) built dozens of watchtowers on the Lebanese-Syrian border with no regard to Lebanese operational needs.

However, despite western influence on the Lebanese army command, the leadership has preserved its cooperation with Hezbollah and its anti-Israeli occupation perspective.