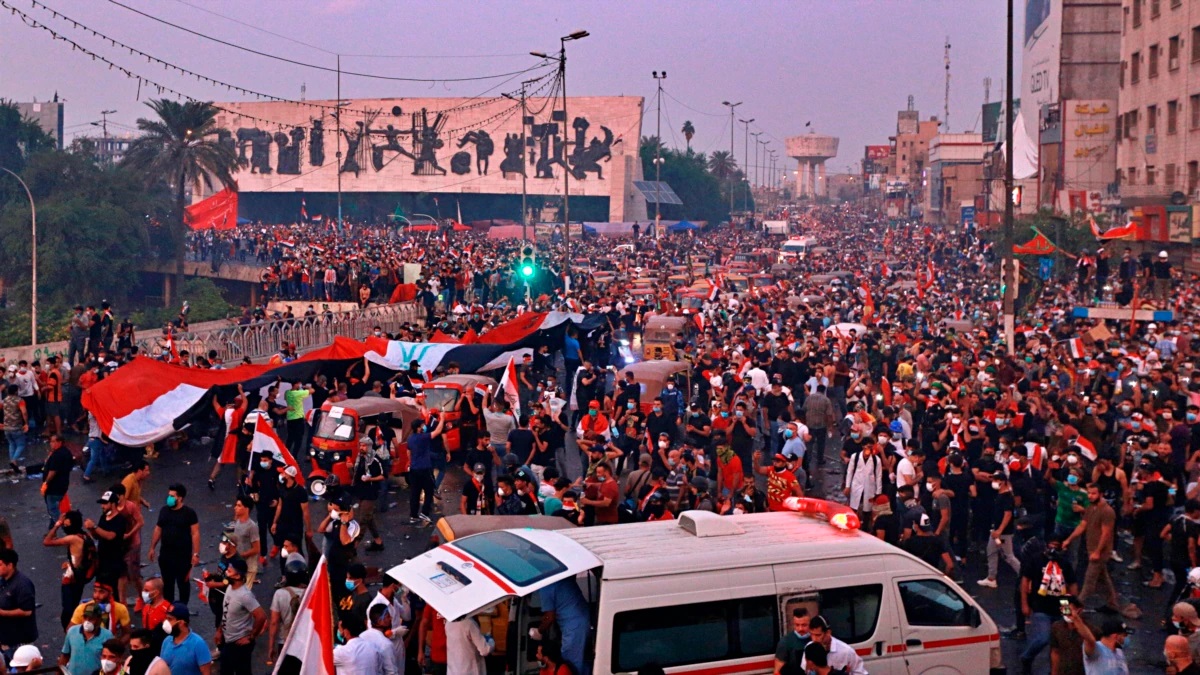 The leader of Iraq’s Sadrist movement, Shia cleric Muqtada al-Sadr, has called for his supporters to join unified Friday prayers on 15 July, in what many believe could jumpstart mass protests after nine months of political deadlock.

The mass gathering in the Iraqi capital will commemorate the 24th anniversary of the first Friday prayer held by Al-Sadr’s father, the late Grand Ayatollah Muhammad Muhammad-Sadeq al-Sadr.

According to officials within the Sadrist movement who spoke with Middle East Eye (MEE), party leaders in Baghdad and the south have been “instructed to provide worshippers with all human and financial resources to ensure as many worshippers as possible participate on Friday.”

Officials organizing the unified prayer have reportedly been meeting dozens of tribal leaders over the past two weeks, working to secure a “huge turnout.”

Hundreds of buses have been rented to transport worshippers, with officials telling MEE they expect a sit-in at the gates of the Green Zone after prayers.

The unified Friday prayers will take place one month to the day after Al-Sadr announced his departure from Iraqi politics after failing to form a new government for Iraq since last October.

In the lead up to his decision, Al-Sadr also ordered all lawmakers belonging to his party to tender their resignation.

The mass resignation altered the power balance in parliament, allowing for the Coordination Framework (CF) to lead negotiations for government formation operating under different power dynamics.

The CF is an ad hoc group of Shia parties with close ties to the Popular Mobilization Units (PMU), including the State of Law Coalition and the Fatah Alliance.

These parties lost by a large margin to the Sadrist bloc during elections last October, with many alleging fraud in the results.

Since the resignation of Al-Sadr, the CF has been in talks with other Iraqi political groups in the hopes of naming a prime minister who would then form a government.

According to sources who spoke with Shafaq News, the CF expects to have overcome the political deadlock by the end of July.