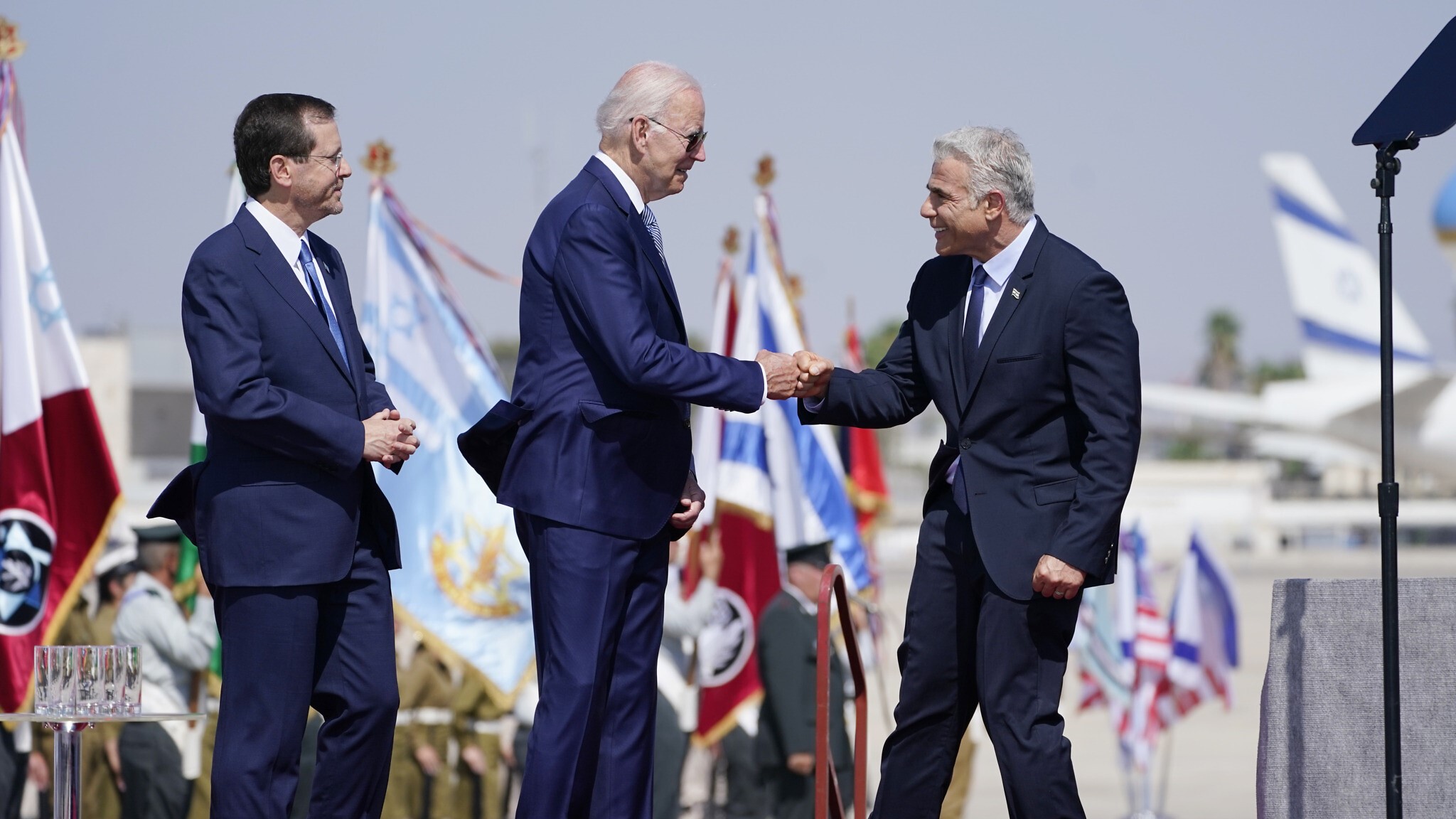 US President Joe Biden and Israel’s interim Prime Minister Yair Lapid on 14 July signed a new joint agreement, the main purpose of which is to deny Iran access to nuclear weapons.

“We will not allow Iran to acquire a nuclear weapon,” Biden told a news conference following the signing of the declaration.

The agreement, part of the so-called “Jerusalem Declaration,” was signed one day after Biden told an Israeli TV station that he was open to use military force against Iran “as a last resort.”

Biden also said he would be willing to kill talks to revive the nuclear deal in order to keep the Islamic Revolutionary Guard Corps (IRGC) on the US terrorism blacklist.

“The only way to stop a nuclear Iran is if Iran knows the free world will use force,” Lapid said after the signing ceremony.

Israel, which is also openly opposed to the restoration of the JCPOA, claims that Iran poses a threat to its national security.

Iran, however, has maintained it has no intention of attacking Israel unless in retaliation for aggression by Tel Aviv.

Another highlight of the declaration signed by Biden is its support for the so-called Abraham Accords, which were implemented by his predecessor, Donald Trump, and which pursued an expansion of growing Arab-Israeli security and economic ties.

Speaking to reporters, Biden also said that he is “not going to wait forever” for Iran to accept Washington’s terms to revive the Joint Comprehensive Plan of Action (JCPOA).

“We’ve laid out for the leadership of Iran what we’re willing to accept in order to get back into the JCPOA. We’re waiting for their response. I’m not certain when that will come,” Biden said, before adding: “But we’re not going to wait forever.”

The US president also disagreed with the interim Israeli premier, who said he believes “diplomacy won’t stop Iran’s nuclear program.”

“I continue to believe that diplomacy is the best way,” Biden said in response.

Biden is set to meet with the leaders of the Palestinian Authority in Ramallah, in the occupied West Bank, before setting off to Saudi Arabia on 15 July.