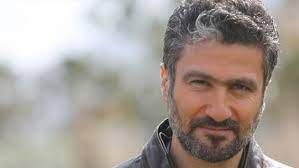 Lebanese Forces MP Cesar Maalouf breaks with his party’s official stances on Iran, US, and the embargo on Lebanon.

The Lebanese Forces, a Christian political party, takes a pro-US/Saudi, anti-Iran/Hezbollah stance on almost all contentious issues in Lebanon. Led by Samir Geagea, the LF was previously a militia that emerged out of the 1975–1990 Lebanese Civil War.

In the interview, the transcript of which can be read below, Maalouf also ridiculed and rejected an initiative proposed by US ambassador to Lebanon Dorothy Shea to supply energy-starved Lebanon with electricity via alternative routes involving Egypt, Jordan, and Syria.

Maalouf said that the US ambassador’s announcement was “too little, too late,” reflecting a widespread opinion in Lebanon that the US is deliberately besieging and obstructing the country’s situation in order to punish and sway public opinion against Hezbollah.

In Lebanon, it is extremely rare to hear a political figure break this publicly with his or her party’s official positions, especially on an issue as sensitive as this one. Increasingly though, one sees the Lebanese care less about politics and more about having access to the basics – perhaps a critical turning point in this normally politically-fractured nation.

Maalouf was subsequently removed from all LF social media platforms. Here is his interview:

Maalouf: I have a slogan that I’ll borrow from the Lebanese Forces (party): “Where Others Do Not Dare”. I have the courage to speak up and take responsibility for my words. I do not care whether people like my words or not. (If I had to choose) between the (Lebanese) people being humiliated or maintaining their dignity, and me preserving my seat in the Parliament, I would choose the dignity of the people.

Regarding allies, Lebanon is an Arab country. I prefer that the Arab, American, European and Western states help Lebanon and send us medicine, and send us fuel so that the Lebanese people do not get humiliated at the gas stations. However, if our allies have sold us out and abandoned us, and are unable to help Lebanon, and a brotherly country named Iran wanted to help the Lebanese people – not only the Shias but all the Lebanese people – (by selling us fuel) at low prices and in exchange for the Lebanese Lira, should I thank this country or insult it? Of course I should thank it. I have to be objective. People did not elect me to be a false witness. People elected me to keep my head held high. I cannot walk among people and offer condolences to an individual and say: “May God have mercy on him/her. (He/she died because) they had no oxygen in the hospital”. Nor can I (apologize) to a child whose parents cannot find baby milk, or to a farmer who does not have diesel to irrigate his land and feed the Lebanese people who (have) become beggars!

I did not ask for the Iranian fuel. I have just thanked Iran for standing with Lebanon. At the same time, I asked the brotherly Arab states (in the past) – notably Saudi Arabia – (to help Lebanon). I am again, via your channel, asking Crown Prince Mohammed bin Salman to look at the situation of the Lebanese people. Do not let the entire Lebanese people bow down because of the economy and the dollar crises just to fight Hezbollah and its weapons. We are all going hungry. We are all being humiliated today. If you have a problem with Hezbollah and its weapons, put this problem aside. We are not talking politics right now. We are talking about the moral thing to do, the human thing to do. It is unacceptable that the Lebanese people get humiliated more than this at the petrol stations. We have fifty martyrs.

Host: You mean in the (recent) Akkar (explosion)?

Maalouf: Yes. What (do we call) the (extremely low) levels of diesel and petrol (in the country) and the monopoly (of these commodities)? What (do we call) the smuggling of diesel and petrol to Syria? Are these not sanctions? Is not the governor of the Central Bank of Lebanon himself a (major form of) sanctions against Lebanon? He has ruled the country for 26 years. Where is the people’s money? Where is the money of (all those Lebanese) who have deposited their money (in the banks)? Where is the money of the people earned by the sweat of their brows? Where is their life-savings? Where did the money go? We have paid 860 million dollars, in July only, to subsidize oil, to support brokers, thieves and villains in this country. Couldn’t they build a power station with that money?

Host: Mr. Cesar, regarding the position of the brotherly Arab states and the United States of America, why, in your opinion, did they not provide assistance to Lebanon just as Iran (provided) throughout the crisis? We are talking about a crisis that has started from at least one year ago.

Maalouf: I don’t know why they are not helping Lebanon. They have been helping us for a hundred years. I thank the Arab states for everything they have given to Lebanon. Help Lebanon. Support the Lebanese army. You say that you are against Hezbollah’s weapons. Support and arm the Lebanese army, so that Hezbollah’s arms become useless. Send us fuel. Your fuel is (basically) free. Why aren’t you sending fuel to the Lebanese people? I am not saying Sunnis send oil to Sunnis, Christians to Christians, or Iran to Shias. I support any unconditional assistance that is offered to all the Lebanese people. What is the problem with that?

Host: There was also talk about the possibility of importing medicine from Iran as well, as there is a crisis with regards to medicine in Lebanon. If this step was taken, what would be your comment on it be? Do you welcome it?

Maalouf: If they want to send medicine from Iran to Lebanon, they are not telling the Lebanese people that this will be the only (products of) medicine (in the country). Whoever wants to buy Iranian medicine, let them buy it; and whoever does not want to, then they are free not to. If the price of the Iranian medicine is a dollar and the price of the European medicine is 30 dollars, and people do not have much money left, they will buy Iranian medicine (of course). They will be buying it willingly, no one will be forcing them to. Even the diesel that will come from Iran. Whoever likes to buy it at a lower price to use it can do so, and whoever does not want to can buy American fuel! No one will prevent them from doing so. However, when we have no diesel, no medicine, no oxygen, no agriculture, no manufacturing (sector), no hospitals, no generators, no electricity, no schools, nor buses on the road, we have no life! Fuel, energy and oil (today) equal life, medicine is a (core element today) of man’s life and dignity. I can only stand on the side of human dignity. What did the other (political) side do other than stand and watch (this crisis go from bad to worse)? What are you watching? (Are you watching) your people die?

Host: Well then, what do you think of the initiative of the US ambassador (to Lebanon). In a previous statement, you said that we first want the ambassador to allow us to extract oil and gas from Lebanon (i.e. off the Mediterranean Sea). How is the US ambassador preventing us from extracting oil and gas from Lebanon? And how do you read her initiative yesterday following the speech of the Secretary-General of Hezbollah, Sayyed Hassan Nasrallah?

Maalouf: First of all, I tell her that this is too late. She should have supported Lebanon way before that. Lebanon has been sinking for a while. Lebanon has been sinking since the ‘October 17 revolution’ (in 2019). The Total (oil) Company was carrying out prospective studies for oil in Block No. 4.  Who gave Total the order to stop and leave Lebanon under the pretext that there is no gas in Lebanon’s (territorial waters)? Who told (the US ambassador) that there is no gas in Lebanon? How is there gas in Cyprus, in Syria and in Turkey, but there is no gas in Lebanon? Lebanon and these states are on the same (geographical) line. They are putting pressure on us. They are imposing sanctions against Lebanon to make us starve, to humiliate us, and make us kneel down. I do not know what they want from us.

I want to use your channel to say something to the US, to France – the ‘tender mother of Lebanon’ – and to all states. If what you want is the naturalization of Palestinians in Lebanon, I tell you: you will never succeed in doing that. We will kneel down and die of starvation, but we will never naturalize the Palestinians in Lebanon. Palestinians have the right to return to their country. To (the states) who are (offering) to pay 6 billion dollars to naturalize the (Palestinians) in Lebanon I say: “We will give you 6 billion dollars. Take them to your own country.”

Host: You talk about the crisis as if it was contrived and intentional, as if there is a policy that is dragging Lebanon into this economic situation. What is next?

Maalouf: Lebanon’s enemies are many and so are its friends. In this crisis, we can tell the enemy from the friend.

Host: Who is the friend and who is the enemy in this crisis, Mr. Cesar?

Maalouf: Whoever helps Lebanon is the friend, and whoever does not is the enemy. Let the Lebanese people be the judge in the matter. To some of those on Twitter who attacked me and said that I am jumping ship (i.e. changing political sides and allegiances). I do not jump ship. My position is clear. I am independent. I am a strong patriot. Whoever wants to take a lesson in patriotism can come to me.

Host: But your position is different from that of the bloc you are a member of, i.e. the bloc that represents the Lebanese Forces (party) in the Lebanese Parliament. Therefore, is it possible that your parliamentary seat and your political future gets affected because of these statements/stances of yours?

Host: One last question, Mr. Cesar. Do you welcome any future steps, similar to the Iranian move?

Maalouf: I ask all states in the Arab and international community to help the Lebanese people, because we cannot handle this anymore. Anyone who sends help, whether Saudi, Iranian, Emirati, French or American, I will be the first to welcome this aid to the Lebanese people, who have reached this point because of this corrupt political class that has been ruling Lebanon for 30 years.