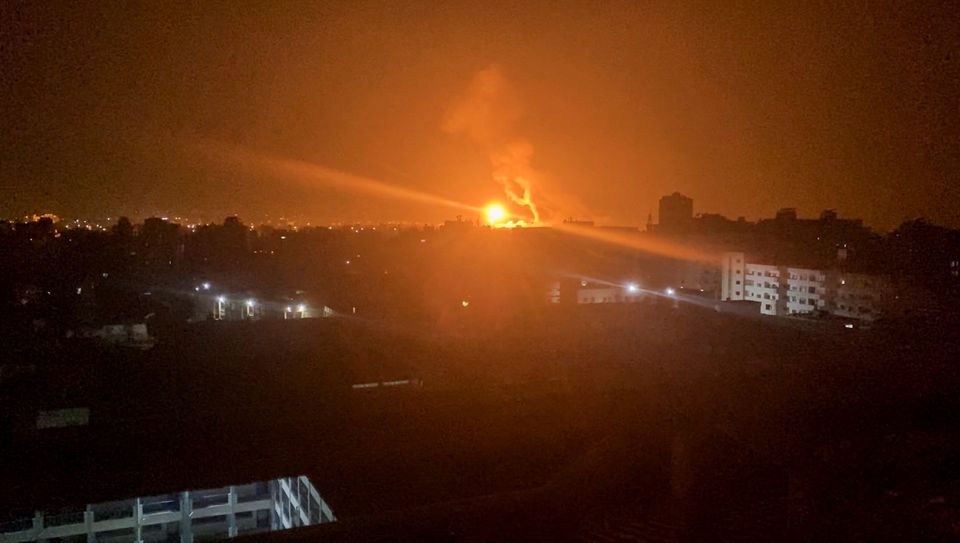 The Israeli air force targeted several positions in the besieged Gaza Strip on the night of 15 July.

It was the first such aerial attack on the Palestinian enclave since Yair Lapid assumed the post of prime minister following the dissolution of the previous government of Naftali Bennett.

The Gaza correspondent reporting for Al Mayadeen stated that the aerial aggression targeted the western Gaza Strip, with three airstrikes targeting the site of the Nusseirat Martyrs in central Gaza.

Israeli missile defense systems were able to shoot down most of the projectiles launched from Gaza. One projectile landed in an open field near Ashkelon.

Media coverage: “Israeli occupation claimed that two rockets were launched on early Saturday morning from the Gaza Strip, Iron Dome operators shot down one while the other fell in an open field, on the southern Ashkelon.” pic.twitter.com/nV3nqka3aa

The strikes are also the first since the visit of US President Joe Biden to Israel, who left for Saudi Arabia earlier that day.

Describing the visit of the US head of state, Qassem said it would “only benefit Israel’s interests at the expense of the Palestinian cause.”