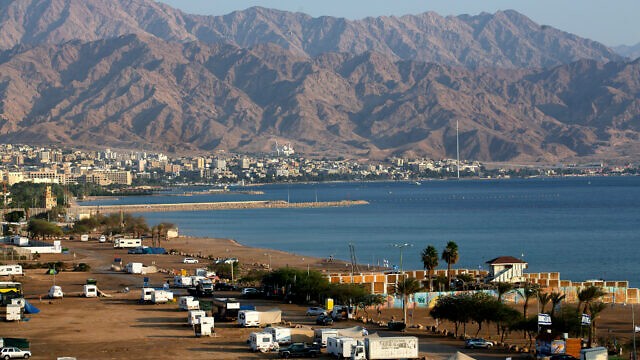 According to Israeli authorities, the decision will be implemented on 1 August, with workers entering and leaving through the Wadi Araba border crossing between Eilat and the Jordanian city of Aqaba.

The Israeli Ministry of Foreign Affairs and the Population of Immigration Authorities has signed arrangements to authorize the return of Jordanian workers licensed to work in Eilat.

“The project of Jordanian workers in Eilat is one of the pioneering projects between us and the Kingdom of Jordan … This is another step for rapprochement with Jordan. We are pleased with this cooperation and hope to expand it in the future,” Director General of the Israeli Ministry of Foreign Affairs, Oded Yousef, said.

“During the warm meeting, held at King Abdullah’s invitation, the president and the king discussed deep strategic issues, at both bilateral and regional levels,” the spokesperson said in a statement.

Herzog was welcomed to the Royal Palace on 27 June to deal with “diplomatic developments in the region, ”in a visit reportedly coordinated by the Prime Minister’s Office and the Foreign Ministry.

The statement by Herzog’s office said that the two leaders discussed the need to ensure the stability of bilateral relations.

The Israeli president last visited Amman in March, when a wave of retaliatory attacks against Israeli settlers by Palestinians was spreading across the occupied territories.

The Hashemite kingdom signed a peace treaty with Israel in 1994, long before the so-called Abraham Accords, which saw the UAE, Bahrain and Morocco normalize diplomatic relations with Israel in 2020.

In another recent and similar development, during a meeting between Israel’s Interior Minister Ayelet Shaked and Morocco’s Foreign Minister Nasser Bourita in Rabat on 21 June, the two ministers signed an agreement allowing Israel to bring Moroccan workers into its construction and nursing sectors, an Israeli Interior Ministry press release read.

“The goal is to start within a month to bring Moroccan workers to Israel in the nursing and construction sectors,” Shaked said.

In exchange, the US president at the time, Donald Trump, recognized the sovereignty of the north African country over the disputed Western Sahara, a former Spanish colony which falls under Morocco’s “autonomy project.”