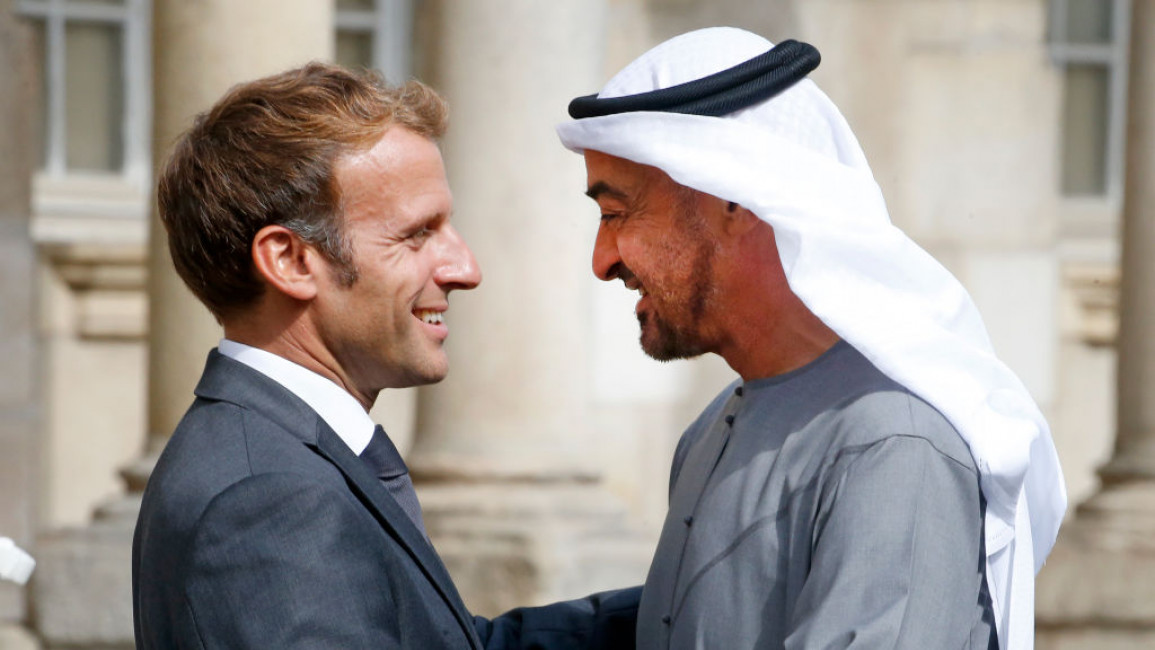 On 18 July, France and the UAE signed a strategic partnership agreement in the field of energy after talks between UAE President Sheikh Mohamed bin Zayed al-Nahyan (MbZ) and French President Emmanuel Macron.

The UAE has become a key partner for western nations as a result of the Russia–Ukraine war, as European nations chase energy deals in attempt to replace imports from sanctions-hit Russia.

Both heads of state ratified a deal between French energy cooperation Total Energies and UAE state-run oil enterprise ADNOC, signed “for cooperation in the area of energy supplies”.

Macron previously remarked that Paris was eager to secure diesel from the UAE to ween off its dependence on Russian Liquified Natural Gas (LNG).

“The UAE is keen to support energy security in the world in general and in France in particular,” Sheikh Mohamed told Macron, according to Emirati state news agency WAM.

Two agreements were signed, with one of the agreements focused on enhancing security energy and providing affordable energy, while reducing emissions to advance effective climate action.

Abu Dhabi will also adopt a comprehensive approach to maintaining its pace with the energy dependency transition, raising production capacity to five million barrels a day.

According to reports, the UAE is also investing $50 billion in clean energy projects across six continents, including 27 island nations, vulnerable to the effects of climate change.

“We continue to benefit from the economic opportunities offered by the transformation in the energy sector, to enhance industrial cooperation and to benefit from technology exchange,” Dr Sultan bin Ahmed al-Jaber, UAE Minister of Industry and Advanced Technology, said.

The aim is to kickstart a France–UAE deal to produce LNG.

On 18 July, the same day as the signing between France and the UAE, the price of oil spiked by several percentage points in the wake of President Biden’s trip to Saudi Arabia, during which he failed to convince his Arab allies to boost crude supplies.

“It looks pretty dire for this winter now – as to whether we’ll get to the targets we need for storage,” Brian Gilvary, the executive chairman of Ineos, one of Europe’s largest gas consumers, told Bloomberg Television.