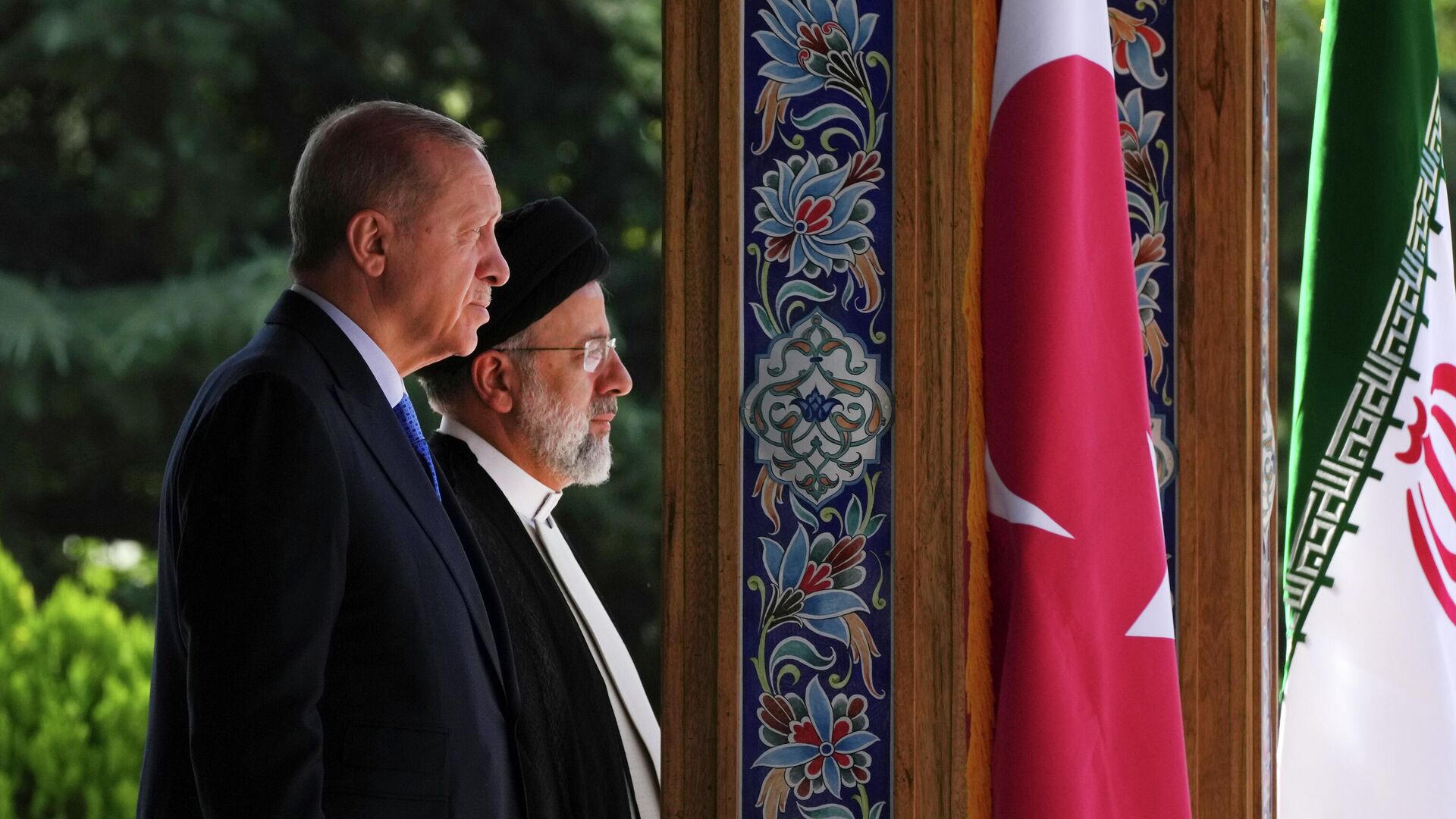 Iranian President Ibrahim Raisi and his Turkish counterpart Recep Tayyip Erdogan met in Tehran on 19 July to sign cooperation agreements in the energy and trade sectors that are worth $30 billion annually.

During a press conference in Tehran, Raisi said trade relations between both countries were not at the optimum level, but that Iran and Turkey had a serious will to upgrade agreements.

Raisi went on to speak about the recent agreement that would establish joint factories to extend energy contacts with Iranian gas companies for 25 years. He emphasized the possibility of Ankara and Tehran expanding their bilateral relations.

Erdogan remarked that the two nations could potentially cooperate in their defense sectors, with the Iranian president highlighting the necessity of strengthening the protection of joint border security between the two states.

He pointed out that the “west deals with double standards on terrorism, while Iran calls for fighting terrorism under any name,” and that Iran and Turkey must affirm the territorial integrity of Syria, continuing to say that Turkey and Iran can play a role in regional and international security.

Ankara urged Iran that both countries must fight against “terrorist organizations,” such as the Kurdistan Workers Party (PKK) and International or People’s Protection Units International (YPG), two armed groups that Ankara deems to be a threat to their borders.

“As you know, we have now included them in the NATO records. They are troublemakers that disturb the peace in whatever country they are in. Therefore, we need to continue our struggle against them in solidarity,” Erdogan said during a news conference with his Iranian counterpart in Tehran.

On the same day, Russia’s Gazprom confirmed they would invest $40 billion in Iran’s oil and gas fields, as part of an agreement signed with the National Iranian Oil Company (NIOC).

The agreement was the largest in the history of Iran’s oil industry.

Earlier this month, it was announced consumer prices in Turkey increased by five percent in June, bringing annual inflation to 78.6 percent.

Inflation in Turkey has been fueled by the devaluation of the Turkish lira, which began in September last year as a result of Ankara’s controversial economic strategy that promotes growth by pushing the central bank to cut interest rates.

Experts believe that inflation could top 100 percent by the fall.