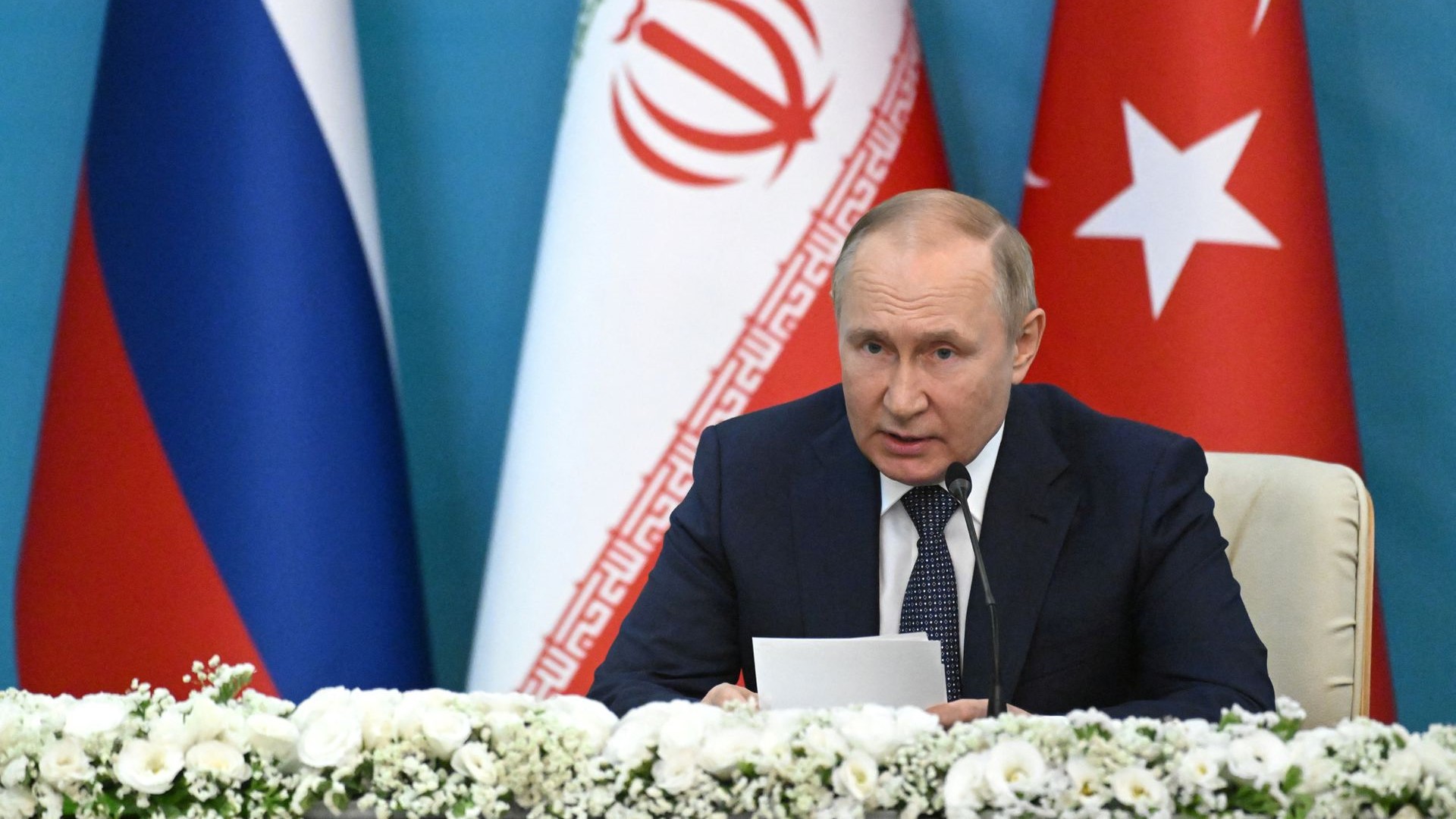 Russian President Vladimir Putin has called on the US government to stop its practice of looting Syria’s natural resources.

“We have common positions on the Euphrates River regarding the need for US forces to leave this land, and they must stop looting [from] the Syrian people by illegally extracting oil,” Putin said on 19 July during a press conference at the conclusion of a tripartite summit in Tehran.

The leaders of Russia, Turkey, and Iran gathered in the Iranian capital for the seventh summit of the Astana Process – which seeks to establish a political solution to put an end to the Syrian war.

“Russia is concerned that there are regions which are still out of the State’s control under support of western countries, [on top of this] the US continues, along with its tools, looting Syria’s natural resources,” the Russia president added.

Putin also stressed the need to return the area east of the Euphrates to the “legitimate authority of the Syrian government.”

Last month, US occupation troops smuggled over 100 tanker trucks filled with oil plundered from Syria’s vast oil fields. Dozens of trucks packed with Syrian wheat were also smuggled into US bases in Iraq.

According to the UN World Food Programme (WFP), nearly 60 percent of Syria’s 21 million people are food insecure, lacking secure access to sufficient, safe, and nutritious food. Meanwhile, more than a million Syrians are “severely food insecure,” or unable to survive without humanitarian assistance.

US troops and their proxy militia in northern Syria – the Syrian Democratic Forces (SDF) – are in control of most resources in Hasakah and Deir Ezzor governorates, and have been regularly smuggling Syrian oil out of the country to sell it abroad.

While the US claims its presence in Syria aims to prevent the country’s vast oilfields from falling into the hands of ISIS, Damascus maintains the deployment of US occupation troops is illegal and only meant to drain the country of its resources.