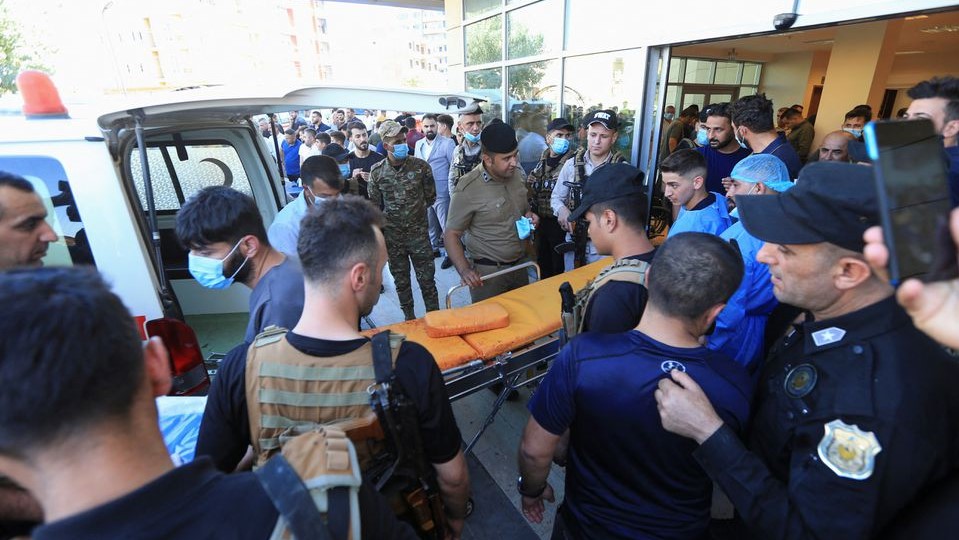 Crowds outside a hospital after a Turkish attack in Zakho, Iraq on 20 July 2022. (Photo credit: REUTERS/Ari Jalal)

Turkish artillery fire struck a tourist resort in northern Iraq on 20 July causing the deaths of at least nine civilians, including two children.

The resort is located in the Parakh village in Zakho district in the Dohuk province of Iraq’s Kurdistan region.

Baghdad has officially blamed Ankara for the tragic assault, while the latter has deflected the blame onto militants belonging to the Kurdistan Workers’ Party (PKK).

“This brutal attack underscores the fact that Turkey ignored Iraq’s continuous demands to refrain from military violations against Iraqi territory and the lives of its people,” Kadhimi said.

The Iraqi foreign ministry also issued a statement declaring its intention to follow up on the matter diplomatically.

“The Iraqi government strongly condemns the shelling of the tourist resort in the city of Zakho … and will give a maximum diplomatic response, starting with an appeal to the UN Security Council,” the statement reads.

Protests took place in front of the Turkish embassy in Baghdad, according to reports from Al Mayadeen.

Widespread anger in Iraq as Iraqi citizens in Najaf burn the flag of Turkey, after Turkish airstrikes killed dozens of young Iraqi tourists including a 1 year old baby. pic.twitter.com/SJImndIgwO

While Ankara claims Baghdad supports their military activities against the PKK, the Iraqi government has categorically denied such a statement, confirming there is no cooperation or approval for Turkish military actions inside Iraq.