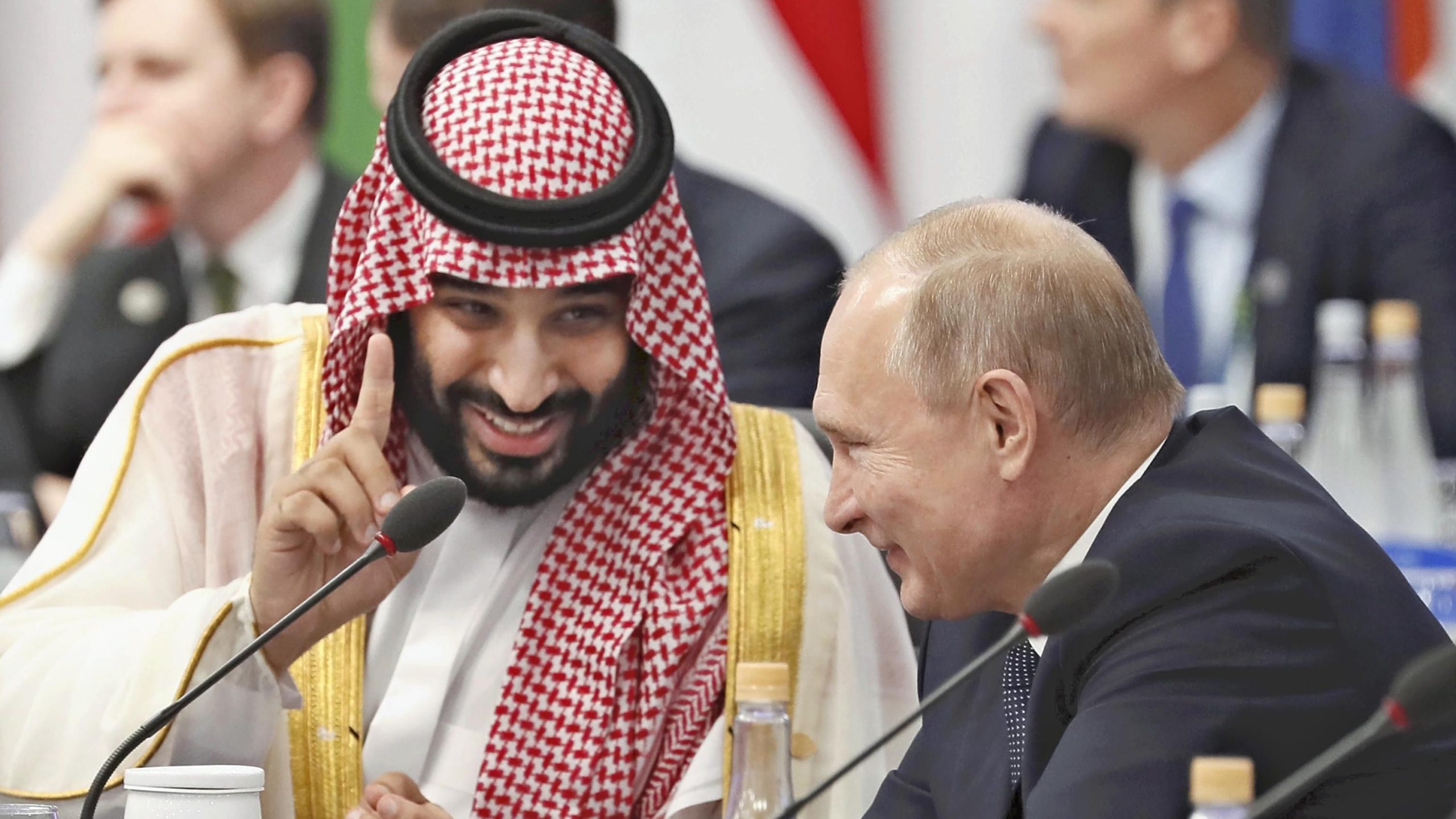 According to a readout provided by the Kremlin, Putin and MbS noted that OPEC and its allied producers “are consistently fulfilling their obligations in order to maintain the necessary balance and stability in the global energy market.”

The two leaders also discussed the war on Syria, as well as Putin’s trilateral meeting in Tehran this week with his Turkish and Iranian counterparts.

The conversation between Putin and MbS came just six days after US President Joe Biden attended a summit of the GCC+3 with nine Arab leaders in Jeddah, during which he failed to convince his allies to increase their oil output.

Following his return to Washington, the price of oil spiked by several percentage points, with Brent crude futures stabilizing at around $105.47 a barrel on 22 July.

Aside from failing to secure output increases – which would alleviate the worst inflation the US has seen in decades – the US president also failed to walk away with concrete advancement on the idea of a NATO-style military alliance.

Western nations are experiencing a dire fuel crisis as a result of sanctions imposed on Russia’s energy sector.

Gas prices in the US have skyrocketed, hitting record highs of more than $5 per gallon on average in mid-June, and currently standing at about $4.58 – up from $3.12 one year ago, according to the American Automobile Association (AAA).

Last week, reports revealed Riyadh had doubled its imports of Russian fuel oil in order to cover internal demand and free up some of its own supply for the west.

Since the start of the NATO-instigated war in Ukraine, Washington’s main partners in the Gulf have ignored pleas to increase oil production levels. Saudi Arabia and the UAE have instead chosen to tighten their cooperation bonds with Russia.

A month ahead of Biden’s visit to the kingdom, OPEC+ agreed on a larger than expected rise in output, a step welcomed by Biden.

However, according to sources who spoke with Reuters, Riyadh consulted closely with Moscow before pushing for the production hike.