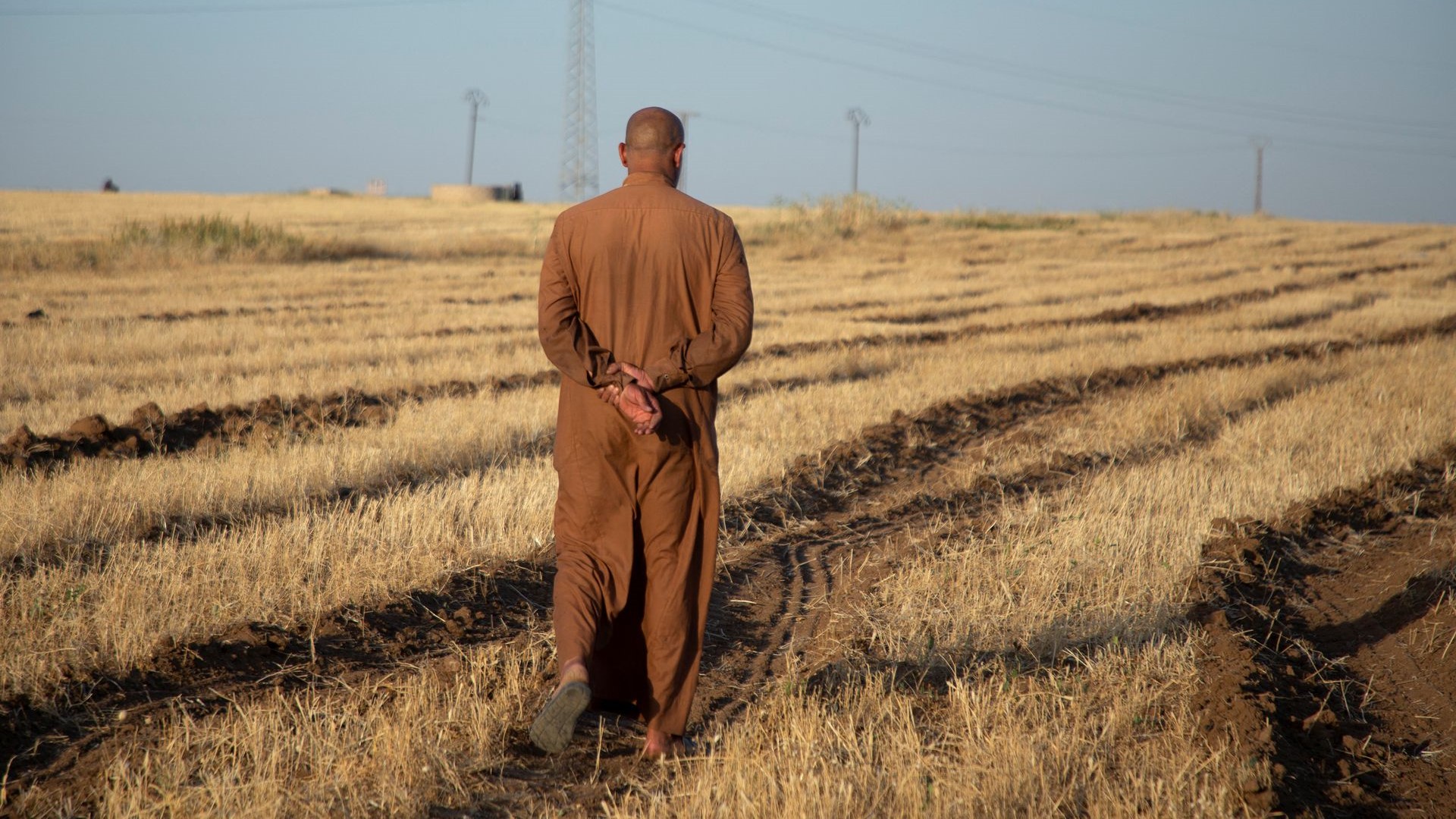 A farmer walks along his field near the city of Qamishli, in northeastern Syria on 30 June, 2022. (Photo credit: REUTERS/Orhan Qereman)

Wheat production in Syria has seen a major slump this year, as insufficient rainfall and fuel shortages deal a major blow to the war-affected country.

The crisis is further exacerbated by the ongoing theft by US occupation forces of Syrian oil and wheat.

Last month alone, the US army smuggled dozens of trucks filled with Syrian wheat to their bases in Iraq.

US-backed Kurdish authorities in the occupied northeast say they do not expect this year’s harvest to meet the needs of their region, let alone allow for supplies to other parts of Syria.

Soaring fertilizer prices as a result of the NATO-instigated war in Ukraine are also causing havoc, leaving farmers in the resource-rich northeast region unable to use large portions of their fields.

“We are extremely concerned about the overall food security situation. Food costs have risen dramatically, production and supply has been low and the indications for the next harvest are very worrying,” Imran Riza, UN Resident Coordinator and Humanitarian Coordinator in Syria, told Reuters.

Syria’s grain output dropped from an annual average of 4.1 million tons prior to the western-sponsored war, to an estimated 1.05 million tons in 2021, according to the Food and Agriculture Organization (FAO).

The World Food Programme (WFP) says 12.4 million Syrians, or close to 70 percent of people in the country today, are food insecure.

Earlier this week, Russia and China called on the US government to stop its practice of stealing Syria’s natural resources.

“We have common positions on the Euphrates River regarding the need for US forces to leave this land, and they must stop looting [from] the Syrian people by illegally extracting oil,” Putin said on 19 July during a press conference in Tehran.

In the same vein, China’s Foreign Ministry spokesman Wang Wenbin said on 21 July that the US is exhibiting “bandit behavior” in Syria.

“The Syrian Republic is by no means the only country in West Asia whose food security and living standards are under threat by the implications of Russia’s war with Ukraine. These states will also be inflicted by the burden of rising oil and gas prices which directly increase the cost of shipping, manufacturing, and general prices of goods and services. These, in turn, will add further strain to families faced with reduced purchasing power.”

Azzi also noted that Syria was the only Arab state which was self-reliant in wheat production, and that it once had the most productive agricultural system in all of West Asia.