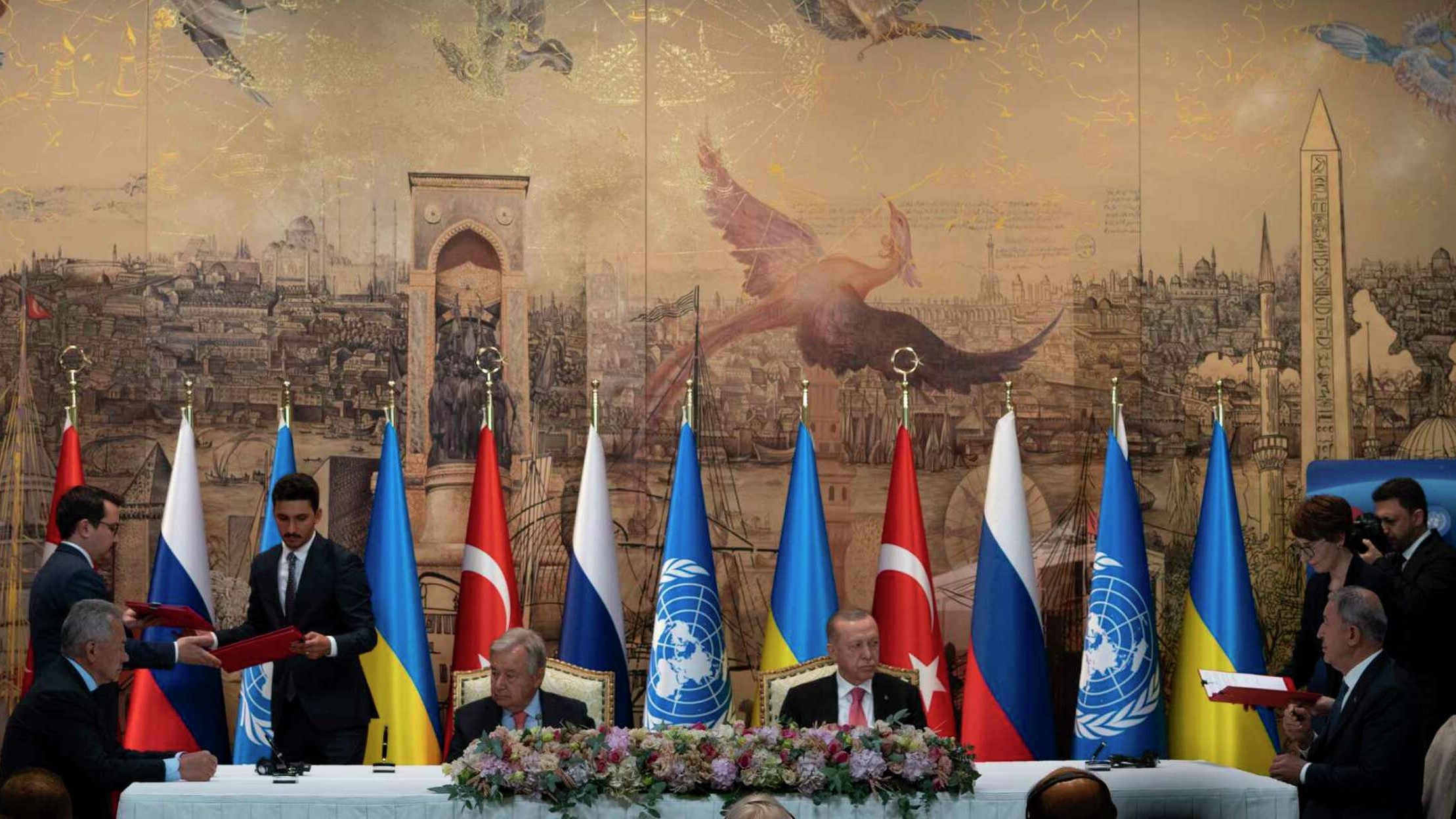 A four-way agreement to allow safe passage of Ukrainian grain exports in the Black Sea was signed on 22 July between Russian, Ukrainian, Turkish, and UN officials.

The deal would unfreeze the export of 20 million tons of grains from the harvest of the previous year, worth about $10 billion, according to Ukrainian President Volodymyr Zelensky.

Aside from grain, the export of sunflower oil, fertilizer, and other agricultural and food-related products will also enter the world market.

The deal would ease a food crisis that is the result of a combination of unprecedented sanctions against Russia as well as naval mines placed by Ukrainian armed forces in the Black Sea, which prevent commercial ships from safely entering Ukrainian ports.

A UN official confirmed that the deal additionally eases some restrictions on Russian exports of fertilizer and grains, and that the US and EU gave assurances that their sanctions would not apply to the shipment of these specific commodities.

Russian Defense Minister Shoigu reaffirmed Moscow’s pledge to not use the de-mining of Ukrainian waters as a cover to launch a naval attack on coastal areas of Ukraine.

During a visit to Ankara on 8 June, Russian Foreign Minister Sergei Lavrov criticized Ukrainian President Zelensky for refusing to discuss the clearing of mines.

The deal will lead to the restoration of pre-war levels of grain exports to 5 million tons per month.

The word ‘ceasefire’ was not used in the language of the deal, but a de facto ceasefire would apply to the limited geographic passageways that the cargo ships will use in the Black Sea as they make their way to the Bosphorus strait in Turkey, and towards their final destinations in world markets.

The Russian and Ukrainian delegation did not shake hands during the signing of this deal, mediated by Turkey and the UN.

The deal would be implemented and monitored by a Joint Coordination Center in Istanbul where representatives from Russia, Ukraine, Turkey, and the UN will be present.

“Today, there is a beacon on the Black Sea. A beacon of hope … possibility … and relief in a world that needs it more than ever,” said UN Secretary General Antonio Guterres said.

The deal took place just in time for the expected annual grain harvest for the year 2022.