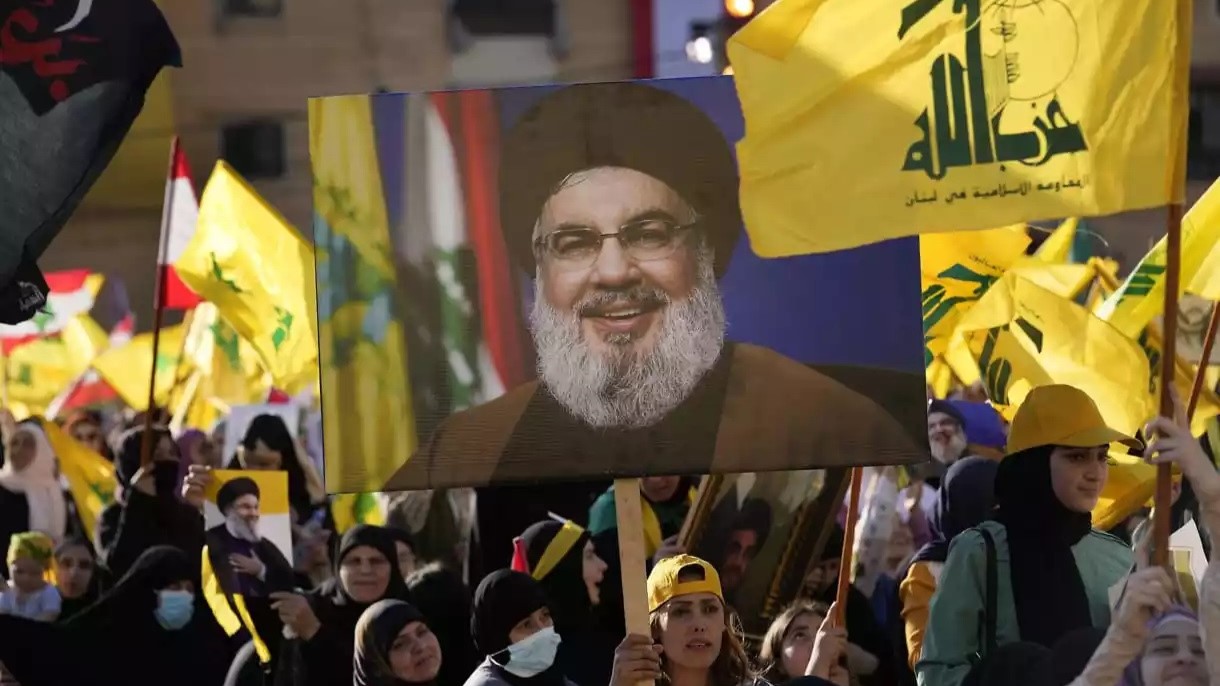 During an exclusive interview with Al Mayadeen TV to commemorate the 40th anniversary of the founding of Hezbollah, the group’s secretary general doubled down on his pledge to protect Lebanon’s natural riches.

“The Lebanese state is incapable of making the right decision that would protect Lebanon and its riches. Therefore the resistance must take this decision,” Sayyed Hassan Nasrallah said.

“All fields are under threat, not only Karish, and no Israeli target at sea or on land is out of reach of the resistance’s precision missiles,” he added.

Regarding a possible confrontation with Israel over these resources, Nasrallah said that “the matter depends on how the enemy, the US and the Europeans will act,” highlighting that Lebanon needs a commitment to “the borders stipulated by the Lebanese state and ending the veto on the companies extracting oil.”

“US President Joe Biden came to the region for gas and oil, and the [additional resources] that Saudi Arabia and the UAE can offer will not solve the issue of Europe’s needs.”

“The United States and Europe need oil and gas, and Israel sees an opportunity in that,” Nasrallah highlighted. “Biden does not want war in the region [as he is already busy with another war on another front], and this is an opportunity to pressure [them] for our oil.”

“If the extraction of oil and gas starts in September before Lebanon retrieves its rights, we are heading toward a confrontation,” the Hezbollah chief warned. “We have set a goal that we will seek to achieve no matter what, and we will resort to anything to this end.”

He also revealed that dozens of Hezbollah drones have entered and returned from occupied Palestine over the past years, with Israel failing to shoot them down.

Lapid also refused any compromise over the wealth it could generate in light of the global energy crisis.

Nasrallah has previously said that the path Lebanon finds itself on is “heading towards what’s worse than war,” in reference to Lebanon’s unparalleled economic meltdown.

“If the situation heads to war, the Lebanese people must trust the resistance that will be able to impose Lebanon’s will on the enemy,” Nasrallah told Al Mayadeen, adding that “the resistance has enough manpower and military and financial capabilities to subjugate Israel.”

“When things reach a dead-end, we will not only stand in the face of Karish … Mark these words: we will reach Karish, beyond Karish, and far, far beyond Karish,” the resistance leader pledged.