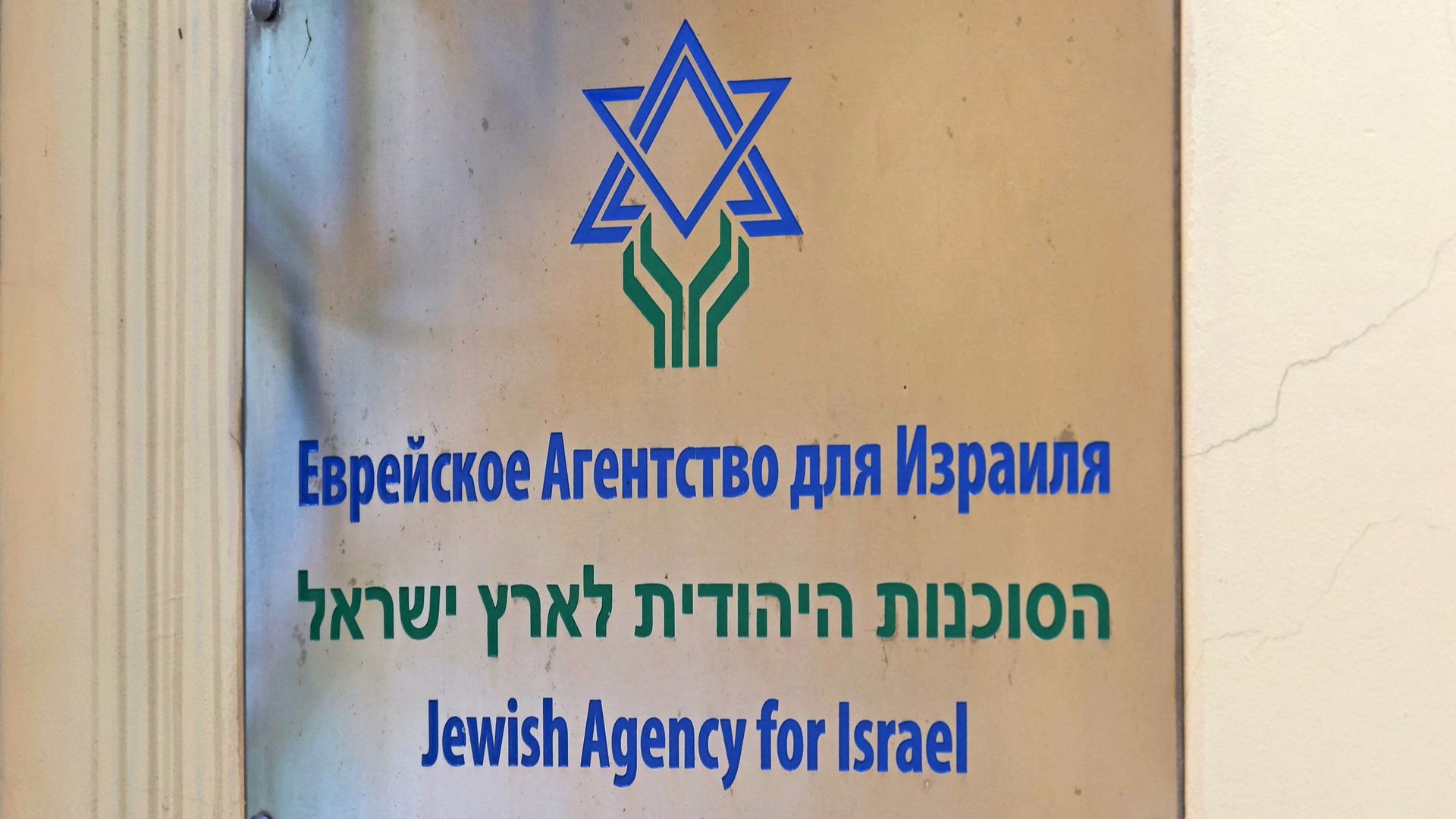 Sign at the entrance to a Russian branch of the Jewish Agency for Israel, in Moscow, Russia 21 July, 2022. (Photo credit: REUTERS/Evgenia Novozhenina)

The spokesperson for the Russian Foreign Ministry, Maria Zakharova, says that the fate of the Jewish Agency for Israel in Russia falls solely under the jurisdiction of the  Justice Ministry.

“It’s a question for the Justice Ministry. That’s the information I have. It definitely is a legal matter,” Zakharova said, during an interview on Solovyov Live TV on 26 July.

Last week, the justice ministry ordered the dissolution of the Russian branch of the Jewish Agency in response to a lawsuit against the NGO in Moscow’s Basmanny District Court.

The ministry filed the case on 15 July and a hearing has been set for 28 July.

The Jewish Agency for Israel is an international organization that operates as a non-profit in order to promote the migration of Jewish settlers to the occupied Palestinian territories.

Zakharova then went on to say that Israel’s ongoing support of Ukraine since the start of the war “raises questions.”

“The statements coming out of Israel are biased and completely non-constructive,” Zakharova said. “When anti-Russian assessments are given by the Israeli leadership at different levels, and when the policy is pro-Ukrainian and in favor of the regime in Kiev, questions are raised.”

Russia has criticized the presence of Israelis in Ukraine and expressed its concerns over Israelis fighting alongside neo-Nazi battalions.

According to Hebrew media, applications by Russian Jews looking to emigrate to Israel have more than doubled in recent weeks.

Since February, nearly 20,000 Russian Jews and 16,000 Ukrainian Jews have left for Israel.

As this diplomatic crisis develops, Israeli President Isaac Herzog said on 25 July that Tel Aviv is trying to keep a low profile and is awaiting a decision from the courts in Moscow.

“I believe that the less we speak about it, the better we’ll be. It will allow proper treatment of the issue,” Herzog said.

“Russia is an important country. There could be numerous different scenarios and explanations to why and how this happened,” Herzog said.

“Let’s let the issue play out. The less we talk about it and the more we do, the better,” he added.