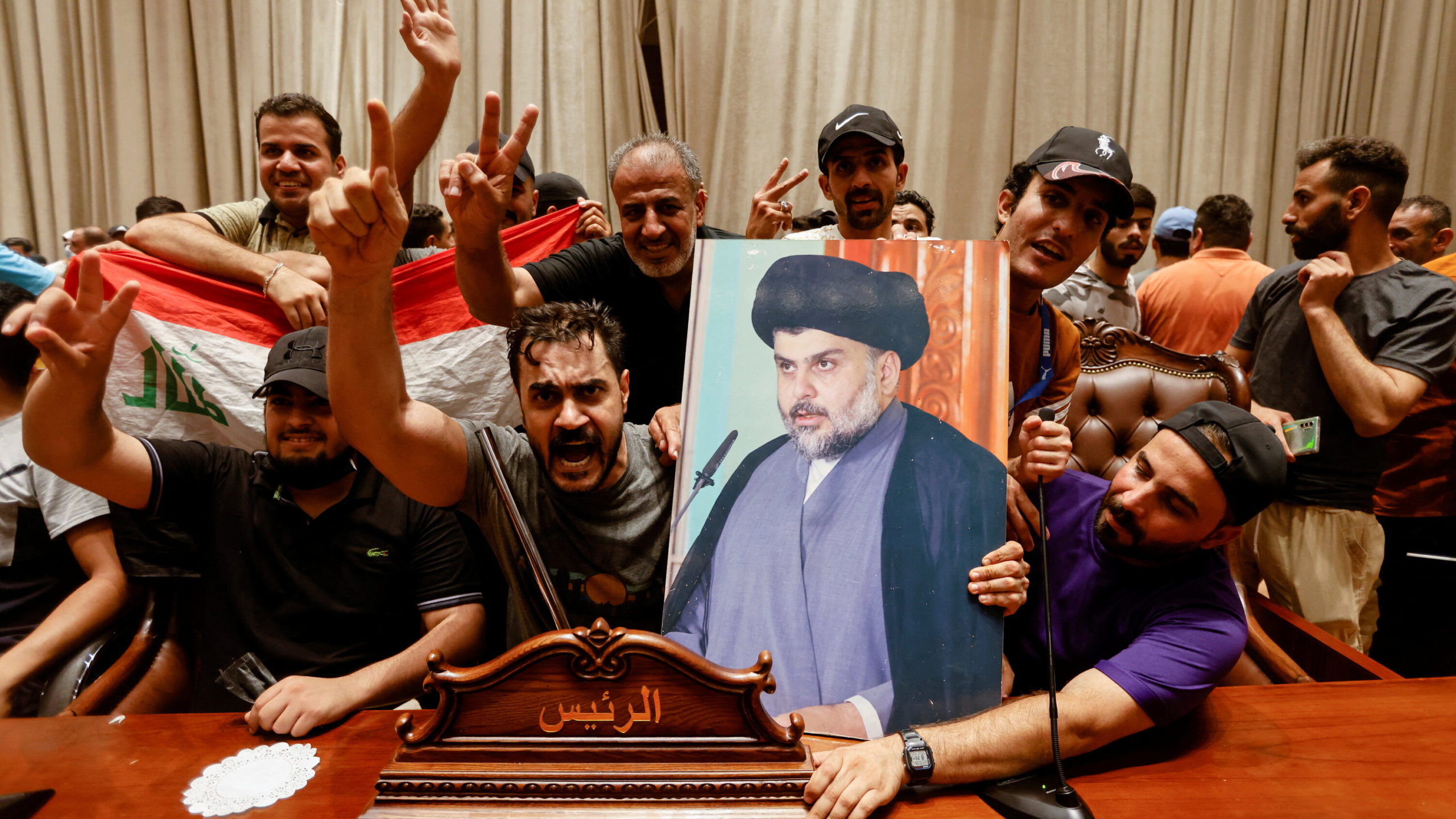 While police fired tear gas in a bid to stop the protesters, the crowds managed to surge forward and enter parliament, waving national flags, taking photographs, chanting, and cheering.

No lawmakers were present in the building at the time, and protesters retreated after about two hours at the orders of the leader of the Sadrist movement, Muqtada al-Sadr.

Al-Sadr said the parliament breach carried a “message of peace and reform.”

His supporters mobilized on 27 July to oppose the nomination of Mohammed al-Sudani for the post of prime minister by the Coordination Framework (CF).

Before Al-Sudani can face parliament and be seated officially as prime minister-designate, the parties must first select a president.

The CF is an ad-hoc group of Shia-majority parties, drawing lawmakers from the party of former premier Nouri al-Maliki and the Fatah Alliance, the political arm of the Popular Mobilization Units (PMU).

Since the order by Al-Sadr to all his lawmakers to resign from parliament last month, and since his announcement of retirement from Iraqi politics, the CF has been leading negotiations to form a new government for Iraq.

Al-Sadr’s political bloc won 73 seats during parliamentary elections in October 2021, making it the largest faction in the 329-seat parliament.

However, for months, the Shia cleric has failed in his attempts to form a government, plunging Iraq deeper into its longest-ever political deadlock.

As the crisis continues to unfold, caretaker Prime Minister Mustafa Kadhimi remains at the helm of the country. If parties cannot agree on a new government, Kadhimi might stay on as caretaker until new elections can be held.

Earlier this month, hundreds of thousands of worshippers loyal to Al-Sadr attended a Friday prayer service in Baghdad, in yet another display of his political might.