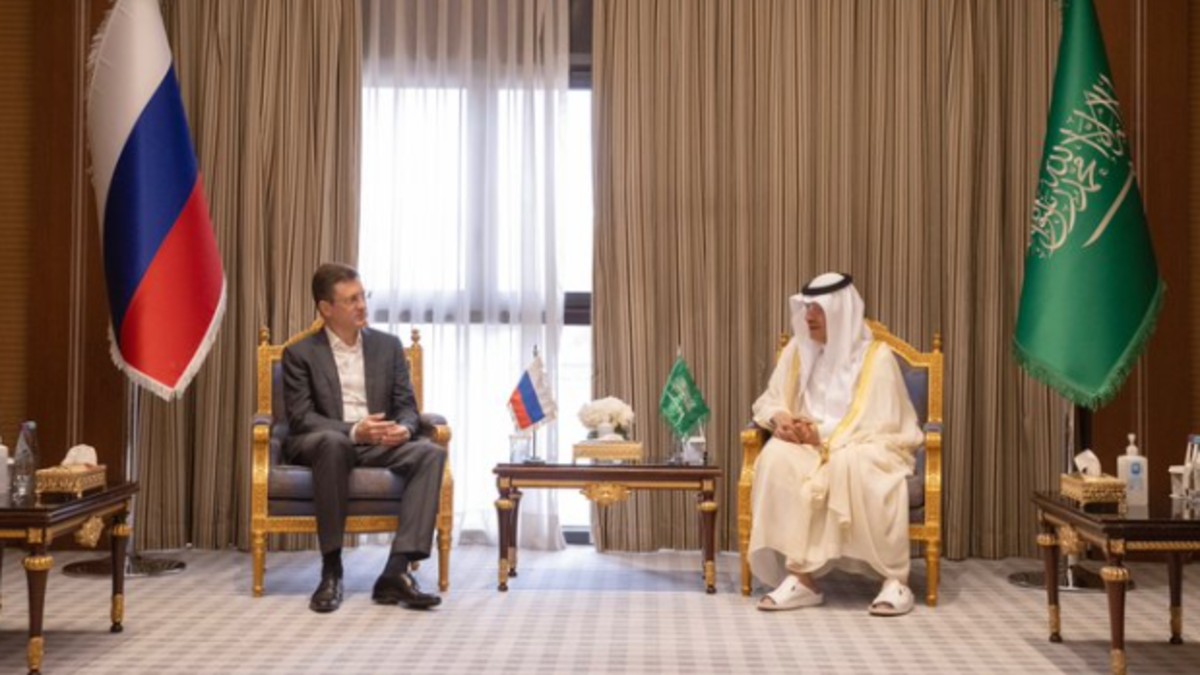 The meeting reinforced Riyadh and Moscow’s commitment to the OPEC+ agreement to preserve a stable oil market and maintain supply and demand, according to a Russian government statement.

Moscow and the kingdom “are firmly committed to the goal of the OPEC+ agreement on preserving market stability and restoring the balance of supply and demand,” the Russian statement said.

The meeting, which will set quotas for oil production in the hopes of balancing global prices, comes ahead of an OPEC+ meeting scheduled to take place on 3 August.

It also comes one day after reports that OPEC+ and its allies are considering keeping oil output unchanged this month, despite calls from the west and the US to increase output.

Earlier this month, the kingdom more than doubled the amount of Russian oil it imported during the second quarter of 2022, fulfilling summer cooling demand and freeing up the kingdom’s own crude for export, according to data reviewed by Reuters.

Russian oil has been available at a discount in the wake of the severe economic sanctions imposed on Russia following its military invasion of Ukraine.

According to a readout provided by the Kremlin, Putin and MbS noted that OPEC and its allied producers “are consistently fulfilling their obligations in order to maintain the necessary balance and stability in the global energy market.”

The conversation between Putin and MbS came just six days after President Biden attended a summit of the GCC+3 with nine Arab leaders in Jeddah, during which he failed to convince his allies to increase their oil output.