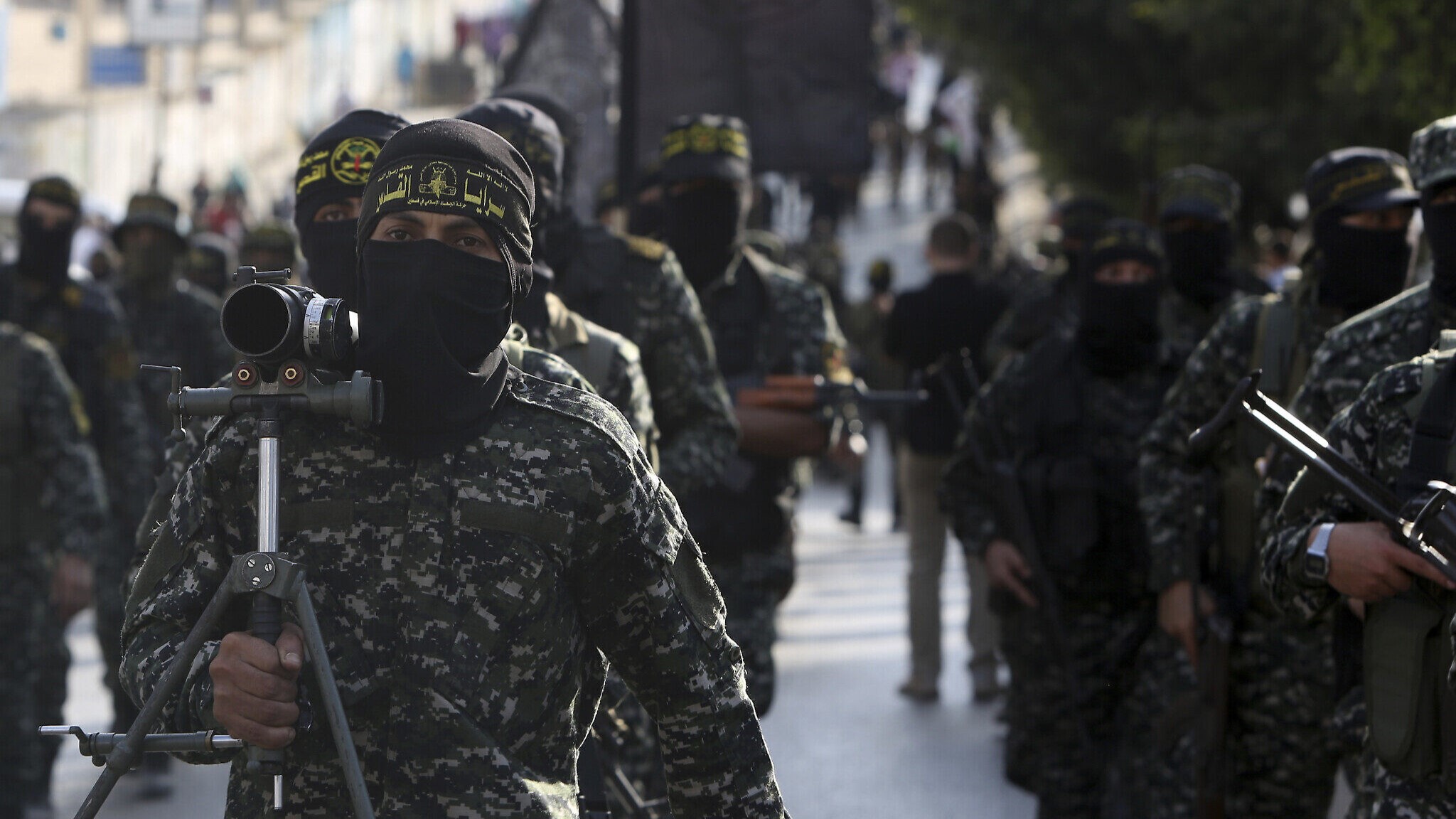 Members of the Al-Quds Brigades, the military wing of the Palestinian Islamic Jihad, march during a rally in Gaza, 4 October, 2018. (Photo credit: AP Photo/Adel Hana)

As a “precautionary step” against possible retaliation from the Palestinian Islamic Jihad (PIJ), Israeli troops closed off several main highways along the besieged Gaza Strip on 2 August, hours after the arrest of a senior leader.

The PIJ leader’s son-in-law, Ashraf al-Jada, was also arrested during the operation.

In a statement, the Palestinian Prisoners’ Society (PPS) said that the Israeli army assaulted Al-Saadi’s wife during the arrest, adding that she had to be hospitalized due to the injuries sustained.

Following the arrest operation, the PIJ’s armed wing — the Al-Quds Brigades — announced “a state of alertness and readiness among its fighters and active combat units.”

Al-Saadi, 61, is a former prisoner who was last arrested in 2018, before being released in 2020. Two of his sons were killed during Israel’s large-scale invasion of the Jenin refugee camp in 2002.

Qadri Abu Bakr, the head of the PA commission, said they “hold the occupation’s government fully responsible for the life of the captive Al-Saadi, and for the execution of the martyr Dirar al-Kafrini.”

Over recent months Israel has intensified raids in Jenin as part of efforts to quash rising armed resistance from the city’s refugee camp.

At least 60 Palestinians have been killed by Tel Aviv’s forces since the start of 2022, with at least a third of them coming from Jenin.

The refugee camp was also the setting for the murder of Al Jazeera journalist Shireen Abu Aqla Nasri on 11 May, when an Israeli sniper shot her in the head, despite her body armor clearly being labeled PRESS.

Between Sunday night and Monday morning, over 40 Palestinians were arrested in raids across the West Bank.