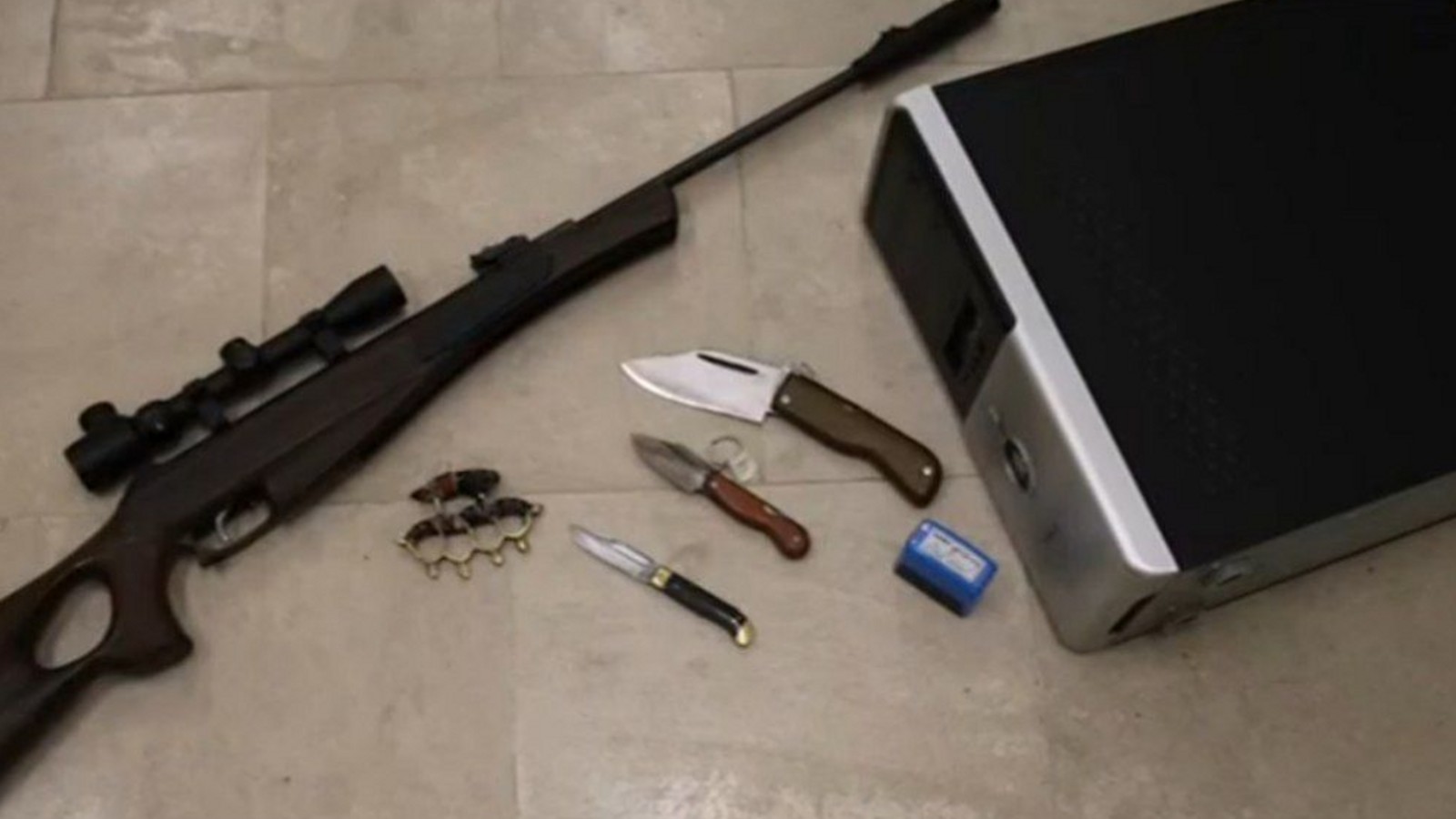 Weapons found in one of the anti-ISIS operations. (Photo credit: IranIntl.com)

The Iranian Ministry of Intelligence reported on 4 August that its forces apprehended 10 militants linked to ISIS under the suspicion of planning attacks on religious gatherings during the month of Muharram.

These arrest operations were carried out in two different locations in southern and western Iran and lasted for three days. Reportedly, two intelligence officers were injured during a gunfight with the militants.

According to the ministry, the ISIS members were set to attack religious processions during the month of Muharram, which started on 30 July. Muharram is known as the second holiest month in Islam, and marks the martyrdom anniversary of Imam Hussein, the third Shia Imam.

The ministry said it confiscated weapons, explosive equipment and communications devices. Allegedly, the group entered Iran through the border with Iraq, past the Kurdistan region.

“The Zionist criminal regime … this time around, tried to carry out its terrorist operations through takfiri ISIS teams,” the statement by the intelligence ministry reads, as officials believe Israel helped plot the attacks.

In recent months, Iranian authorities have been involved in efforts to uncover Israeli spy networks across the Islamic Republic, and have detained several members of Tel Aviv’s intelligence agency.

On 27 July, Iranian police dismantled a Mossad spy ring that was reportedly planning attacks and sabotage operations within the Islamic Republic.

“The five members arrested in this spy network were given various pledges from the Mossad, including financial promises, to gather information from important areas across the country,” a statement by the Iranian police intelligence organization said.

These operations come after a major reshuffling of the leadership of the intelligence service of the Islamic Revolutionary Guard Corps (IRGC), in the wake of several successful assassinations and sabotage operations allegedly carried out by Israeli agents.

The Iranian Ministry of Intelligence asked the Iranian people to be more vigilant about possible attacks, especially during the ongoing ceremonies of Muharram.