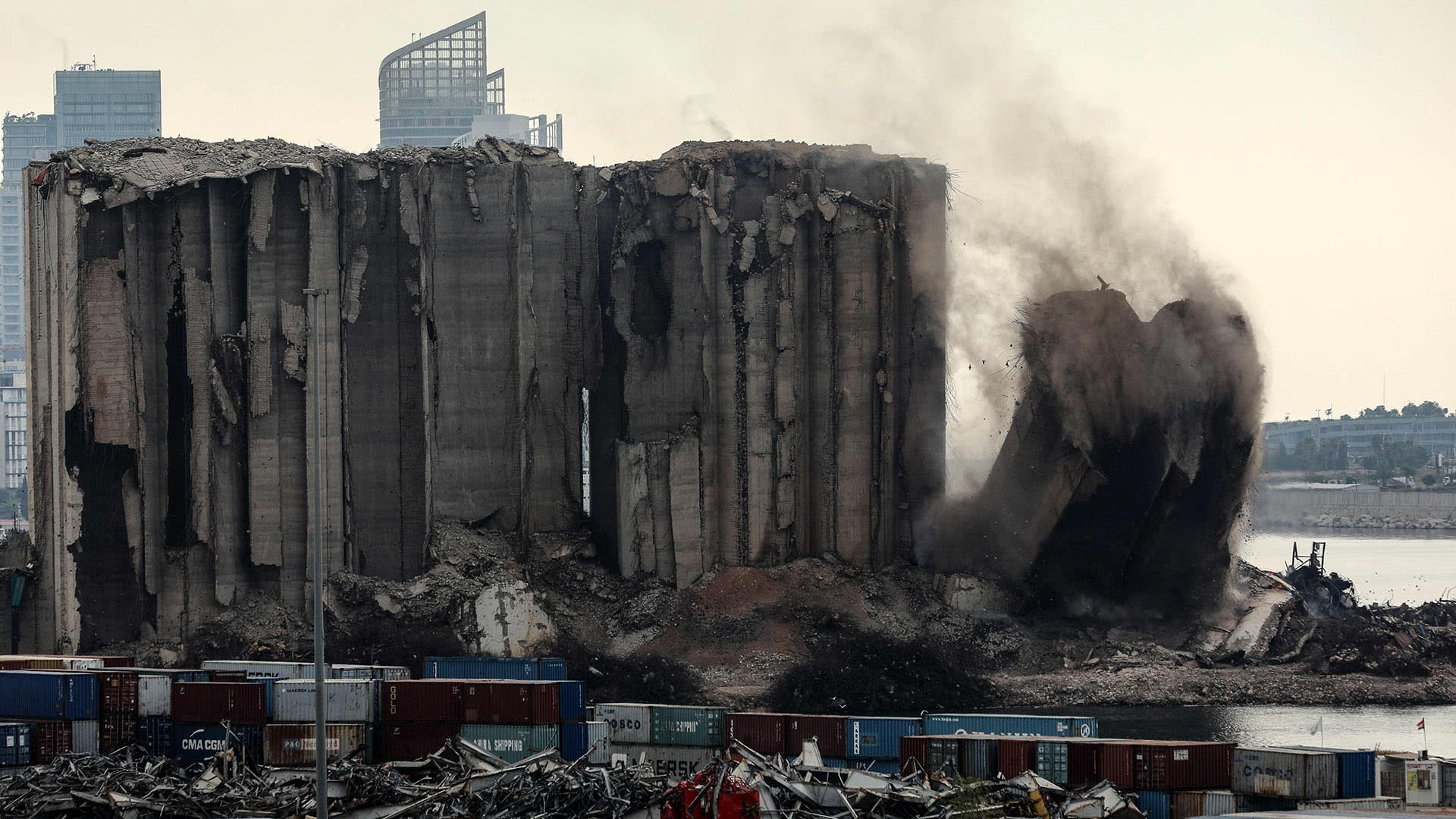 A large section of Beirut Port’s damaged grain silos collapse on the second anniversary of the blast that nearly destroyed the city. 4 August, 2022. (Photo credit: Yahoo)

Hezbollah Secretary General Sayyed Hassan Nasrallah has lambasted Lebanon’s mainstream media outlets and sectors of the political class for exploiting the Beirut Port blast to advance their own agenda.

“The first to be blamed by the families of the martyrs should be the media outlets and political parties who took advantage of the blood of their loved ones for their political gain,” the resistance leader said on 4 August, the second anniversary of the devastating explosion.

Nasrallah was speaking from the Central Ashura Council on the occasion of the seventh day of Muharram.

“This issue should no longer be politicized if you want to reach the truth, as all the Lebanese people were harmed by this incident,” Nasrallah added.

In the hours following the blast, Lebanese media and pro-US politicians immediately pinned the blame on Hezbollah, claiming the blast was either orchestrated by the resistance to destroy Christian neighborhoods, or that it was caused by weapons they had “stored” at the port.

Independent investigations from France and the US have determined the blast was most probably caused by a welding accident that set off hundreds of tons of ammonium nitrate, a highly explosive material improperly stored by the Lebanese army in Hangar 12 of the Port of Beirut since 2013.

No weapons were ever found at the blast site, and investigators ruled out the possibility of a missile or explosive device.

Last year, the US ambassador to Lebanon, Dorothy Shea, was involved in a plot to frame Hezbollah with 20 tons of ammonium nitrate that were confiscated by the Lebanese army in Baalbek.

However, one of the detainees arrested for possessing the explosive materials revealed the cargo actually belonged to Maroun al-Sakr, the brother of Ibrahim al-Sakr, an official in the US and Saudi-backed Lebanese Forces (LF) party.

Hassan Nasrallah also spoke about the investigation into the port blast, saying the lead judge is to blame for failing to make any real progress.

“We must return to rightful judicial work … The ones responsible for this crime should be held accountable and face the consequences,” Nasrallah concluded.