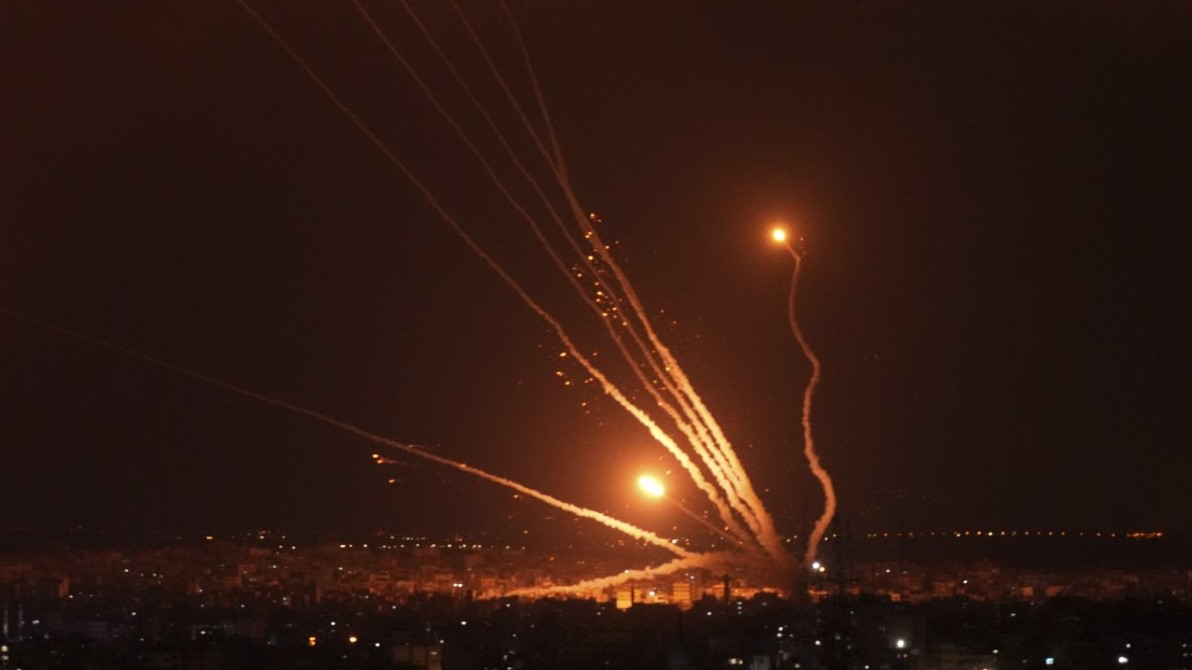 The Israeli army continued its offensive campaign on the Gaza Strip into the night of 5 August, killing at least 10 people and injuring dozens more.

Breaking News: More than 100 rockets fired from Gaza in response to an Israeli airstrike on a civilian building pic.twitter.com/X2OxwN7og6

According to Hebrew media, red alert sirens have been wailing across the illegal settlements, while public bomb shelters were activated in Tel Aviv under official instructions.

Tensions boiled over earlier on Friday after Tel Aviv bombed a civilian building in the heart of Gaza City, killing several, including a five-year old child.

Among the dead were also three commanders of the Palestinian Islamic Jihad (PIJ) resistance group, including the leader of the Al-Quds Brigades — the military arm of the PIJ.

The initial airstrikes by Tel Aviv targeted the seventh floor of Palestine Building, a residential block in the heart of Gaza City.

“We’ve just had Friday lunch and my children were playing. Suddenly a huge explosion hit the tower in which we live … We were very shocked as the place is full of civilians. I saw many casualties that were evacuated,” a resident of the building told Al Jazeera.

Ahead of Friday’s barrage, Israeli authorities imposed a unilateral closure of all crossings into Gaza, restricting the movement of aid, goods, and people.

Tel Aviv also increased its military presence around Gaza in the wake of the arrest of Bassam al-Saadi, a senior leader of the PIJ.

During one of these raids, an Israeli sniper shot Al Jazeera journalist Shireen Abu Aqla in the head, despite her wearing body armor and clear press markings.