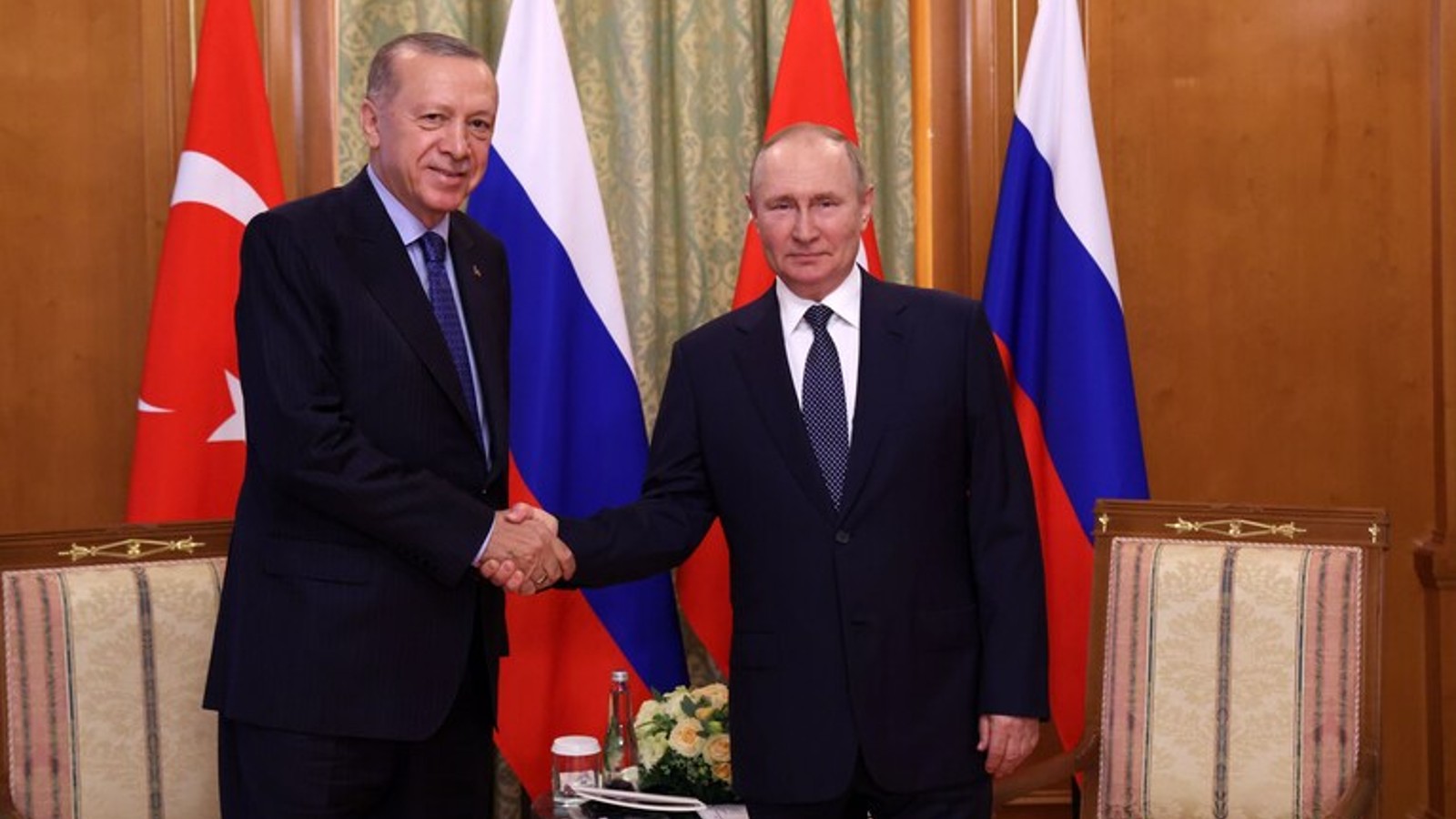 The agreement was made during a meeting between the two leaders in the Russian coastal city of Sochi.

After the meeting, Erdogan said it would “open a very different page in Turkey-Russia relations,” as the two countries brokered deals to deepen economic and energy cooperation with a focus on transport, agriculture, tourism, and construction.

For his part, Putin praised the TurkStream natural gas pipeline project, which funnels Russian gas to Turkey and southern Europe.

He also said Europe should be “grateful” to Turkey for allowing the uninterrupted passage of Russian gas to Europe, as the region now faces a major energy catastrophe after sanctions imposed on the Kremlin backfired.

“Despite the current regional and global challenges, the leaders reaffirmed their common will to further develop Russian-Turkish relations,” the Kremlin said in a statement following the four-hour meeting.

Turkey is one of the many countries across the globe that have refused to isolate Moscow over the war in Ukraine.

Ankara moving to make payments for Russian gas in rubles is notable as nations who are severely sanctioned by the west — including China, Iran, and Venezuela — have been working to establish alternative payment systems in recent years.

A statement released by the two presidents after the meeting also emphasized the importance of “the full implementation of the Istanbul agreement, including the unimpeded export of Russia’s grain, fertilizer and raw materials for their production.”

The leaders also spoke about the situation in Syria, saying they “reaffirmed their determination to act in coordination and solidarity in the fight against all terrorist organizations [in Syria].”

While the Kremlin said Turkey has “legitimate concerns for security reasons” in Syria, they also called on Ankara not to “destabilize” the war-torn nation.

“It is very important not to allow any action that could lead to destabilization of the situation in Syria, or that could jeopardize the territorial and political integrity of Syria,” Kremlin spokesman Dmitry Peskov said on Friday.

Despite opposition from Moscow, Turkey is backing several extremist groups in northern Syria and recently began a new military campaign to occupy the region.

Last month, the presidents of Iran, Turkey and Russia held a summit, aiming to establish a political solution for Syria and to end the US-backed war.