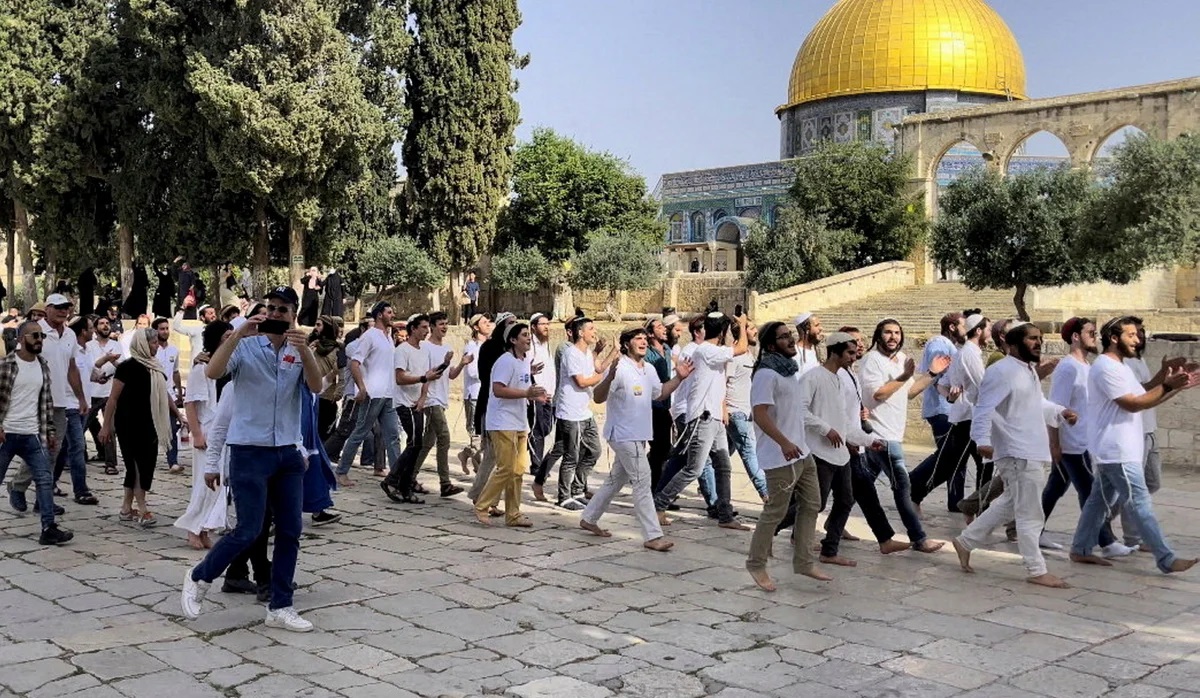 On the morning of 7 August, hundreds of Israeli extremists stormed the courtyards of Al-Aqsa Mosque in occupied East Jerusalem.

The assault on the Muslim holy site was organized by Jewish supremacist groups who call for the destruction of Al-Aqsa Mosque. They were escorted inside by heavily armed Israeli police and accompanied by far-right member of the Knesset Itamar Ben-Gvir.

The extremists performed Talmudic rituals and raised the Israeli flag, in direct contravention of long-standing agreements on the holy site.

As part of an understanding between Jordan – the custodian of Islamic and Christian sites in Jerusalem – and Tel Aviv, non-Muslim worshippers are not allowed to perform religious rituals inside the Al-Aqsa compound.

The settlers were confronted by Palestinian Muslim worshipers who knew of the raid and decided to stay overnight at Al-Aqsa to stop it.

This latest provocation by supremacist groups comes just as the Israeli army is carrying out a brutal bombing campaign of the besieged Gaza Strip.

As of Sunday morning, the death toll in Gaza reached 31, including seven children.

Overnight on Saturday, at least 21 Palestinians were arrested during raids across the occupied West Bank.

Israeli troops carry out near-daily raids in the West Bank, targeting populated Palestinian communities for arrests or searches. It was during one of these raids in Jenin that an Israeli sniper murdered Palestinian-American journalist Shireen Abu Aqla on 11 May.

Meanwhile, Israeli media reported on Sunday that sirens wailed in Jerusalem for the first time in over a year. Tel Aviv claims the Palestinian resistance in Gaza has fired “over 580 rockets” into the occupied territories.

The alarms sounded in the settlements of Neve Ilan, Har Adar, and the Israeli-Arab town of Abu Gosh.

Several Israeli settlers have been transferred to hospitals to receive treatment for light injuries and anxiety.

Tel Aviv says that, as of Sunday, 4,000 reservists have been mobilized. Defense Minister Benny Gantz, in coordination with interim Prime Minister Yair Lapid, approved the mobilization of the reservists under the “tzav 8” emergency call-up order.