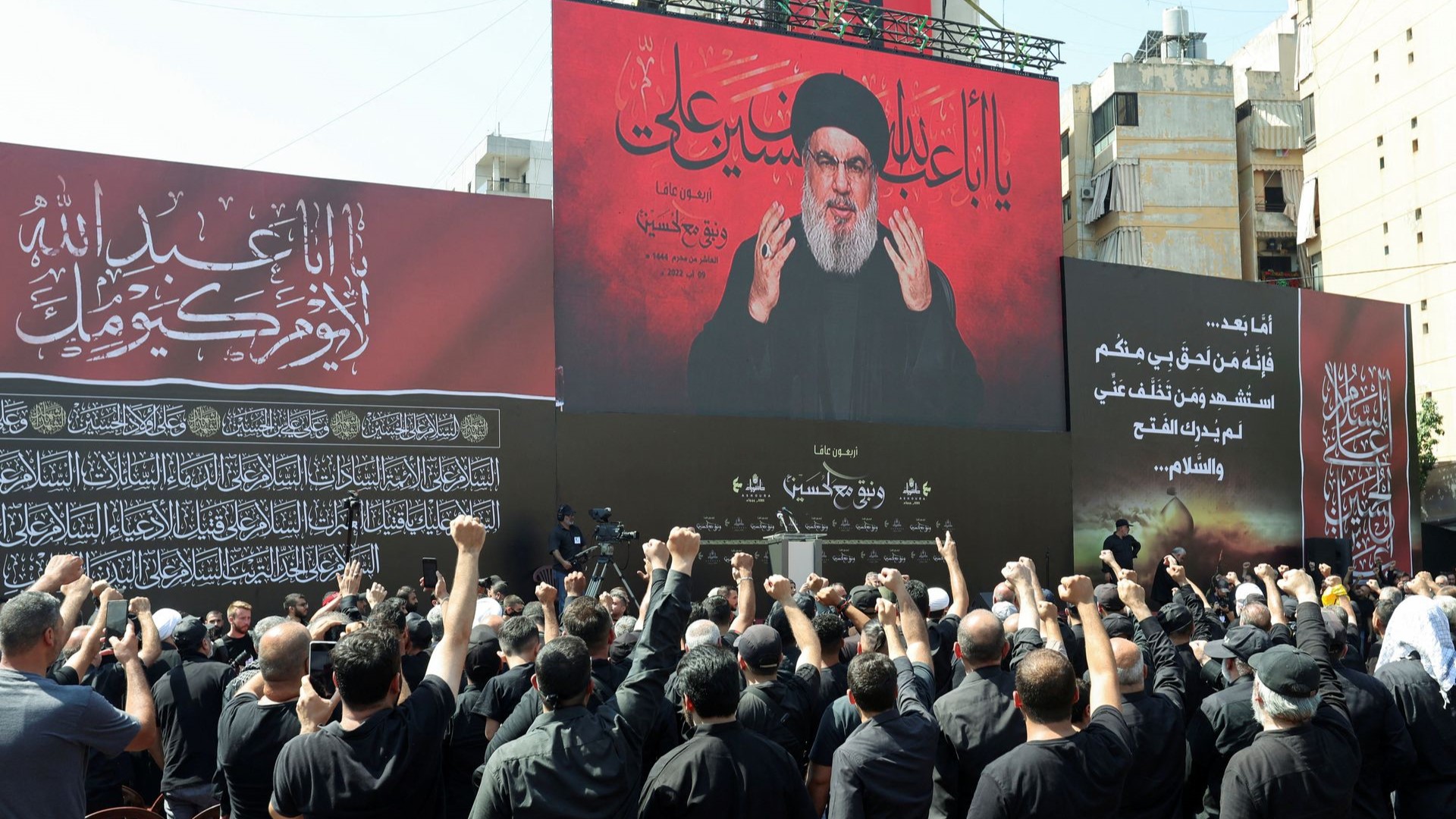 “I tell the Americans, who are presenting themselves as mediators although they are not, that we will not tolerate the looting of our resources and that we have reached the end of the line,” Nasrallah said during a televised speech on 8 August.

He was referring to an US-mediated maritime border dispute between Lebanon and Israel, as the two nations seek control of a gas-rich field off their shared coast.

Nasrallah also took aim at Israel, warning them against “making a mistake towards the resistance in Lebanon.”

He added that the resistance is “looking forward to a free and powerful Lebanon that is capable to defend its dignity and to invest its wealth.”

The most recent reports say Israel is looking to delay a deal with Lebanon over the Karish gas field until after Knesset elections in November. Israeli authorities are reportedly also considering delaying extracting gas from the field over concerns about Hezbollah’s threats.

Last month, the resistance group launched several drones towards the vicinity of the gas field, as a warning to the crews of two Israeli-contracted European vessels currently stationed above Karish.

Elsewhere in Monday’s remarks, Nasrallah spoke about Israel’s brutal attacks on the Gaza Strip, saying Hezbollah renews its commitment to the liberation of Palestine.

“Palestine is the central cause. We don’t expect mercy from the US, but we address those who claim they are Arabs. To be Muslims or Arabs is to support oppressed people,” Nasrallah said, blasting countries who have normalized ties with Israel, in particular Bahrain.

“The ugliest among those who normalized ties with the Israeli entity is the regime in Bahrain, who doesn’t tolerate the presence of a black banner, but allows the Zionists to tour in the kingdom” he said, referring to the flags raised during Ashura ceremonies, and Bahrain’s hypocrisy of welcoming Israelis.

The resistance leader also called for the end of western sanctions on Syria.

“Syria has overcome the global war waged on it, but it suffers from siege and sanctions, and therefore, relentless efforts must be exerted to lift the siege imposed on it,” Nasrallah said.