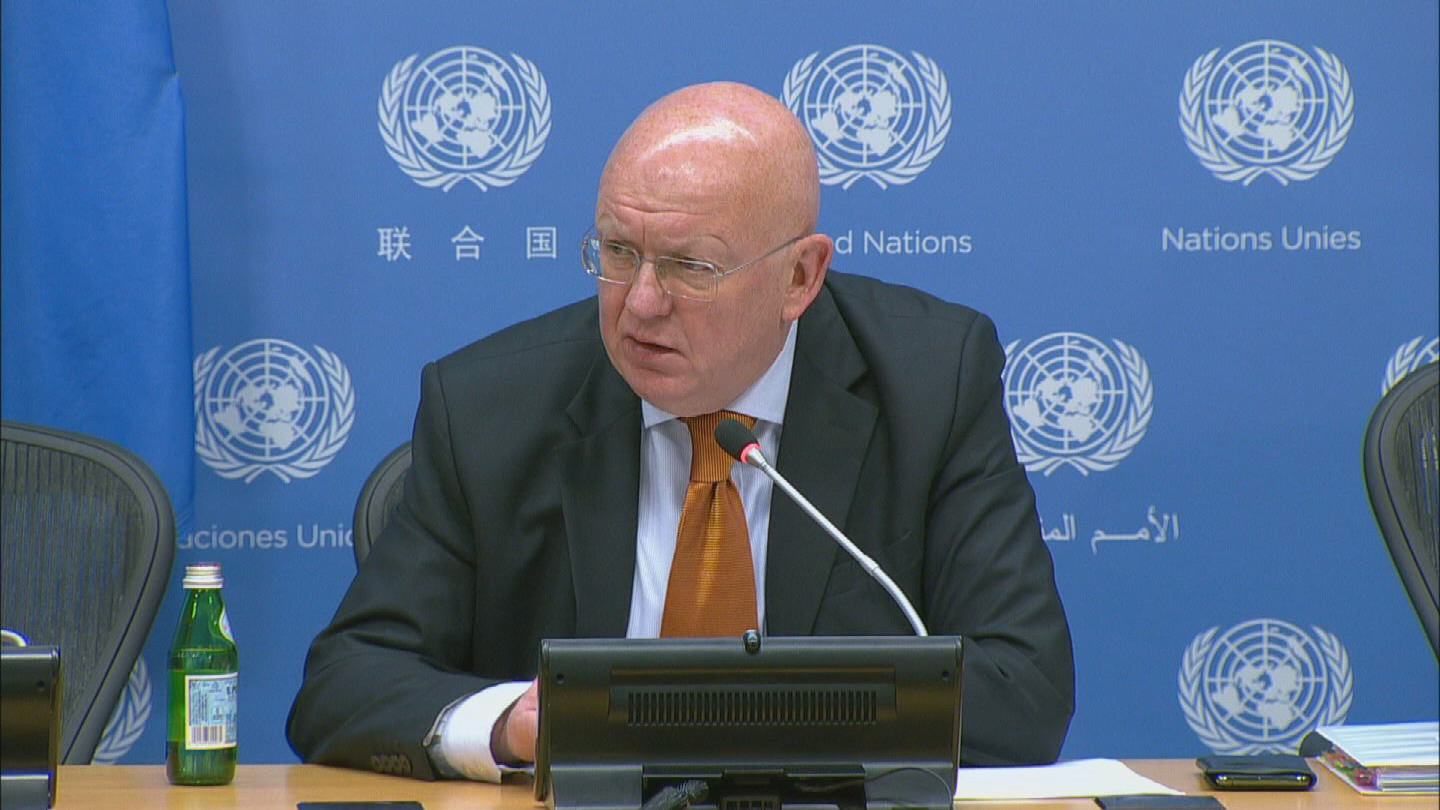 Russian ambassador to the UN Vassily Nebenzya said on 10 August during a meeting of the Security Council (UNSC), that armed extremist groups must be immediately eradicated from Syria, and that a withdrawal of illegally occupying US forces from the country will help facilitate this process.

“It is necessary to completely exterminate the remaining nests of international terrorism in Syria and to do away with the presence of… [Daesh]…and other groups in Syria,” Nebenzya said.

“The withdrawal of US occupation forces from Syrian territory would mean a swift and inevitable elimination of the terrorist presence in this much-suffering country and of terrorist networks in neighboring states,” the Russian ambassador added.

Nebenzya went on to say that armed groups in Syria, including ISIS, are operating in areas outside the control of the Damascus government, such as regions north and northeast of the country, where Turkish and US forces are stationed.

He also detailed an operation carried out by Moscow last week, in which the Russian air force targeted militants belonging to the US-backed Liwa Shuhada al-Karyatein Brigade in the US-occupied Al-Tanf region, near the Al-Badia desert.

Moscow has recently intensified its military cooperation with Damascus in an effort to help Syrian authorities regain full control of the country.

In mid June, a Russian drone strike targeted US-backed militants in the Al-Tanf base, marking the first time that Russian forces attack a US-occupied military base in Syria. After receiving a warning from the Kremlin in advance, the Pentagon alerted the fighters inside the base to move their positions.

That same month, Russian and Syrian forces carried out a joint-operation targeting remaining ISIS pockets operating in the Al-Badia desert.

Since the start of the Syrian conflict in 2011, the US has been illegally arming and financing extremist groups with the aim of toppling the Damascus government.

According to reports from April, US forces stationed in the Al-Tanf base are providing logistical and military support to ISIS militants in the region, taking advantage of the dirt roads that connect the Raqqah and Hama deserts.

The CIA is also actively working to recruit ISIS militants imprisoned by the US-backed Syrian Democratic Forces (SDF) in northeast Syria to join the fight against the Russian army in Ukraine.