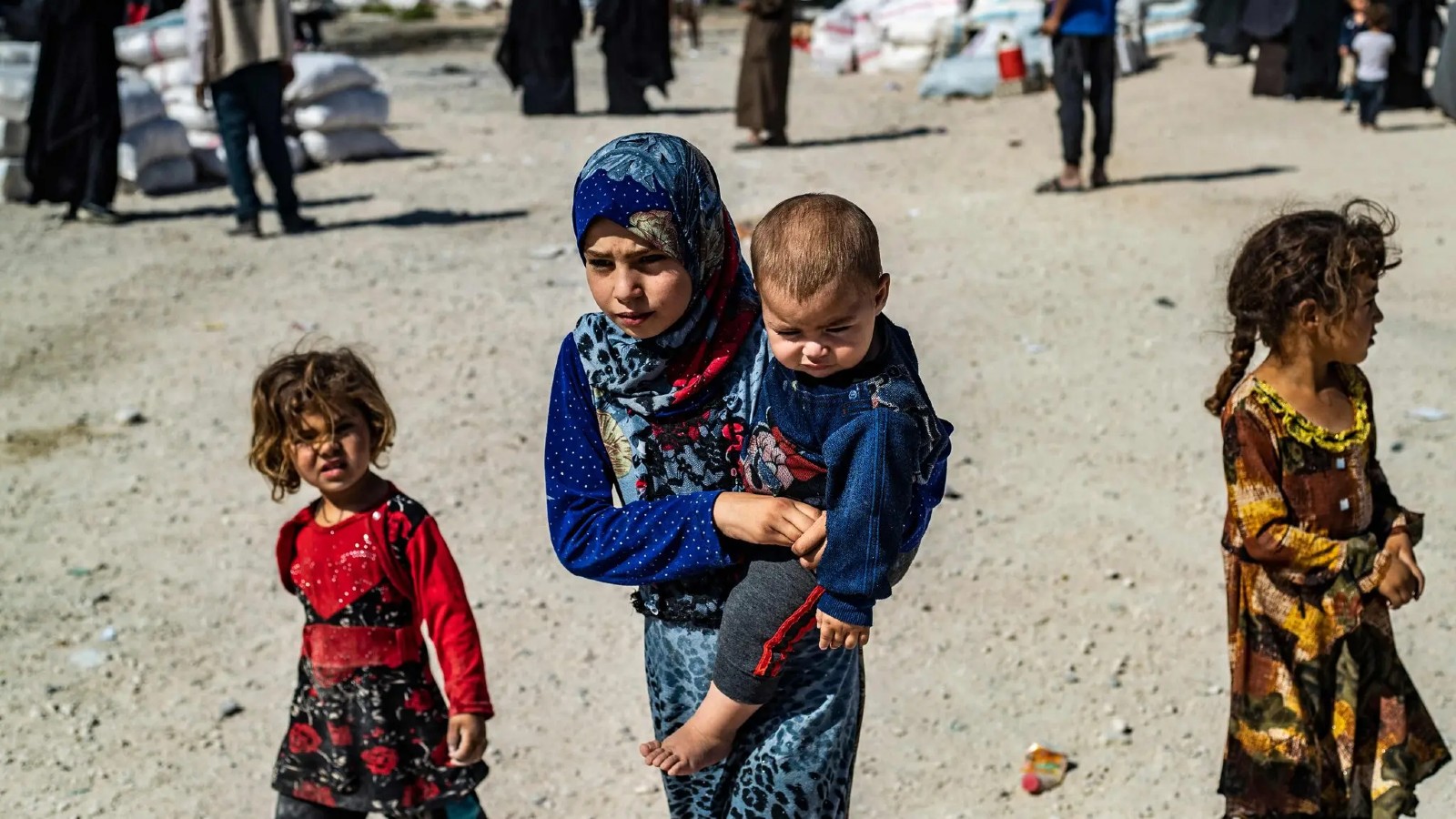 Children in the Al-Hawl refugee camp where the rate of violence inside the camp’s walls is always high. (Photo credit: Getty Images)

The Ministry of Migration and Displacement (MOMD) announced on 10 August that the Iraqi government is set to repatriate 500 families from the notorious Al-Hawl camp in northeastern Syria.

Ali Abbas Jahangir, the ministry’s spokesperson, told Iraqi News Agency (INA) that the government would cooperate with the security establishment to be able to repatriate the families.

According to the ministry and administrators of the centers, the families will have to undergo “security checks,” in order to be reintegrated into their places of origin; for example, Afghan areas with a Sunni majority, such as Saladin, Nineveh and Diyala.

Most of the returning families have expressed that they have faced discrimination from their communities for their alleged ties to ISIS. In early March, Iraqi officials stated that the country had repatriated 450 families from the refugee camp.

The US-backed Syrian Democratic Forces (SDF) run the Al-Hawl refugee camp, which is described as “dire and unsafe” and hosts families related to ISIS fighters that surrendered after the group lost its last stronghold in Baghuz by a US-led operation in 2019.

Reportedly, about 93 percent of the people residing in the camp are women and children.

After the defeat of the so-called ISIS caliphate in Syria and Iraq, tens of thousands of extremists’ relatives ended up in SDF detention camps. The Al-Hawl camp, divided into nine sectors, hosts up to 60,000, of which about half are Iraqi citizens and almost 20,000 are Syrians.

The camp also hosts over 8,000 foreigners of about 60 nationalities  in a separate area known as “the migrant sector.” They arrived in the camps because their parents were reportedly members of ISIS.

The local authorities and human rights organizations have repeatedly demanded that foreign states repatriate their citizens stuck in the camps. Western countries have mostly denied their citizens’ rights, in fear of a domestic political backlash.

According to the organization, in 2021, 74 children died in the Al-Hawl camp, including eight who were killed. The refugee camp is often under attack by clashes between SDF troops and ISIS elements.