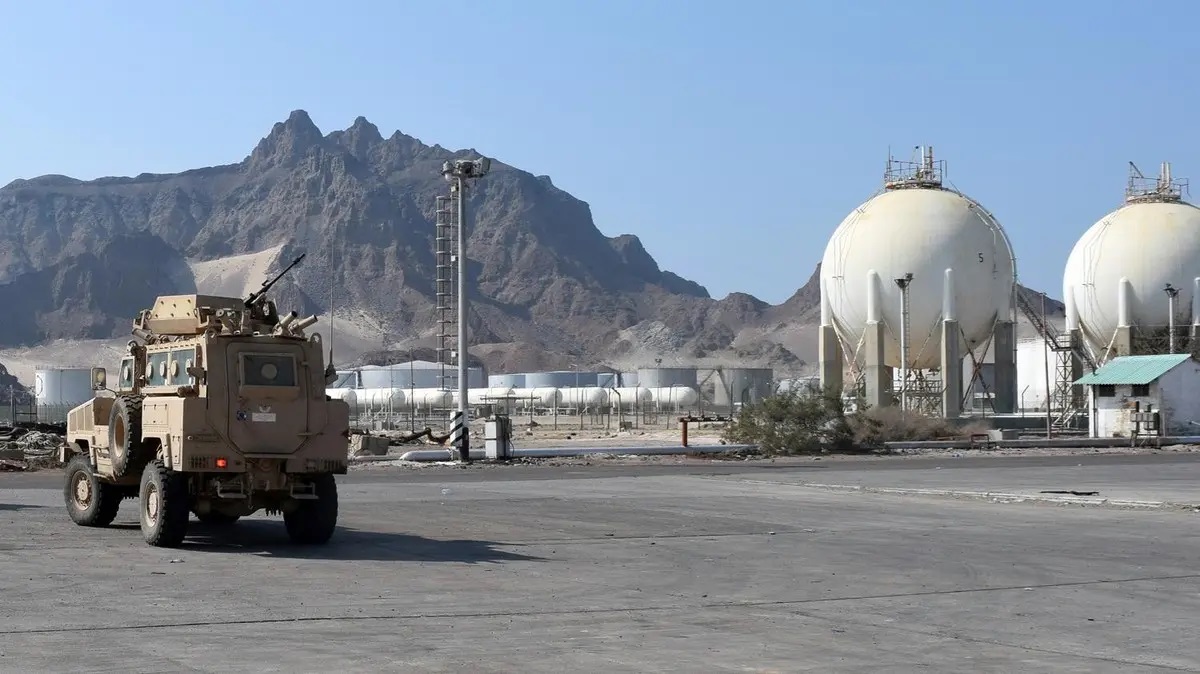 An Emirati army vehicle of the Saudi-led coalition is seen at the oil refinery in Yemen’s port city of Aden. (Photo credit: AFP)

Mahdi al-Mashat, the head of Yemen’s Supreme Political Council, says that the Yemeni people will not keep quiet about the incessant looting of their natural resources by the Saudi-led coalition.

“We denounce the [Saudi-led] mercenaries for plundering the Yemeni people’s national assets and depositing the proceeds in a Saudi National Bank (SNB) account,” Mahdi al-Mashat said on 10 August.

Saudi Arabia and its regional allies – backed by the US and with the support of NATO – launched a brutal war on the Arab world’s poorest country in 2015. Their objective was to reinstall the Riyadh-friendly government of Abd Rabbuh Mansur Hadi by crushing the Ansarallah resistance.

Al-Mashat says that, as a result of the war and looting, the country lacks the necessary resources to provide the most basic services to its people or to repair vital infrastructure damaged by the violence.

“The revenues of oil and gas looted by mercenaries are fairly enough to pay the salaries of civil servants and pensioners and promote development,” he added.

Yemen is calling upon the UN and the international community to put pressure on the Saudi-led coalition to fulfill their agreements per the recently extended truce agreement.

Al-Mashat also emphasized that the people from Yemen would “not remain silent about the ongoing looting of their wealth, whose profits are converted by mercenaries into companies and real estate abroad.”

Since the UN-brokered truce was put in place on 2 April and until 2 August, Riyadh’s forces pillaged almost $1 billion worth of Yemen’s natural gas and crude oil revenue.

With the help of Takfiri armed groups, Saudi and Emirati troops have occupied most of Yemen’s resource-rich southern and eastern regions.

From their side, Ansarallah officers have cautioned the world about the increasing military presence of US troops in Yemen, saying Washington aims to control the country’s vast oilfields, as they do in Syria.