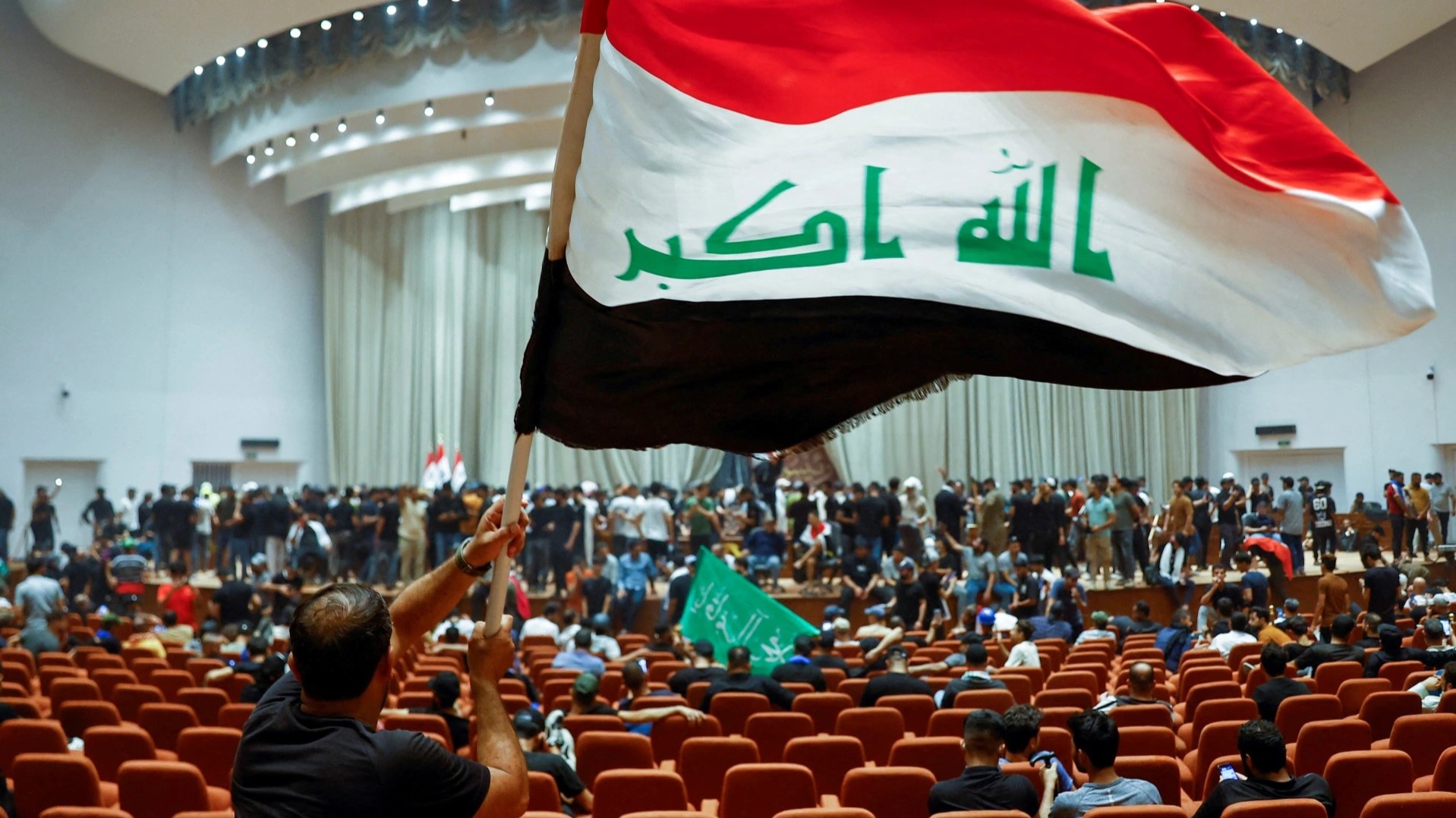 Iraq’s Coordination Framework (CF) leaders confirmed late on 10 August they would proceed with their constitutional mandate to form a government and choose a new president.

The announcement came just hours after the leader of the Sadrist Movement, Muqtada al-Sadr, gave the country’s judiciary system a one-week ultimatum to dissolve parliament.

Al-Sadr threatened officials with unspecific consequences if the Supreme Judicial Council did not meet his demands.

Without elaborating further, he tweeted that the judiciary “must dissolve parliament by the end of next week … if not, the revolutionaries will take another stance.”

The influential Shia cleric also urged his supporters to keep up the sit-in protest outside parliament in Baghdad’s heavily fortified Green Zone district, which has been ongoing since 30 July.

Despite these threats, CF leaders met to discuss the political process in Iraq, as part of their attempts to form a government and surpass the 10-month long political deadlock.

They also called upon the people to respect “all legal and constitutional steps to form a government and defend the democratic path” in Iraq.

On 8 August, Nouri al-Maliki, the leader of Iraq’s State of Law coalition, said that there would be “no Parliament dissolving, no regime change, and no early elections unless the Parliament resumes its sessions; it is where we discuss these demands and decide what to proceed with.”

Sadrists launched their siege of parliament in protest against the possible nomination of Mohammed al-Sudani for prime minister, a former cabinet minister with close ties to Al-Maliki.

Though the faction of Al-Sadr won the October elections by a landslide, his efforts to form a government without the involvement of the CF proved fruitless.