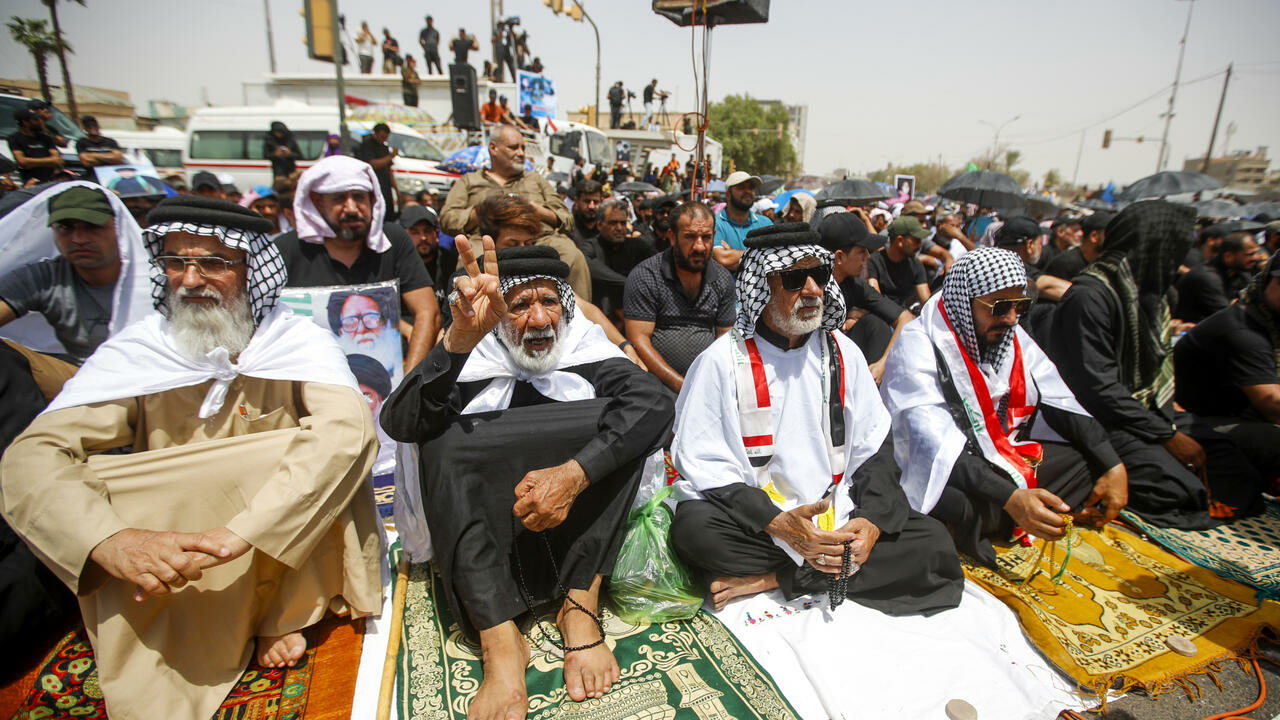 Iraq saw a day of mobilizations on 12 August, as supporters of the Coordination Framework (CF) and Shia cleric Muqtada al-Sadr took to the streets in nationwide protests to defend their different positions on how to overcome a 10-month long political deadlock.

Thousands of Sadrists gathered for Friday prayers outside parliament, in a continuation of a series of sit-in protests in Baghdad’s heavily fortified Green Zone district, which started on 30 July.

Meanwhile, the CF — a mainly Shia Muslim association of political parties — also launched a sit-in protest outside the Green Zone.

“We declare an open-ended sit-in to achieve our just demands, which are: to expedite forming a national service government with full powers following constitutional contexts to restore the prestige of the state and address the problems of the Iraqi citizen,” a statement by the CF reads.

The CF also called on different political forces, primarily Kurdish groups, to “resolve the issue of choosing the presidential candidate, and support the largest bloc’s candidate for prime minister.”

The opposing encampments are the latest turn in a standoff between Iraq’s rival Shia blocs, which has so far remained peaceful.

Muqtada al-Sadr, on 10 August, gave the country’s Supreme Judicial Council a one-week ultimatum to dissolve parliament and call for a new round of elections.

In response, the CF expressed its “full support to the Iraqi judiciary and its institutions, as it is the cornerstone of the Iraqi state.”

Sadrists have been fierce critics of the widespread corruption in the country, destroyed by the US-led war and the violence that followed.

Though Al-Sadr’s bloc won last October’s elections by a landslide, his efforts to form a government without the involvement of the CF proved fruitless.