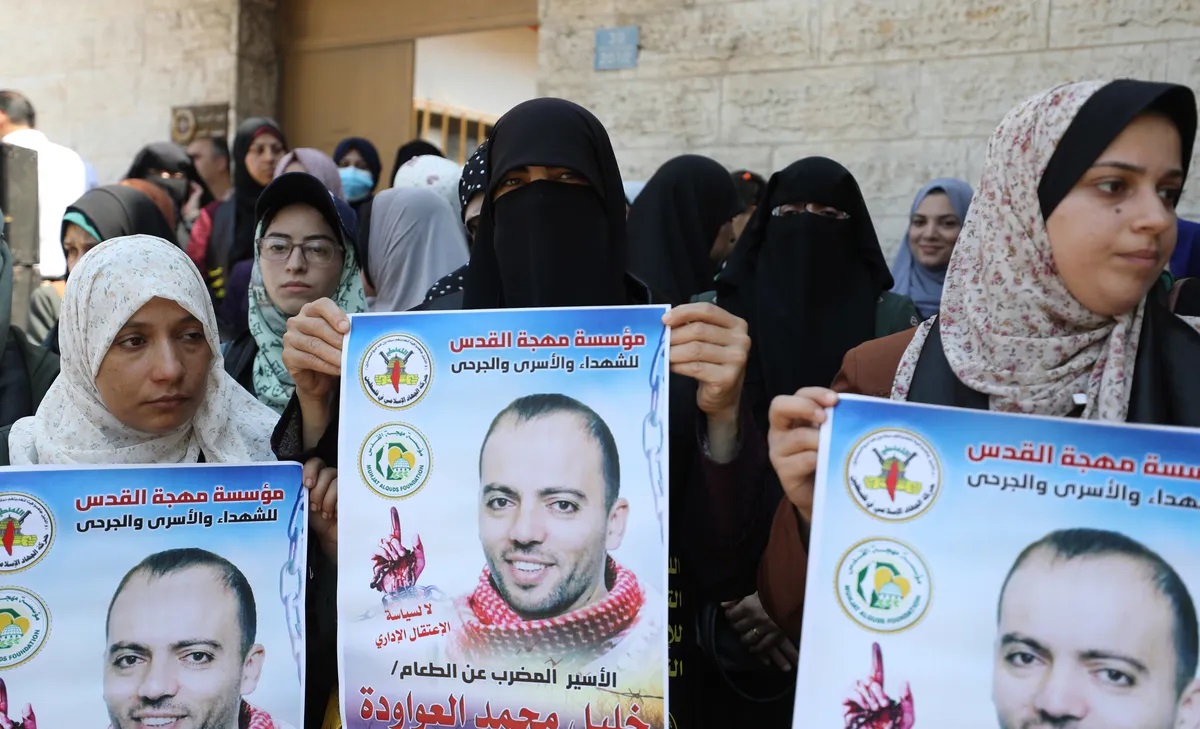 An Israeli military court on 15 August denied the release of Khalil Awawdeh, a Palestinian prisoner who has been on hunger strike for over 160 days.

This is the second time since the start of the Gaza ceasefire last week that Tel Aviv has refused to comply with the demands of the Palestinian Islamic Jihad (PIJ).

After three days of an intense bombing campaign inside the world’s largest open air prison, Egyptian mediators reached an agreement with Israel and the PIJ to stop hostilities on 7 August.

However, the PIJ made it clear that their demands included the release of Awawdeh and of Bassam al-Saadi, a resistance official detained in the West Bank.

According to the Samidoun, the Palestinian Political Prisoners Solidarity network, Awawdeh was moved to a hospital on the same day as his health severely deteriorated.

Israeli forces detained the 40-year-old father of four last December, without giving him a trial or charging him for a crime.

“I went on strike for freedom, and I have sacrificed a lot for the dearest and strongest need, freedom … my abstinence from food is not a rejection of life, but rather a rejection of chains,” reads a message from Awawdeh to his family.

Protests in support of Awawdeh have been organized in various parts of the world and Palestinian organizations launched a worldwide #FreeKhalil campaign.

Several Palestinians have gone on long hunger strikes to protest what Israelis refer to as “administrative detentions.

According to Israeli administrative detention law, a detainee can be held in prison on “secret evidence” without charge or trial for an indefinite period of time. Usually, the prisoners are held for six-month periods that are “renewable” for an undetermined amount of times, turning their detentions into years-long extrajudicial detentions.

Israelis have used the law to imprison thousands of Palestinians. The UN has criticized this policy, while human rights organizations describe it as a key component of the “apartheid system” in the occupied territories.

Israel currently holds approximately 4,450 Palestinian prisoners, out of whom 670 are in administrative detention, a figure that increased in March when Israel increased their nightly raids in the occupied West Bank.

According to the most recent figures published by prisoners’ rights organizations, 175 Palestinians detained in Israeli jails are children, and 27 are women.