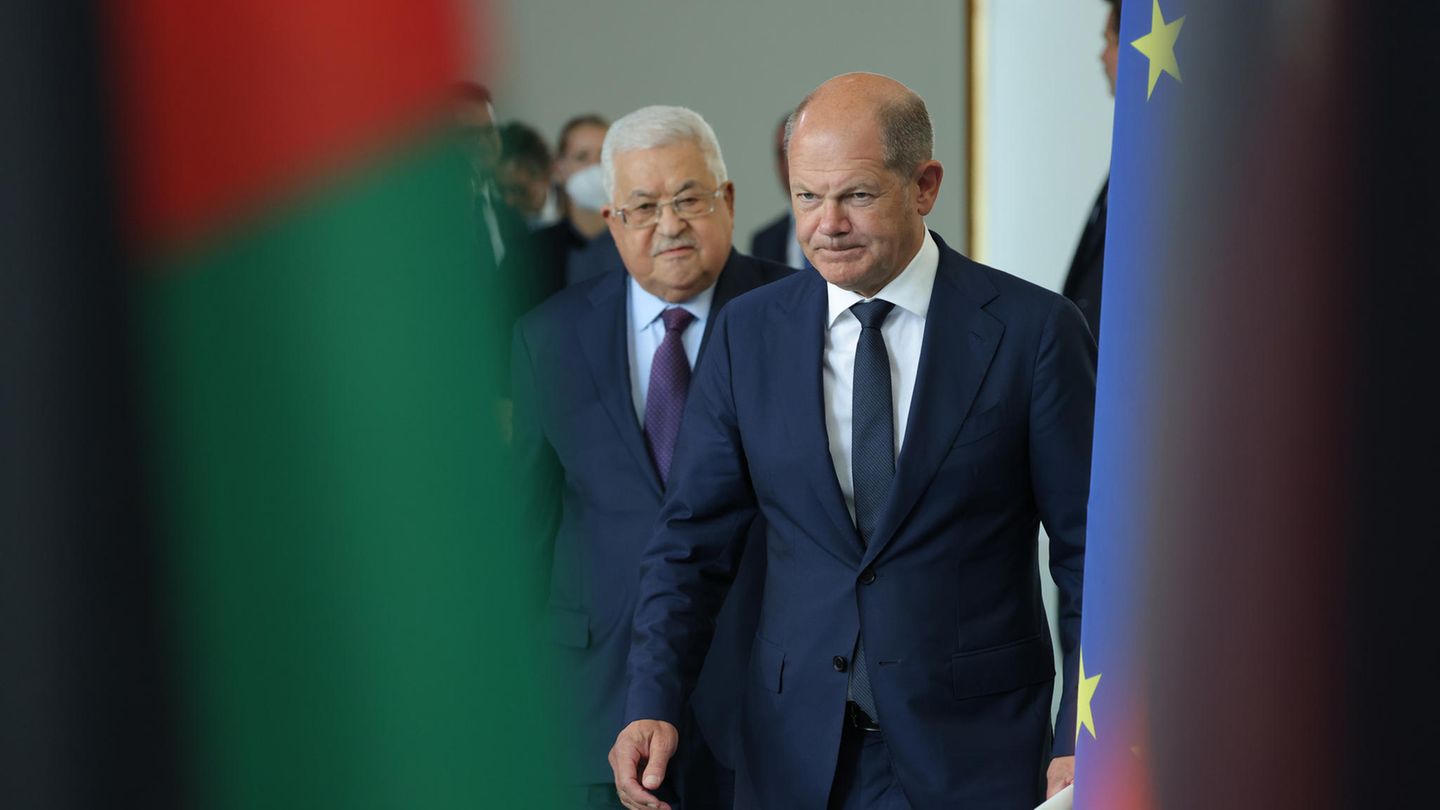 Remarks made by the President of the Palestinian Authority (PA) during an official visit to Berlin on 16 August sparked wide outrage, both in Germany as well as in Israel, for breaking a taboo.

During a press conference, President Mahmoud Abbas was asked by a reporter if, as the head of the PA, he had regrets about the Munich attack in September 1972.

The Munich massacre, as named by scholars, was perpetrated 50 years ago by the Palestinian resistance group “Black September” on German soil, and resulted in the death of eleven Israeli sportsmen and one German police officer.

Abbas evaded the question, and asked why there was a need to go over past events at this time.

“If we want to go over the past, go ahead. I [can name] 50 massacres that Israel committed, 50 holocausts,” Abbas fired back.

The remarks by Abbas took German Chancellor Olaf Scholz aback, as the unscripted use of the word ‘holocaust’ to accuse the only Jewish country in the world of a similar crime to that of Nazi Germany, was unorthodox on such an official stage.

Scholz rebuked Abbas’s comments in an interview to the German newspaper Bild, reiterating Germany’s refusal to relativize the Holocaust, calling the remarks of the Palestinian president “intolerable and unacceptable.”

Mahmoud Abbas accusing Israel of having committed "50 Holocausts" while standing on German soil is not only a moral disgrace, but a monstrous lie.

Six million Jews were murdered in the Holocaust, including one and a half million Jewish children.

History will never forgive him.

“I want to say clearly that I won’t use the word ‘apartheid‘ and I don’t believe it is right to use the term to describe the situation,” Scholz said.

Moreover, Scholz informed the reporters that it is “not the time to change the situation” and its still premature for Germany to formally recognize an independent Palestinian state.

Despite these condemnations, the PA continues to display its dissatisfaction with the resistance operations in the West Bank and cooperate with Israel’s security establishment.

Additionally, it was uncovered in July that Israel’s Finance Ministry had been secretly operating an extra-budgetary fund through which money was being transferred to the PA.

The fund was created to keep the PA afloat, considering its crucial role in assisting Israel in crushing any dissidence or resistance in the occupied territories.

The back and forth during this conference ignited online protests in Palestine against Germany and the EU.

Palestinians accused the latter of hypocrisy for treating Israel differently from how Russia was treated in respect to its operation in Ukraine.

On the same day of the conference, Israeli newspaper Haaretz reported the Israeli army’s acknowlement of the murder of 5 children from the same family, in an airstrike on a cemetery in Jabalia camp during the aggression earlier in August.