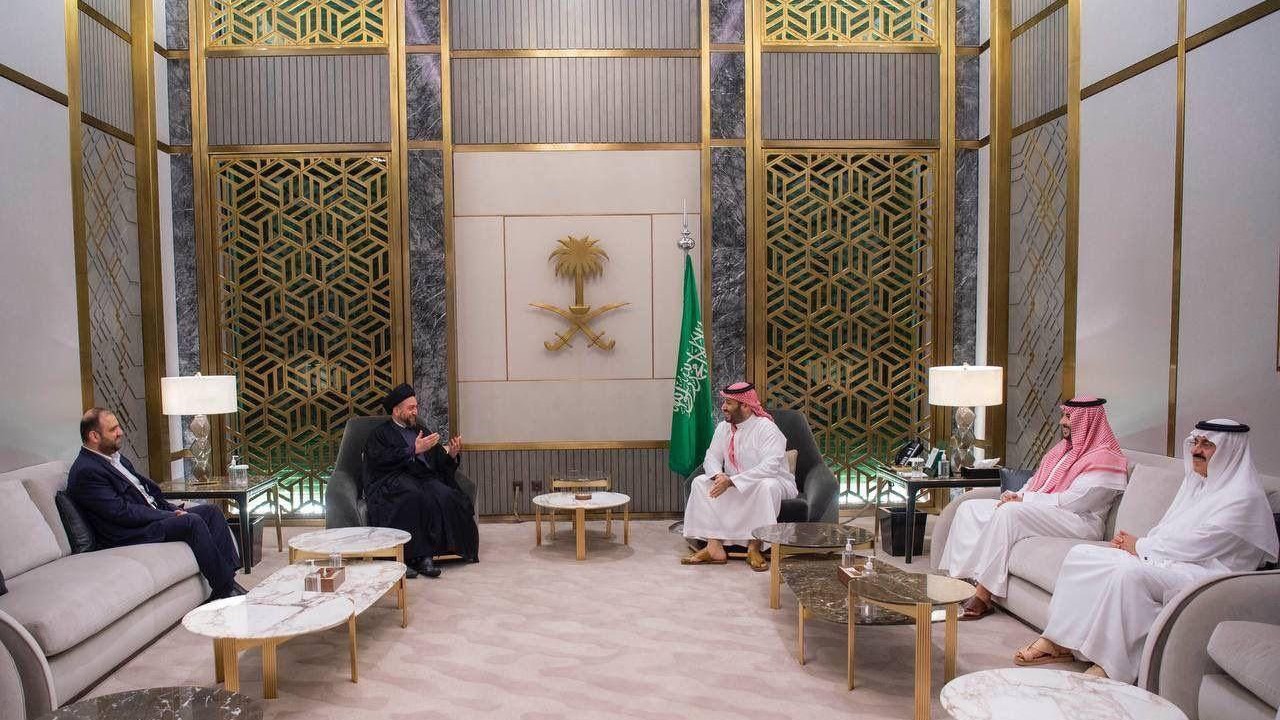 The leader of the Iraqi National Wisdom Movement and member of the Coordination Framework (CF), Ammar al-Hakim, met with Saudi Crown Prince Mohammad bin Salman (MbS) on 19 August, two days after landing in the kingdom for talks on Baghdad-Riyadh relations and a solution for Iraq’s current political impasse.

Al-Hakim landed in Jeddah on 17 August, and was received upon arrival by the kingdom’s Deputy Foreign Minister Waleed Al-Khuraiji.

“Iraq and Saudi Arabia represent an economic, regional and international weight,” a statement from Al-Hakim’s office on 19 August said.

The statement also hailed “the Iraqi role in mediating between Iran and Saudi Arabia,” referring to Baghdad’s mediation of recent reconciliation talks between Tehran and Riyadh.

In a tweet, Al-Hakim said that during the meeting with MbS, it was “affirmed that dialogue between the various parties is the best way to reach satisfactory solutions to the current political impasse in Iraq.”

“The solutions must remain Iraqi without any external pressure,” Al-Hakim went on to say.

Just before his trip to Saudi Arabia, Al-Hakim participated in a national dialogue session hosted by Prime Minister Mustafa Kadhimi and attended by a number of Iraqi political forces.

The session, which was also attended by UN Special Representative Jeanine Plasschaert, aimed at promoting dialogue to end Iraq’s political crisis as it fails to bring about the formation of a new government.

The session was boycotted by the leader of the Sadrist Movement Muqtada Al-Sadr, whose followers have been staging a sit-in protest outside of parliament since last month in rejection of the CF naming Mohammed al-Sudani for the post of prime minister.

During his meeting with MbS, Al-Hakim called for a solution to the Saudi-led war on Yemen, praising the extension of the truce agreement, which Riyadh has continued to violate.

Al-Hakim also emphasized the importance of the Palestinian cause as a symbol of unity among the Arab people.