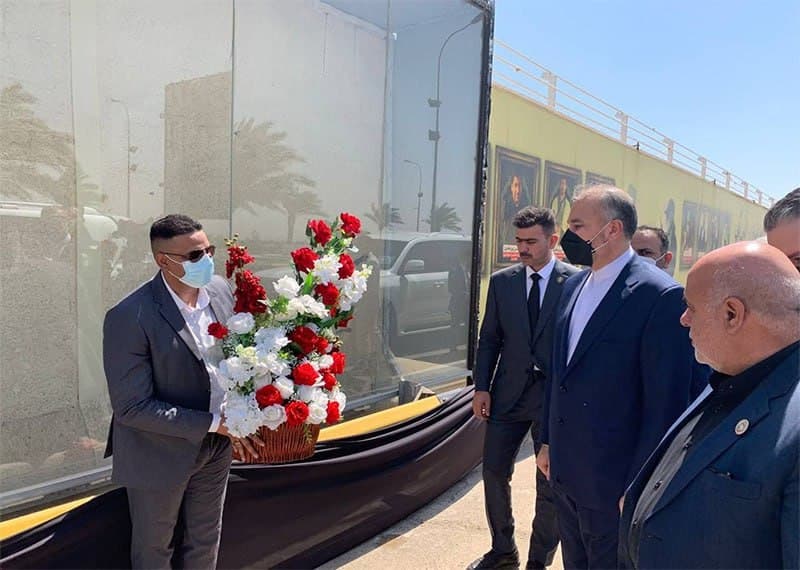 Iranian Foreign Minister Hossein Amir-Abdollahian has said the US must be held responsible for the assassination of legendary anti-terror commander Major General Qasem Soleimani.

“The US government cannot escape the consequences of this act, and the perpetrators and directors of this terrorist act must be punished and brought to justice for their action,” Abdollahian told the press upon his arrival to Iraq for the Baghdad Summit.

The Foreign Minister also paid his respects at a memorial site outside Baghdad airport, where Soleimani and Abu Mahdi al-Muhandis, the late deputy chief of Iraq’s Popular Mobilization Units (PMU), were targeted by a drone strike directly ordered by former US President Donald Trump.

Abdollahian praised Soleimani as an international hero in the fight against terrorism, adding that Iran will pursue the matter through international legal channels and will bring those responsible for the crime to justice.

He arrived in Baghdad as the head of Iran’s delegation to attend the regional summit for cooperation and participation. High on the agenda is finding ways to ease tensions between Iran and Saudi Arabia five years after they severed ties.

At the time of his assassination on 3 January, 2020, Soleimani was reportedly on a diplomatic mission to Baghdad which also sought to de-escalate tensions between Tehran and Riyadh.