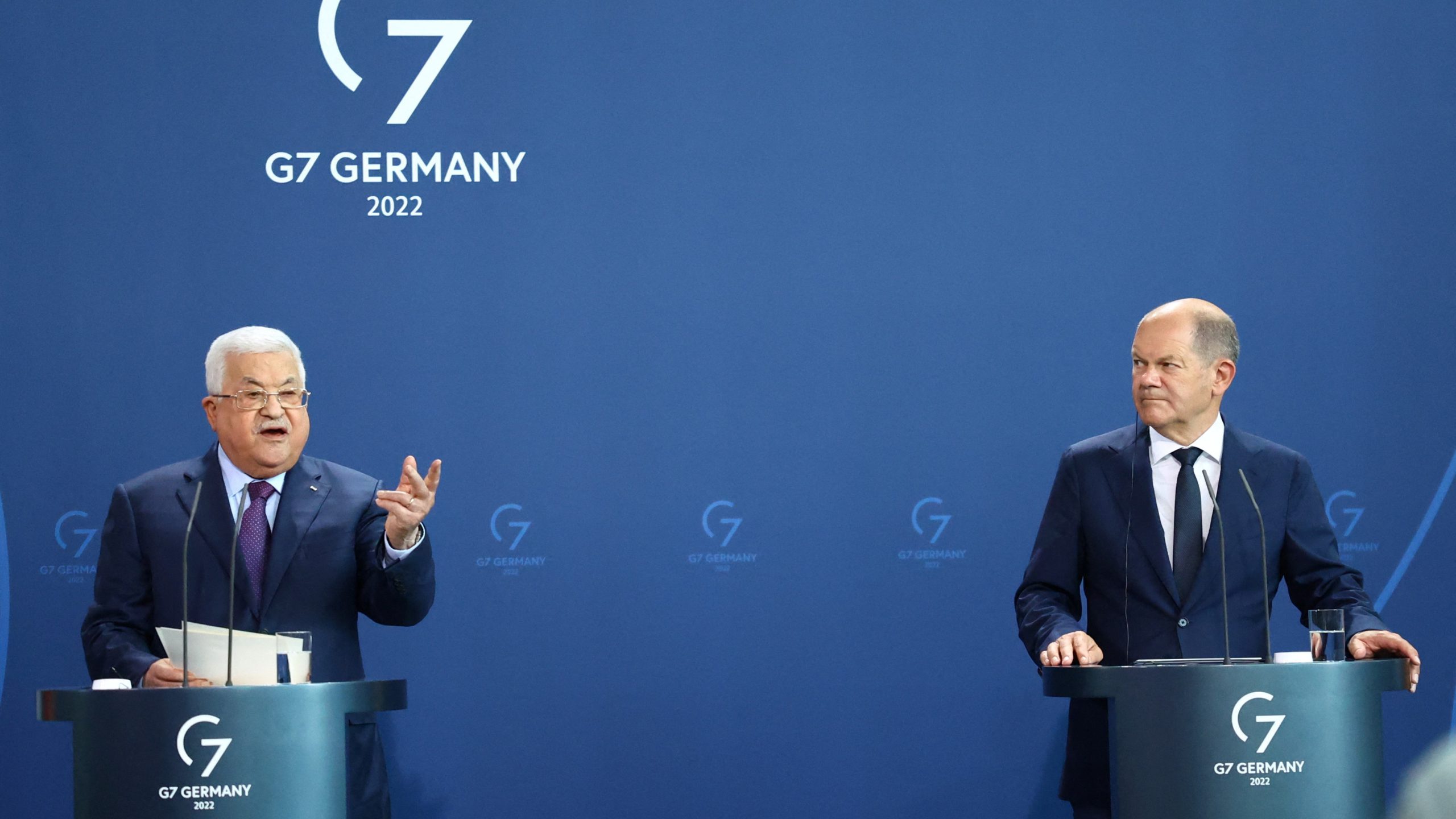 Media reported on 19 August that German police have opened an investigation into the President of the Palestinian Authority (PA), Mahmoud Abbas, after comments he made a few days earlier at a news conference in Berlin in the presence of Germany’s chancellor, Olaf Scholz.

In response to a reporter asking Abbas if he had regrets about the Munich attack in September 1972, the PA president replied: “If we want to go over the past, go ahead. I [can name] 50 massacres that Israel committed, 50 holocausts,” sparking outrage across Germany and Israel.

On 19 August, police confirmed a report released by German media that Abbas was being investigated for “possible incitement to hatred,” as downplaying or denying the Holocaust constitutes a criminal offense in the European country.

Despite this, the preliminary inquiry opened by German police does not mean that a full investigation will be launched.

This is especially due to the fact that the PA president, according to the German Foreign Ministry, is immune from prosecution, as he was in Germany on an official visit at the time that the remarks were made.

In a phone call between Scholz and interim Israeli Prime Minister Yair Lapid on 18 August, the German chancellor told Lapid: “Keeping alive the memory of the civilizational rupture of the Shoah is an everlasting responsibility of this and every German government.”

Abbas and many other PA officials have repeatedly condemned Israel’s policies towards the Palestinians, and regularly make remarks calling out Israeli crimes.

However, these remarks usually contradict the official policies and on the ground practices of the PA, who have been accused of being an extension of the occupation, as well as a tool to assist Israel’s oppression of Palestinians.

Last year, PA forces were implicated in the brutal beating and killing of Palestinian activist Nizar Banat, a longtime critic of the PA and Abbas.

The PA regularly coordinates with Israel, and has been involved in efforts to hunt down resistance activists across the West Bank on behalf of Tel Aviv. Reports suggest that they have also carried out raids under the command of the Israeli army.

According to a report by Hebrew outlet Israel Hayom, Israel’s Finance Ministry has been secretly operating an extra-budgetary fund involving the transfer of money, including a loan transfer of 100 million shekels ($28.86 million), to the PA.

Israeli officials have said that they will only disclose the details of this secret fund “behind closed doors.”