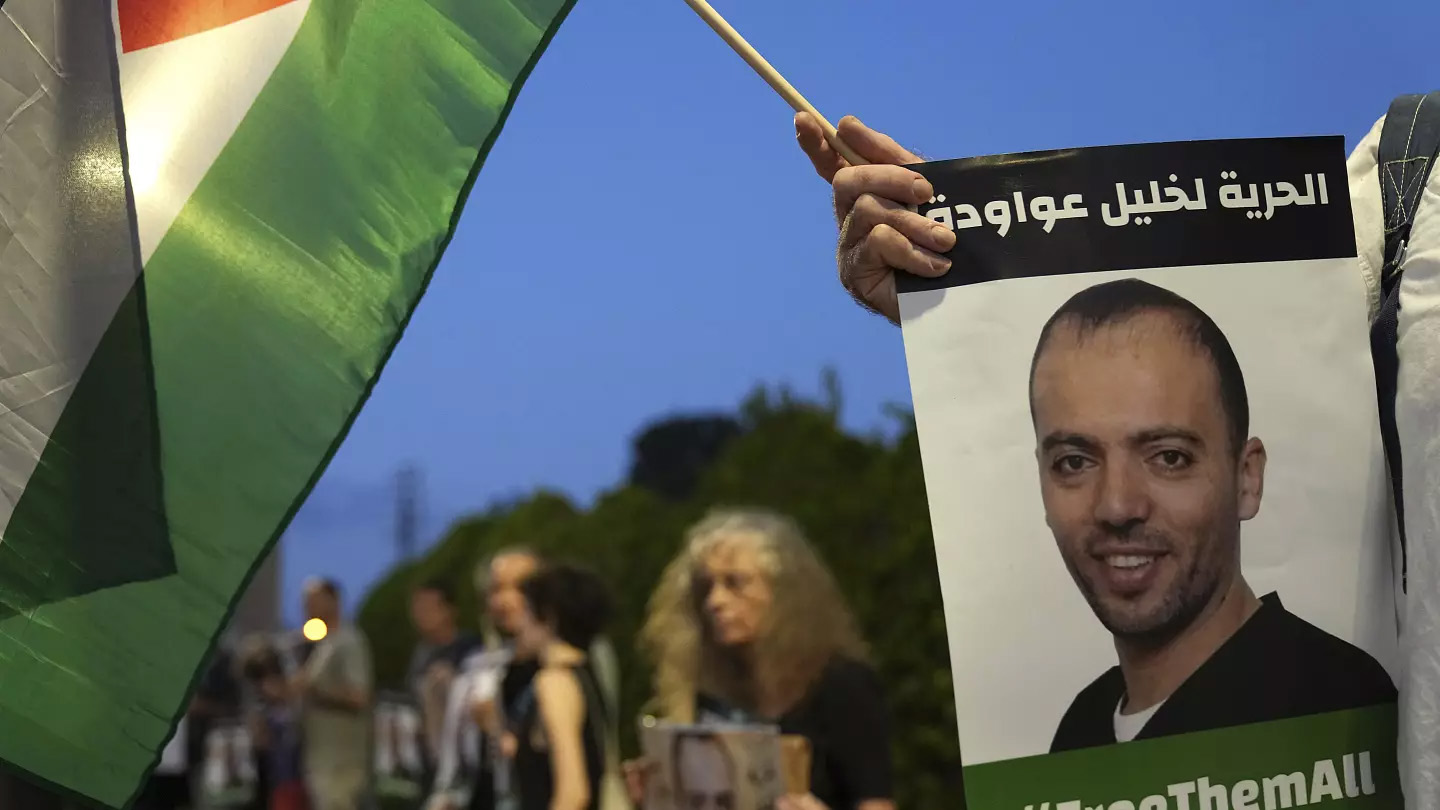 On 21 August, the Israeli Supreme Court rejected hunger-striking prisoner Khalil Awawdeh’s appeal for release, after freezing his administrative detention. Awawdeh has been on a hunger-strike since March.

According to WAFA news agency, Awawdeh’s lawyer Ahlam Haddad said that the Israeli Supreme Court “rejected the appeal submitted by the Bar Association for demanding the immediate release of the prisoner Awawdeh.”

Awawdeh was supposed to be released on 15 September, but his lawyer submitted a request for his immediate release on 1 September. However, Shin Bet security agency presented a confidential file to the judge, causing the court to reject the immediate verdict.

The Palestinian Ministry of Prisoners’ Affairs said that Awawdeh’s condition is critical; his hands are handcuffed to the bed in Israel’s Assaf Harofeh Medical Center, and his life is under threat.

The ministry urged human rights groups and international organizations to take a clear stance on this crime, considering the court’s decision to be a slow death sentence.

Khalil Awawdeh, a 40 year old father of four from Hebron, was arrested on December 27, 2021 and transferred to administrative detention.

The Israeli authorities issued a preliminary detention order against him for a period of six months, and it was activated for the entire period.

In light of Israeli promises to release him, Awawdeh temporarily halted his hunger strike after 111 days. However, he resumed when the court again issued a four-month administrative detention order soon after.

After three days of bombardment, Israel and the Palestinian Islamic Jihad (PIJ) agreed to an Egyptian-mediated ceasefire, which was reached on the night of 7 August.

As part of the ceasefire deal, the PIJ demanded from the Egyptian negotiators that they secure the release of both Al-Saadi and Awawdeh. However, Israel made it clear that it had no intention of releasing the prisoners.

The Israeli authorities’ widespread and systematic use of arbitrary arrest, administrative detention and torture of Palestinians forms part of the state’s policy of domination and control over the Palestinian population. These actions amount to crimes against humanity.