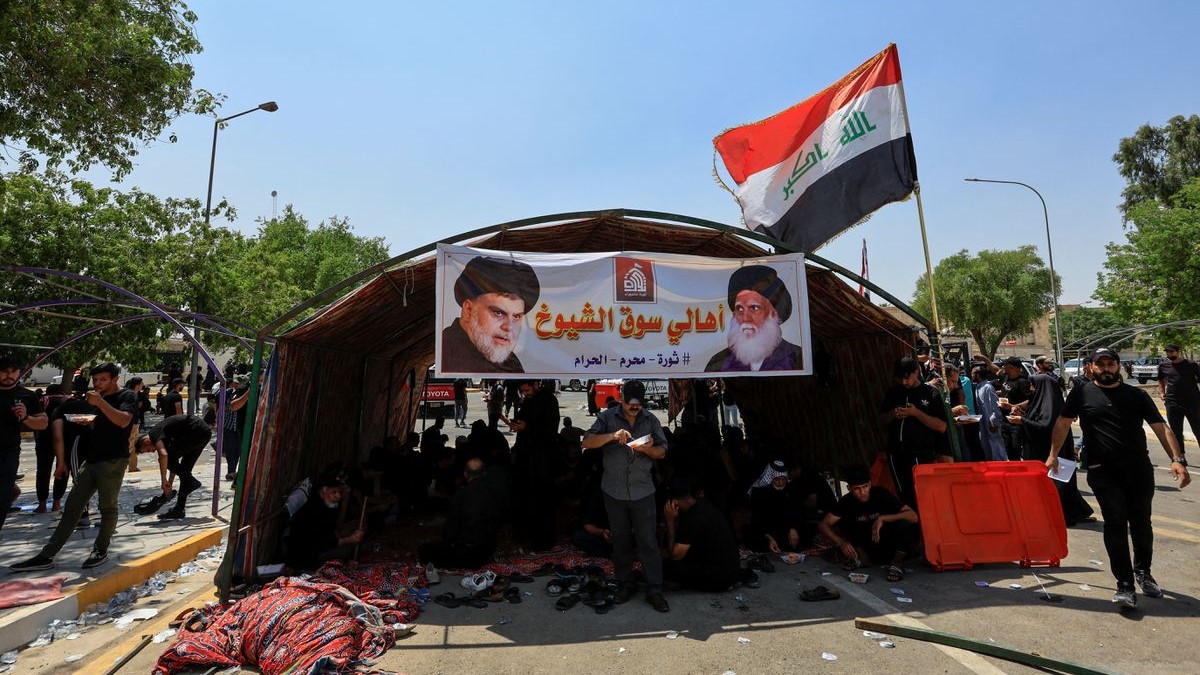 Iraq’s Supreme Judicial Council and Federal Supreme Court reopened their doors on 24 August, after supporters of firebrand cleric Muqtada al-Sadr lifted their siege of the institutions.

As tensions rose to a fever pitch on Tuesday, Al-Sadr called on his supporters to “withdraw from the sit-in.” However, he said they should “maintain the presence of tents in [the courts’] surroundings.”

Any member of the security forces found to be in breach will face “the harshest penalties,” he said.

On a similar note, the Popular Mobilization Units (PMU) – also known as Hashd al-Shaabi – confirmed they will “not be a party to the current political crisis.”

However, PMU officials went on to add that they were closely monitoring the siege of Iraq’s judiciary “by organized groups, including armed men.”

They also declared their readiness “to defend state institutions, primarily the judicial and legislative authorities, the political system, and the constitution.”

Iraq has been plagued by its longest-running political crisis since last October’s elections, when the political bloc led by Al-Sadr won by a landslide.

However, in the intervening months, the Sadrist leader failed multiple times to form a majority government, as he tried to block the country’s other Shia political parties from having representation.

This eventually led to the resignation of the entire Sadrist bloc from parliament, and to Al-Sadr’s “retirement” from Iraqi politics. In his stead, the Coordination Framework (CF) – an ad-hoc group of parties Al-Sadr opposes – has been leading talks to form a government.

But now, Al-Sadr seeks to force Iraq into a second round of anticipated elections in less than a year, issuing vague threats against authorities and mobilizing supporters by the hundreds of thousands.

According to Iraqi media, the CF is preparing to carry out new countermarches in Baghdad’s heavily fortified Green Zone, calling on relevant authorities to resume parliament sessions and take international support to “restore legitimacy to state institutions.”