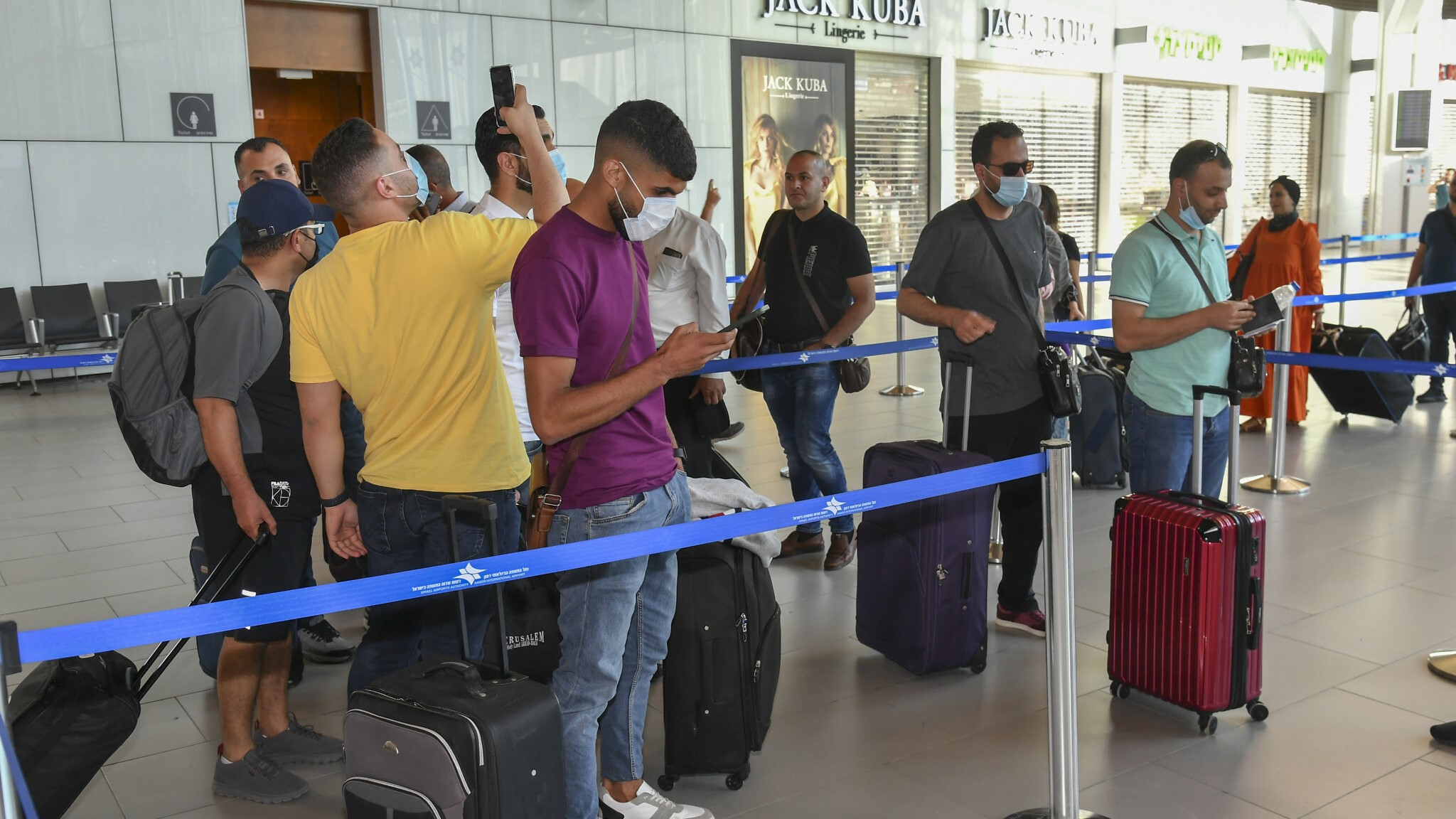 Palestinians in Ramon airport preparing to board a flight to Cyprus on 22 August, 2022 (Photo credit: Flash90)

The Palestinian Authority (PA) has urged its people against traveling through the Israeli Ramon airport in the southern occupied territories, which was offered for use by Tel Aviv after calls by the US for Israel to ease its strict travel regulations against Palestinians.

“If the Israeli occupation wants to make it easier for the Palestinians, let us open the Jerusalem airport,” Palestinian Prime Minister, Mohammad Shtayyeh, said on 24 August in reference to an airport in the northern West Bank which was closed down in 2000 after the start of the Second Intifiada.

Last year, it was reported that Israel had plans to demolish the Jerusalem airport, located in the Qalandiya area, to make way for illegal settlements.

When asked about the flight to Cyprus, a spokesman for the Palestinian Transport Ministry, Moussa Rahal, said: “National duty compels us not to travel through Ramon airport, and we advise them not to go there.”

Due to Israel’s travel restrictions, many Palestinians who wish to travel abroad regularly do so through Jordan.

The opening of Ramon airport for Palestinian use has sparked concern on the Jordanian side that the monarchy’s aviation sector will be negatively affected, as it may cause a large number of Palestinians to cease their use of Amman’s Queen Alia International Airport.

It will also mean that Palestinians may reduce their use of the King Hussein Bridge, a border crossing which Amman has heavily invested in to facilitate the entry of Palestinians who wish to travel through Jordan.

On 24 August, Shtayyeh attended the inauguration of the Al-Rama power station in Jordan, which was launched by Amman to supply electricity to a number of Palestinian cities.

During the inauguration, Shtayyeh thanked Jordanian Prime Minister, Bishr Al-Khasawneh, for the measures taken by Jordan to ease Palestinian travel.

“Neither Ramon Airport nor any other airport [can be an] alternative to the depth of the relationship between Jordan and Palestine,” Shtayyeh told his Jordanian counterpart.