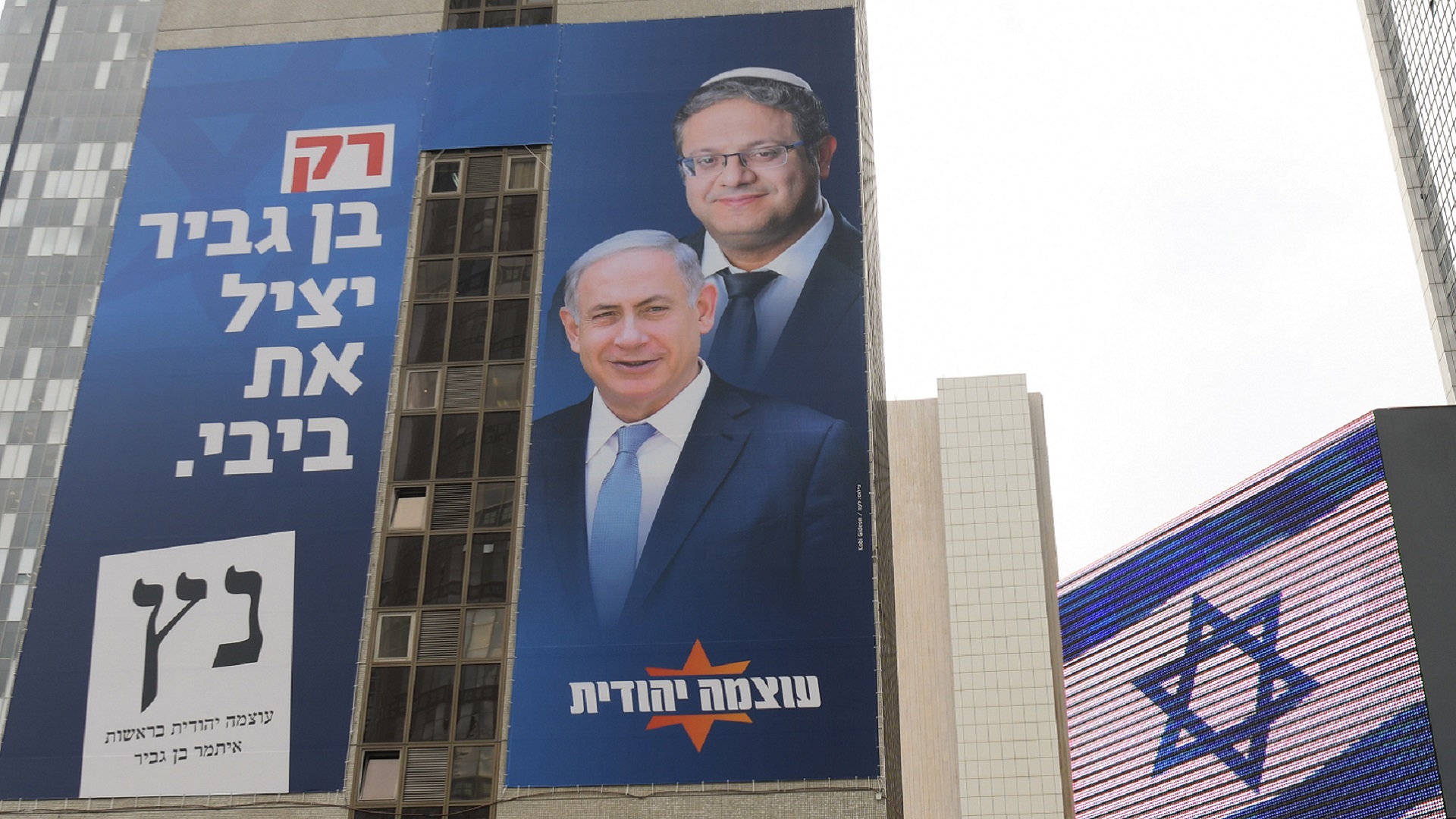 Former Israeli prime minister Benjamin Netanyahu called for a union of the Otzma Yehudit and Religious Zionism parties with his Likud party on 24 August, Hebrew media reported, as he plans the formation of a far-right coalition while gearing up for a return to power ahead of the November elections.

In a video posted on social media, the former prime minister urged the leaders of both far-right Israeli parties, Itamar Ben Gvir and Betzalel Smotrich, to rekindle their alliance and join him.

The two leaders, who had been negotiating the submission of a joint electoral list last week, had a falling out when Gvir accused Smotrich of negotiating “in bad faith.”

“There is one mission: to establish a strong and stable national government for the coming four years. But before we can do that, we need one thing: to unite the forces,” Netanyahu said.

“Therefore, I call on the Religious Zionist party and Otzma Yehudit to run together in the elections … We can’t take the risk. Only running together will ensure that these parties will pass the electoral threshold with certainty” and “guarantee a government without the Joint List,” he added, referring to the coalition of Arab parties.

Despite the calls for unity, Israeli media has suggested that the former prime minister is only interested in aligning himself with the two leaders out of fear that their political rivalry may affect his votes.

Following Netanyahu’s words, Ben Gvir softened his stance and urged Smotrich to follow the call of the former prime minister.

New polls released on 24 August show that Gvir and his party have made a significant leap, suggesting that Otzma Yehudit could potentially become one of Israel’s largest parties.

Gvir is notorious for his extremist rhetoric, as well as his support for violent settler groups who regularly storm the Al-Aqsa Mosque and desecrate its grounds, something that he himself has taken part in personally under protection from Israeli police.

The latest figures suggest that Netanyahu and his Likud party are still leading the polls as Israel’s preferred choice, as he runs on the promise of reviving the economy that he has accused the Yair Lapid government of destroying.