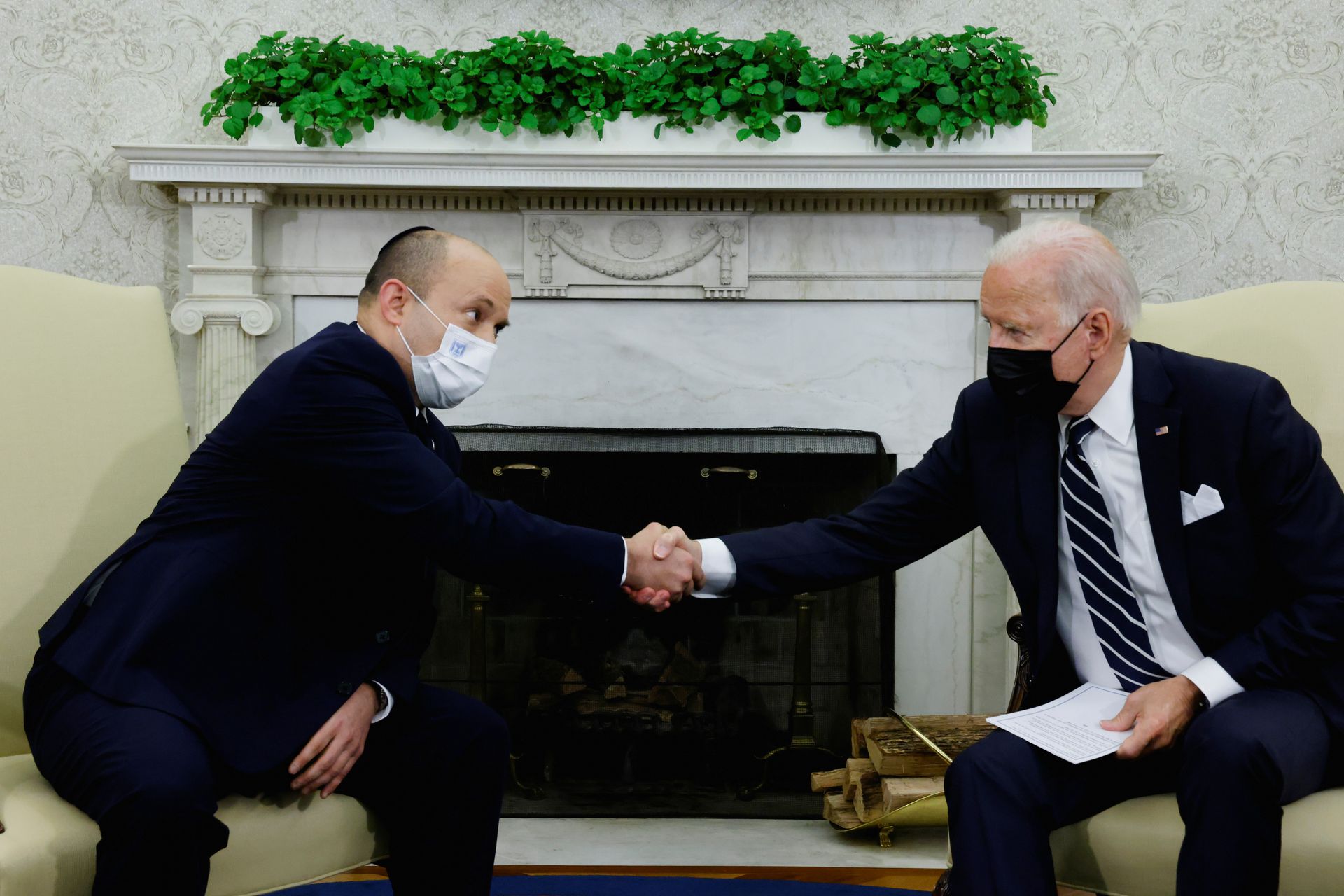 During his meeting with Israeli Prime Minister Naftali Bennett at the White House, US President Joe Biden reaffirmed his intentions to reopen the US Consulate in Jerusalem which handles relations with Palestinians.

In 2018, then-President Donald Trump closed down the consulate after moving the US embassy from Tel Aviv to occupied Jerusalem, after recognizing Jerusalem as the capital of Israel in December 2017.

For his part, the Israeli Prime Minister has opposed the reopening of the consulate, telling The New York Times days before his meeting with Biden, “Jerusalem is the capital of Israel. It’s not the capital of other nations.”

US National Security Council Director for West Asia Barbara Leaf also announced that the US President conveyed his “clear opposition” to Israel’s forced displacement of Palestinian families in the Sheikh Jarrah neighborhood in occupied Jerusalem.

Biden reportedly told Bennett he wanted to see the matter resolved in a way that would allow Palestinian families to remain in their homes.

For years, Israeli occupation forces have forcibly displaced thousands of Palestinian families from their lands, often forcing them to demolish their own homes, in order to make way for illegal Israeli settlements.

On this regard, the US President also reportedly expressed his opposition to illegal settlement growth across the occupied West Bank.

The announcements come on the heels of Bennett’s attempts to play down the significance of a recent meeting between the leader of the Palestinian Authority (PA) Mahmoud Abbas and Israeli Defense Minister Benny Gantz.

Mere hours after this meeting, Israeli media outlets quoted “a source close to the prime minister” as saying: “There is no diplomatic process with the Palestinians, nor will there be one,” alleging that their discussion covered only “routine issues.”

The meeting between Abbas and Gantz in the city of Ramallah marked the first confirmed Israeli-Palestinian high level talks since US-brokered peace negotiations broke down in 2014.