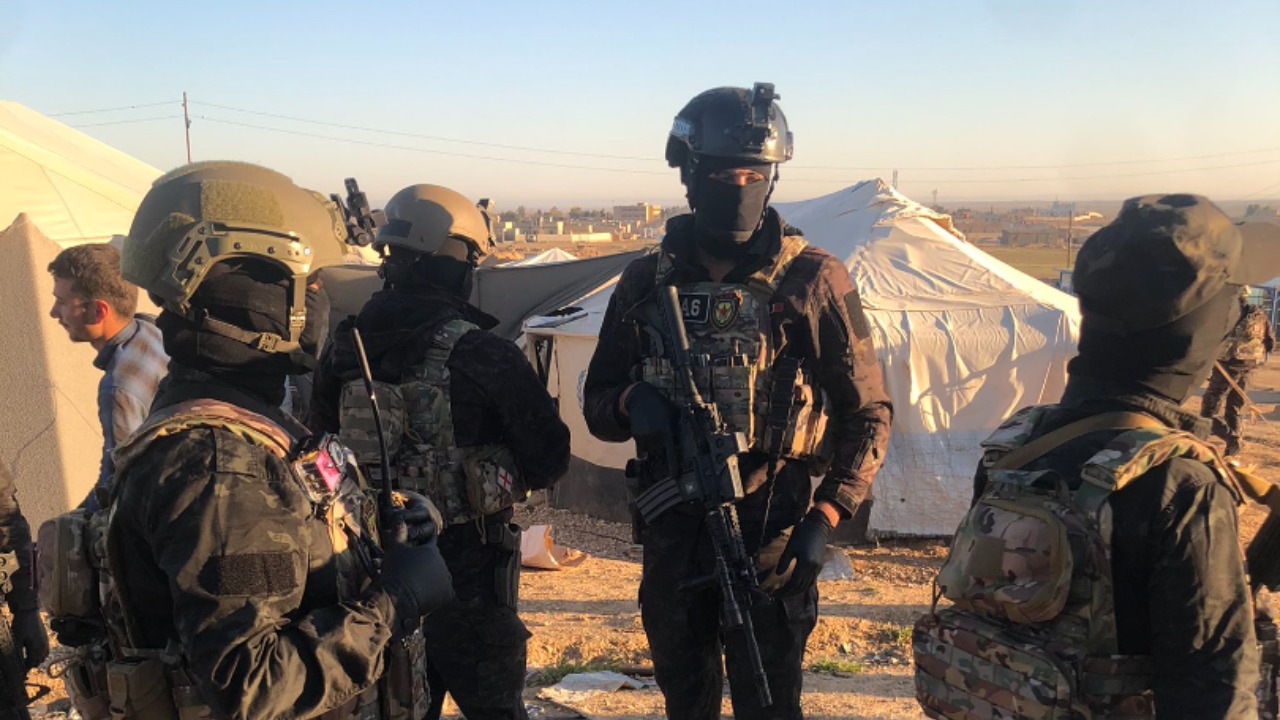 Media reported on 25 August that the Asayish, the police force of the Kurdish-controlled territories of northern and northeastern Syria, have launched an anti-ISIS operation in Hasakah governorate’s infamous Al-Hawl refugee camp.

The operation is in coordination with the US-coalition and the Washington-backed Syrian Democratic Forces (SDF) who control the camp.

The aim is to “to hunt down ISIS terrorist cells in the Al-Hawl camp, drain the ISIS enabling environment, and save the residents from ISIS terrorism,” a statement released by the SDF said.

The statement details that over the past year, Al-Hawl has witnessed 43 ISIS attacks, which have resulted in the deaths of 44 camp residents including women and children.

There have also been several attempts at kidnappings, arson, and destruction of aid supplies by the extremist armed group.

The SDF statement also claims that ISIS was planning on “overrunning” the camp, which it had identified as its next target after its failed attempt at taking over Hasakah’s Ghweran prison at the start of this year.

In January, ISIS attacked the SDF-run Ghweran prison in Hasakah, freeing dozens of their fellow militants.

The attack, which was executed using a car bomb and a rigged motorcade at the prison entrance, took place on 20 January and resulted in several days of clashes between ISIS fighters and SDF forces, with the SDF eventually regaining full control over the prison.

Approximately 56,000 people live in the overcrowded SDF-run camp, and are subject to extremely poor living conditions. Nearly 20,000 of these are children, while the rest are mostly women.

The camp has also has been home to the wives, widows, and children of ISIS members since the defeat of the group’s so-called caliphate in Iraq and Syria. This has unfortunately allowed it to serve as a breeding ground for extremism.

Rights groups have repeatedly called on countries to immediately repatriate their citizens who reside in the camp, as thousands of foreigners from about 60 nationalities currently live in Al-Hawl’s “migrant sector.”

“The lack of a clear international plan to solve this problem, the non-repatriation of foreign nationals by their countries, and the lack of effective and adequate support to our forces and the AANES [Autonomous Administration of North and East Syria] have aggravated the threat of the camp,” the SDF statement concluded.

In mid-August, Iraq announced that it will be repatriating 500 families from the 30,000 Iraqis residing in Al-Hawl. A few days after the announcement, 150 Iraqi families left the camp in order to be repatriated by Baghdad.