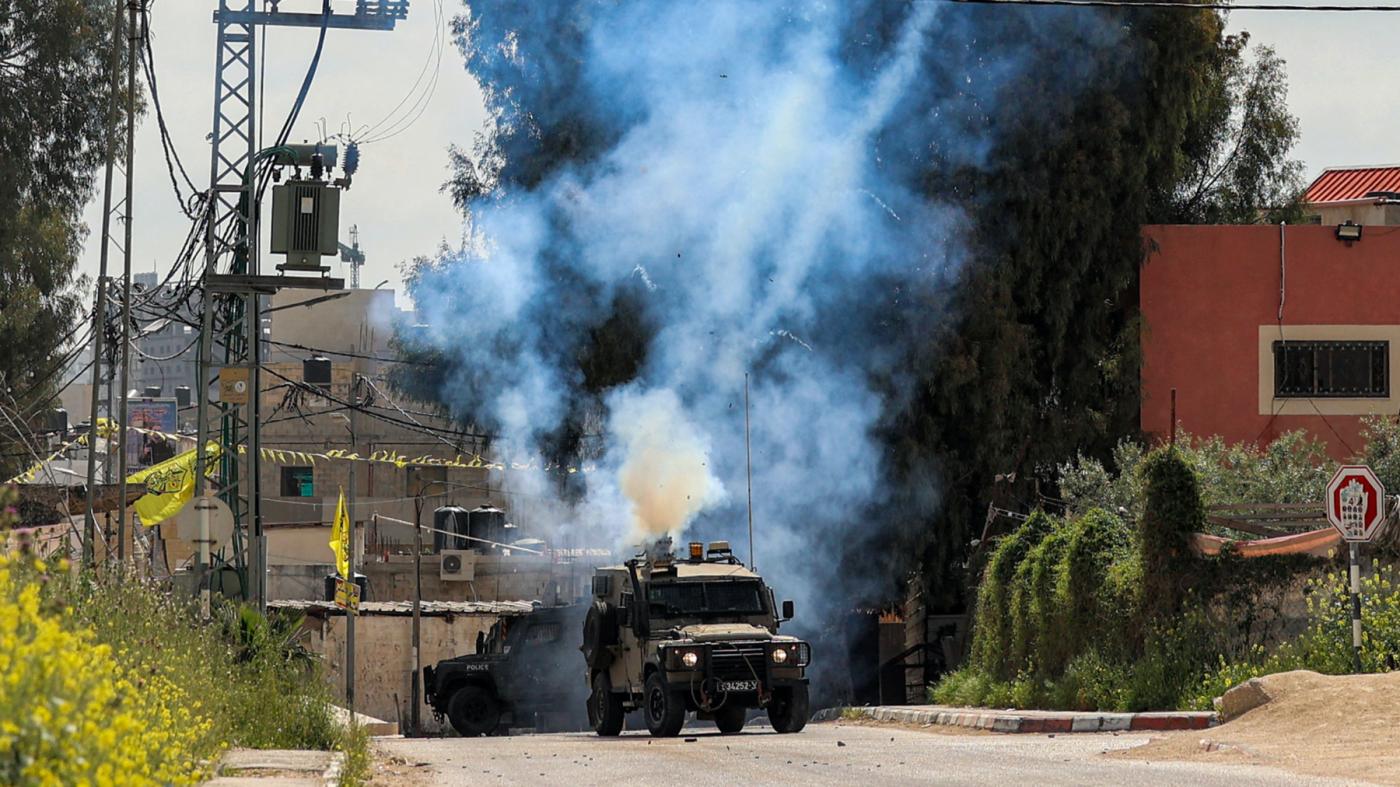 According to medical sources, a Palestinian boy, who was shot in the chest during confrontations with the occupation army, is now in critical condition.

Local sources said a gunfight occurred between the Al-Hadaf and Al-Jabriyat neighborhoods of Jenin. The exchange of gunfire took place between Palestinian resistance fighters and special units of the occupation army, during an infiltration operation carried out by vehicles bearing Palestinian license plates.

The occupation forces arrested a young man and summoned another during a raid on several houses in Nablus city, where the Palestinians fought back.

Meanwhile, dozens of settlers stormed the courtyards of the blessed Al-Aqsa Mosque under the protection of the Israeli police.

The Israeli occupation forces also declared that they would demolish two rooms of a house in the Ein Jweizah area in Al-Walaja, northwest of Bethlehem, in the southern West Bank.

The occupation forces threatened to demolish the two rooms at the expense of the owner of the house, if he did not commit to demolishing them within 15 days.

A day prior, the occupation forces arrested Alaa El-Din Nairat while passing through Barta’a military checkpoint, located southwest of Jenin.

The intensity of the confrontations in the occupied West Bank has increased since the arrest of Bassam al-Saadi, a senior official in the Palestinian Islamic Jihad (PIJ) who was arrested on 1 August during a raid in the Jenin refugee camp.