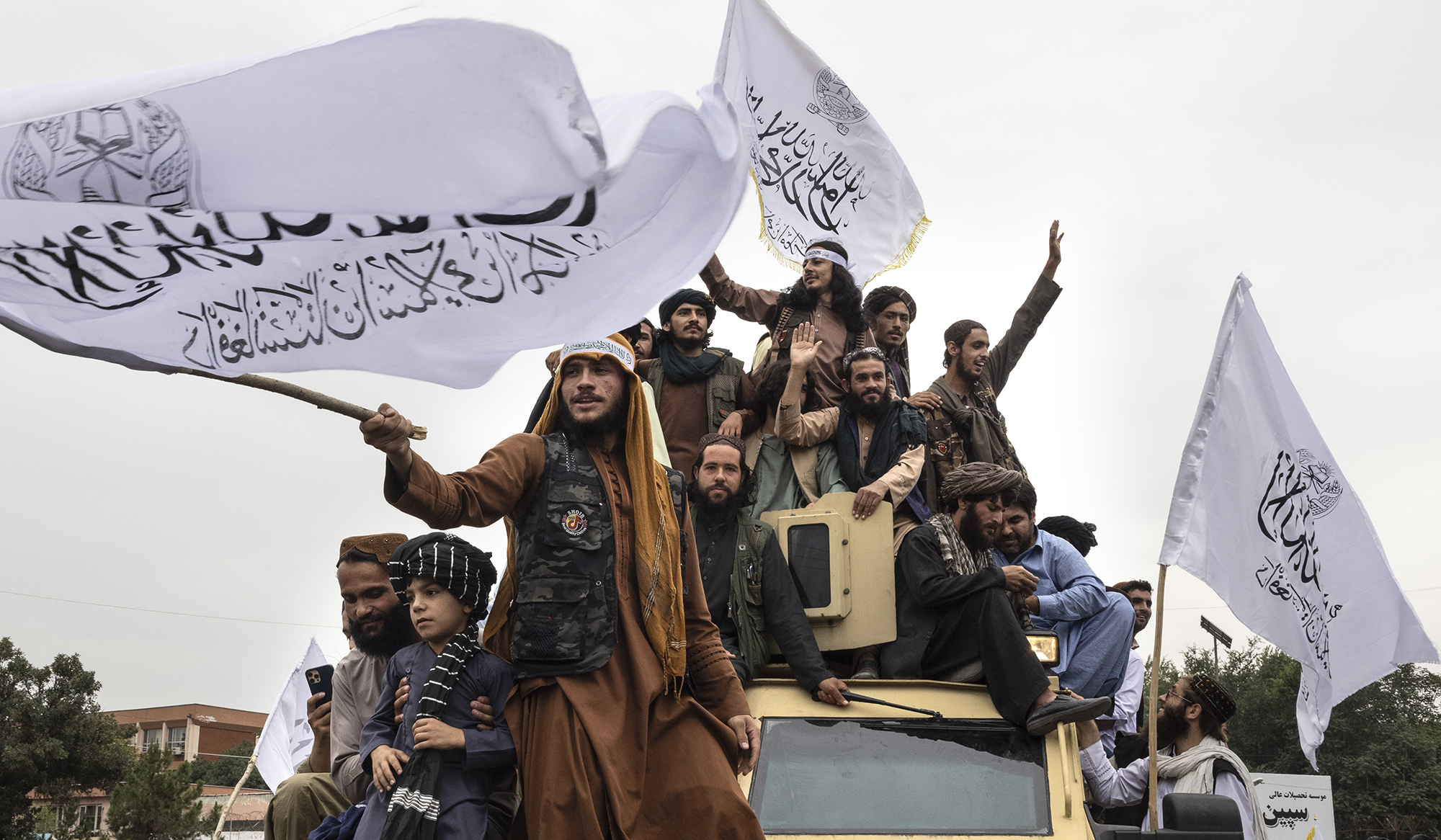 Taliban officials declared 31 August a national holiday to celebrate the first anniversary of the withdrawal of US troops after 20 years of occupation.

Hundreds of white Taliban flags bearing the Islamic proclamation of faith decorated lampposts and government buildings, while on Tuesday night the skies of Kabul were lit up with fireworks and celebratory gunfire from Taliban fighters.

“We are happy that Allah got rid of the infidels from our country, and the Islamic Emirate has been established,” a resident of Kabul told reporters on Wednesday.

Taliban authorities also held an official celebration at Bagram air base, which the US occupation used to launch air strikes against the Taliban.

Washington finished its botched withdrawal from the country exactly one year ago, after seeing Taliban forces cut through the US-trained Afghan army with little to no opposition.

For its part, the Pentagon commemorated the anniversary by claiming Washington still had unfinished business in the country.

“We know this work is not done. We must keep a relentless focus on counterterrorism – and we are,” a letter drafted by US Defense Secretary Lloyd Austin reads.

Austin also defended the 20 year occupation of Afghanistan, calling it a “necessary war of self-defense.”

Earlier this year, Austin cleared US troops of responsibility for a drone strike last August that killed an entire family in Kabul, including seven children.

The Pentagon also washed its hands of the massacre outside Kabul airport a year ago, where US and NATO troops killed well over 150 Afghans after an ISIS suicide bomber blew himself up.

Over the past year, Afghanistan sunk into calamity after the US cut off the country from its foreign reserves and restricted the entry of humanitarian aid, leaving millions on the brink of famine.

The country has also met challenges as a result of natural disasters, the Taliban’s restrictive policies, and the resurgence of ISIS.