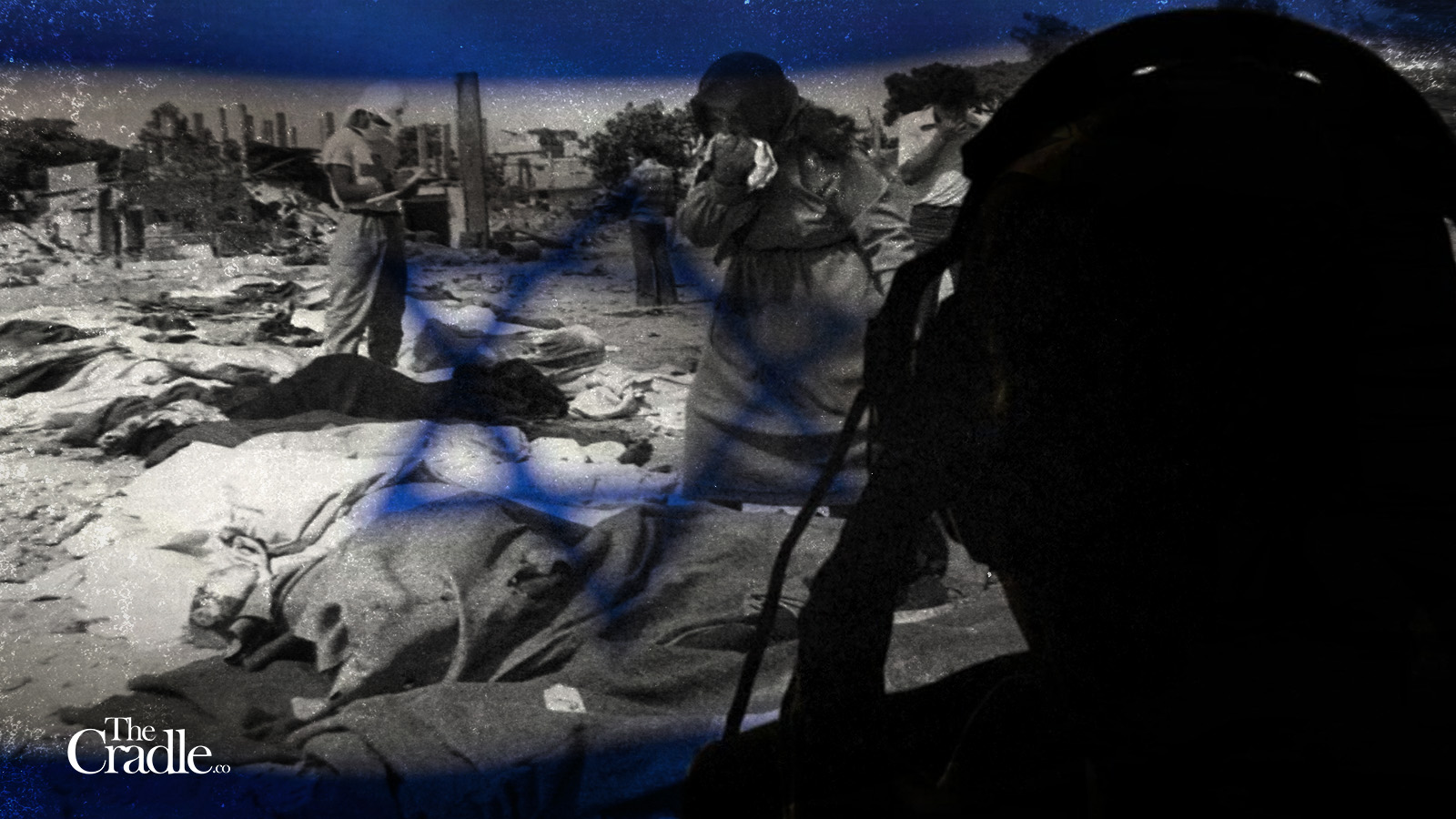 Almost a week before the 40th anniversary of the Sabra and Shatila massacre, a document submitted to the Israeli High Court of Justice has revealed Israel’s role in Lebanon’s bloody conflicts, dating back to the 1950’s.

The report establishes 1958 as the year when contact was first made between Lebanese Christian leaders and the Israeli military establishment.

“In the 1950s in the framework of ‘Khalil’ there was a discussion between us about the need to support Christians in Lebanon. Chamoun was in danger of losing his rule,” the declassified Israeli document adds.

In response, the Israeli army and Mossad agreed to prepare an Iranian plane sent by the Shah of Iran Mohammad Reza Pahlavi to transport weapons from Israeli stocks to the Lebanese Christian militias.

Decades later in 1975-1976, these same Christian officials reestablished contact with Israel to purchase weapons in preparation for Lebanon’s civil war. A delegation from Mossad’s operational and intelligence branches next visited Lebanon to understand “what is happening in the war between those sects.”

The document narrates how the Mossad “visited command posts of the [right-wing, Christian militias] Phalangists and Chamounists and met with Bachir Gemayel at his parents’ home in the village.”

Israel then took the decision to provide these Lebanese militias with weapons for a fee in a bid to leverage the assistance later on.

“The first shipment went out in the middle of November 1975, after weapons were prepared and loaded at a naval base [in Israel]. The meeting [with the Lebanese] was perfectly fine – we shook hands, we received an envelope with money, we counted the money, and then helped load them to their ship.”

According to Israeli newspaper Haaretz, the office of the Israeli prime minister, which oversees and directs the Mossad, released the dateless document that implicates the intelligence agency in the atrocities carried out by right-wing Lebanese Christian militias.

Earlier in 2020, a petition was filed to declassify these documents, but the Mossad staunchly objected, initially claiming they were not able to locate the historical papers.

However, in an unexpected turn of events this week, the intel agency agreed to declassify the documents, despite a court dismissal of the petition last April.

Israeli human rights lawyer and activist Eitay Mack announced that “the [Israeli] clandestine affair [in Lebanon] must come to light and enable discussion that might prevent continued support by the Mossad and the State of Israel for security forces and militias that commit atrocities.”

Mack reveals that despite previous knowledge of the massacres, executions, terrorism, and atrocities carried out by the Lebanese, the Mossad and the Israeli army believed it was acceptable to resume support and conceal information from the public.

The document in question, which has been translated by Ronnie Barkan, was an intelligence brief written by the Mossad for the Israeli political and military echelon. It exposes the Mossad’s role in, and facilitation of, weapon transfers that were used in the two-day, round-the-clock massacre of Palestinian civilians in the Sabra and Shatila refugee camps.

The bloody massacre took place in 1982, between 16-18 September at a camp under siege by the Israeli army, leaving thousands of Lebanese and Palestinian civilians dead, raped, and injured by the militias to whom Israeli occupation forces provided passage, weapons, and protection.

As a result of the widespread condemnation and magnitude of the event, Israel launched its own investigation into the incident by establishing the Kahan commission, which conveniently concluded that only Ariel Sharon, Israel’s defense minister at the time, bore “indirect personal responsibility.”

The commission suggested that Sharon be fired from his position as defense minister for failing to safeguard Beirut’s civilian population, which had fallen under Israeli authority. However, Sharon refused to resign, and the prime minister at the time Menachem Begin refused to fire him.

“Goyim killing Goyim,” Begin is famously quoted as saying in a bid to disavow any Israeli role in the events.

However, as Pultizer prize-winner Patrick J. Sloyan revealed in his book When Reagan Sent the Marines, Sharon met with the Phalangist militia leaders the day after the assassination of president Bachir Gemayel, and abetted them in avenging his death.

Sharon told the commander of the Lebanese Forces Militia Elie Hobeika: “I don’t want a single one of them left,” in reference to the Palestinians in the camps in Beirut.

As a result, the Israeli army set up command posts overseeing the Sabra and Shatila camp and besieged it with tanks, calling on either the Lebanese army or Phalangists to come in and “clear it.”

“They’re thirsting for revenge. There could be torrents of blood,” warned then Israeli chief of staff Rafael Eitan in response to Sharon’s plans to use the Mossad-trained and armed militias.

During the war, the Phalanges were behind numerous other crimes aside from the Sabra and Shatila massacre, such as the Karantina massacre that left 1,500 dead.

The Mossad document further reveals that the Israeli army and military establishment dictated the agency’s activities in Lebanon, rather than the Israeli government.

“This is the asset (Lebanese militias) that we have, now tell us what to do with it. Because the state (Israel) isn’t at all that organized in its decision-making. The government isn’t telling us what to do with the asset, but rather the military,” the document reads.