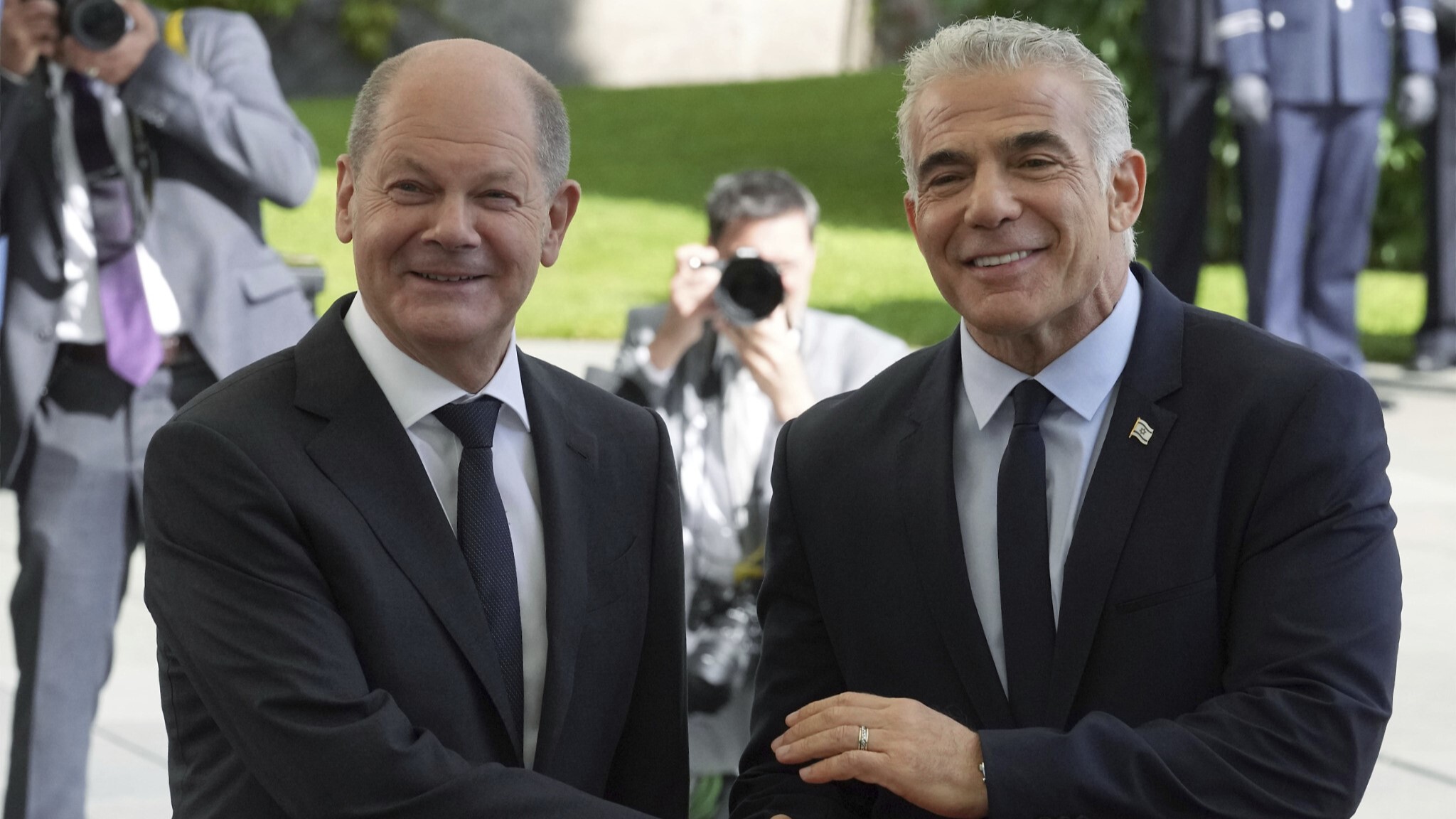 Interim Israeli Prime Minister Yair Lapid held several meetings on 12 September with several German officials, as part of a broader effort by Tel Aviv to sway the US and its western allies against the revival of the nuclear deal between Tehran and Washington.

“It is time to move past the failed negotiations with Iran. They cannot and will not achieve the goals we all share to stop Iran from getting a nuclear weapon,” the interim Prime Minister said during a joint press conference with Germany’s Chancellor, Olaf Scholz.

“Returning to the nuclear agreement under the current conditions would be a critical mistake. Removing sanctions and pouring hundreds of billions of dollars into Iran would bring a wave of terrorism not only to the Middle East but across Europe,” Lapid added.

He stressed that the negotiations would not be able to prevent Iran from obtaining a nuclear weapon, despite the Islamic Republic’s repeated clarifications on its stance against nuclear armaments, and its longstanding adherence to the nuclear non-proliferation treaty (NPT) signed in 1968.

During the conference, Scholz expressed regrets over Iran’s “failure” to give a “positive response” to the EU’s proposal for a revival of the agreement, and added that there is “no reason why Iran should not agree to these proposals.”

Although Washington had initially referred to Tehran’s response to the EU proposal as “encouraging” last month, Israel’s increased efforts at lobbying against the deal have pressured the US and its European allies to shift their rhetoric.

“Unfortunately, Iran has chosen not to seize this critical diplomatic opportunity … instead, Iran continues to escalate its nuclear program way beyond any plausible civilian justification,” Germany, France, and the UK said in a joint statement on 10 September.

Iranian Foreign Ministry spokesman Nasser Kanaani said on 12 September that Tehran is ready to continue cooperating with the International Atomic Energy Agency (IAEA), but called on the nuclear watchdog not to “yield to Israel’s pressure,” following the agency’s report last week, which claims that it is “not in a position to provide assurance that Iran’s nuclear program is exclusively peaceful.”

In response to these claims, the spokesman for the Atomic Energy Organization of Iran (AEOI), Behrouz Kamalvandi, said: “Iran’s peaceful nuclear program has been the most transparent so far.”

Lapid’s visit to Germany, which centered mainly around the nuclear agreement, has also included talks to facilitate the sale of the Israeli Arrow 3 missile defense system to Berlin in light of increased European concern over Russia’s invasion of Ukraine and its resulting ramifications.

“Israel … will play a part in building Germany’s new defense force, mainly in the field of air defense … it has to do with our total commitment to the safety of Germany, to the safety of Europe, and to the ability of liberal democracies to defend themselves,” Lapid told reporters during the press conference.