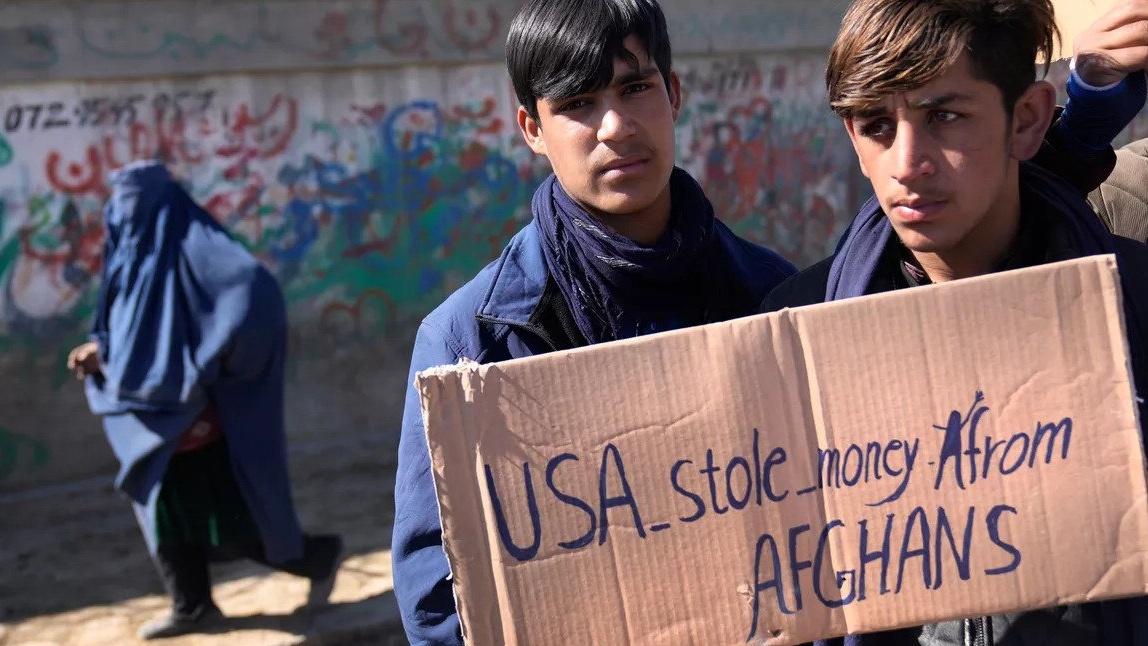 The US government announced on 13 September that it would release a significant portion of the $7 billion stolen Afghan central bank funds to a bank of international settlements in Basel, Switzerland.

The trusteeship will help the US to oversee the disbursements of the funds in order to bypass the Taliban government in Kabul.

Washington withdrew its financial support for Afghanistan, following the Taliban victory against the US-trained army in 2021. Besides harsh economic sanctions, the US government also froze the funds of Afghanistan’s Central Bank, causing a widespread humanitarian crisis in the country.

However, the Taliban rejects the plan of the US to transfer the funds to a Bank of international settlements, arguing that “the [Da Afghanistan Bank] funds belong to DAB and should be returned to Afghanistan,” according to Suhail Shaheen, a spokesperson for the Taliban.

“In this critical time when 99% of Afghans are living under the poverty line, it is direly needed that the reserve[s] return to the country,” the spokesperson added.

The move by the US to freeze more than $7 billion and another $2 billion held by its European allies was a calculated step to force Afghans into mass starvation, as the collapse of the country’s currency resulted in rising food prices, forcing more than 1 million people to flee the country.

While the Biden administration has claimed it wanted to give the money directly towards humanitarian aid, it is unclear how it would bypass the ruling Taliban government in Kabul.

According to the statements of an anonymous source published in an exclusive report by TRT World, “the US would want a strict compliance with anti-money laundering and terrorist financing protocols in addition to a third-party supervision of the funds.”

To add insult to injury, the Biden White House has set aside $3.5 billion of the funds for the compensation of victims of the 11 September attacks.