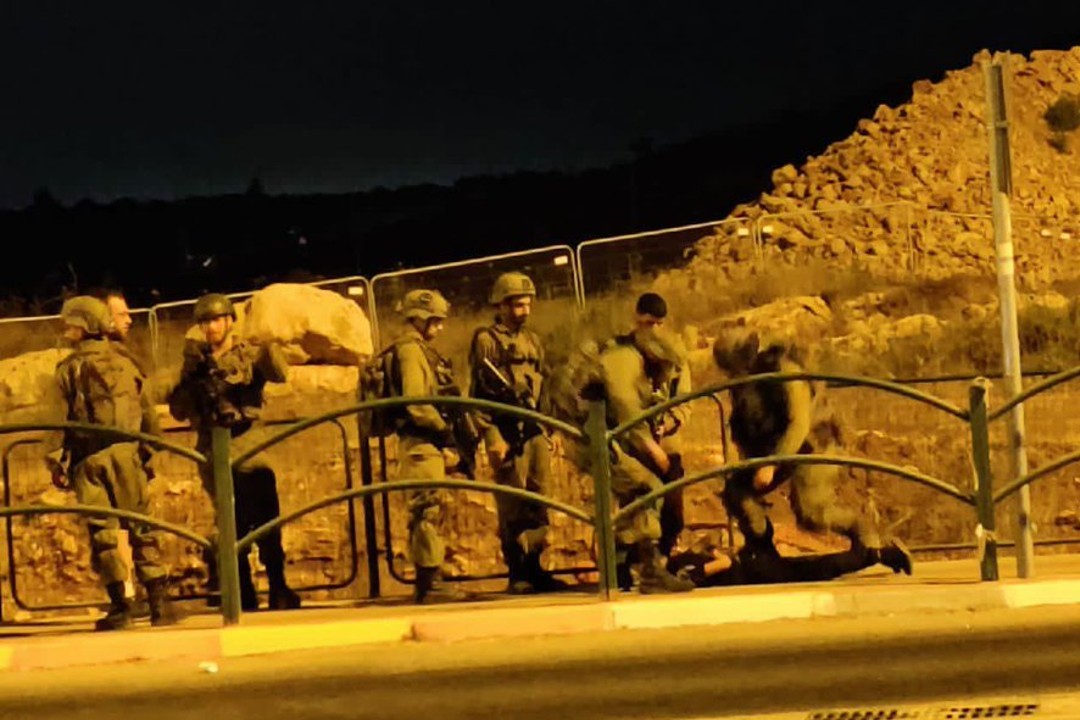 Palestinians are suffering raids, attacks, and arrests by the Israeli occupation army in the West Bank, resulting in almost 5000 detentions in 2022.

“This fierce attack comes as part of a punitive policy launched by Israel against the Palestinian people, who are exercising their natural right to resistance against the policies of displacement, land confiscation, arrests, systematic killing, and incursions into Palestinian cities and villages,” he added.

Many cities and towns in Jenin, such as Ya’bad, Markah, Araba, Fahma, Bir al-Basha, and Sanur, are currently experiencing the increasing reinforcement of the Israeli military and additional checkpoints and outposts overseeing their every step.

The fierce campaign against Palestinians by the occupation forces is also being deployed in Jerusalem’s vicinities, where two young men from Bab Hatta were arrested.

The government of Israel has imprisoned one-third of the Palestinian male population in all occupied territories since 1967.

Orly Noy, chair of B’Tselem, the Israeli Information Center for Human Rights in the Occupied Territories, argued that the “armed resistance to occupation is legal, not terrorism,” in a report published by Middle East Eye.

She stated, ” … from Israel’s standpoint, any resistance, even nonviolent resistance to its occupation and oppression poses a danger to security that is easily recognized as terrorism, just like when Israel recently declared the six most prominent Palestinian NGOs to be terror organizations.”

The recent “Wave Braker” operation launched by the IDF this year in the West Bank has resulted in the deaths of 85 Palestinians, while more than 1500 Palestinians have been arrested, making 2022 the bloodiest year after 2016, according to the Palestinian Ministry of Health.