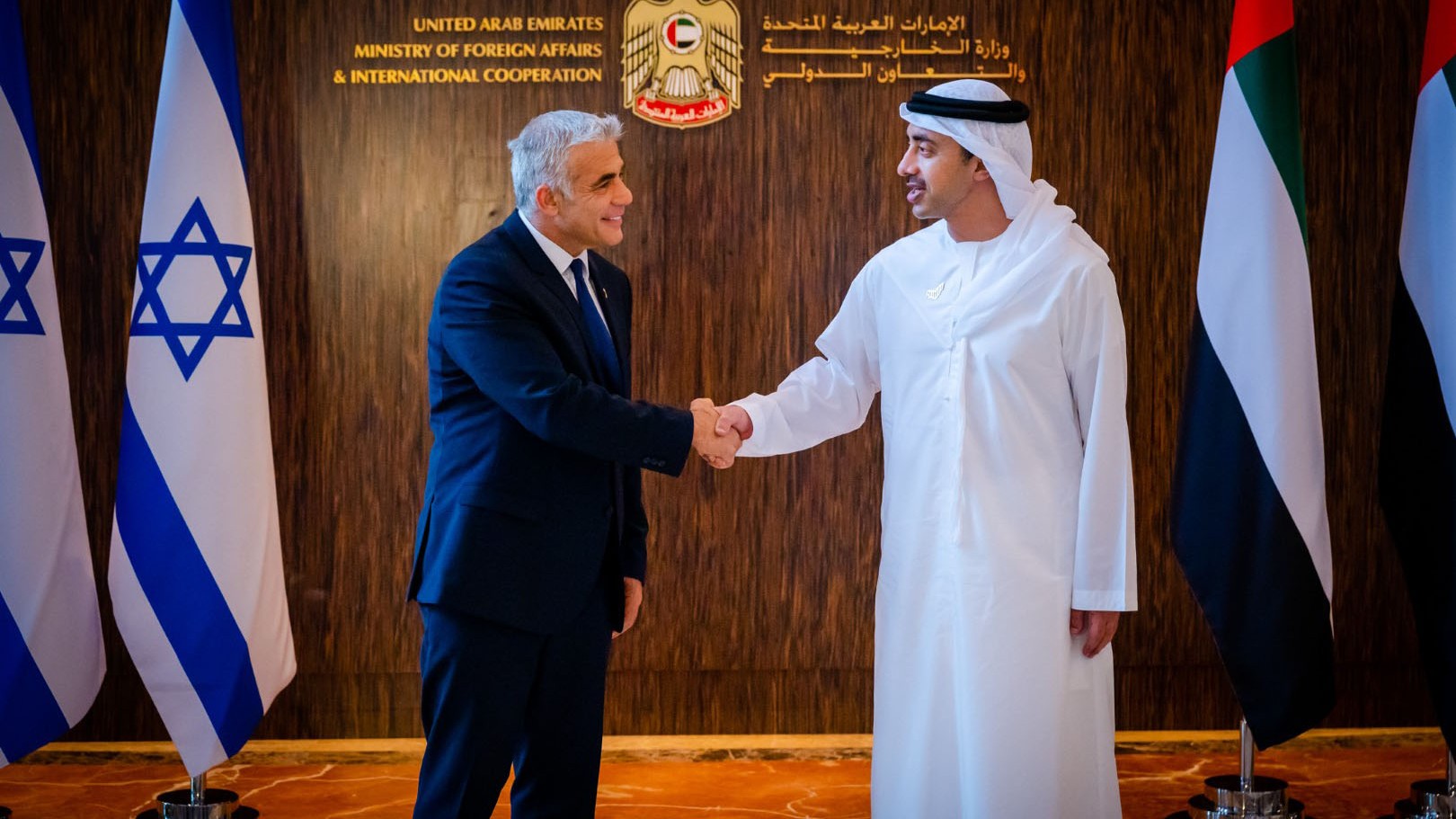 As part of Zayed Al Nahyan’s official visit to Israel, the two officials discussed regional and international developments, as well as determine paths to achieve stability in West Asia.

The Emirati minister highlighted that half a million Israelis have visited the UAE since the signing of the Abraham Accords, adding that there are about seven to eight flights between the two countries per day.

He also spoke about the growth in the volume of trade between the two nations, in light of the Free Trade Agreement signed on 31 May.

The UAE became the first West Asian country to sign such an agreement with Israel. The deal entailed the elimination of tariffs on most commodities and products, as part of a goal to raise bilateral trade to over $10 billion within five years.

The reduction or elimination of tariffs affects 96 percent of goods traded between the two countries, such as food, medicine, jewelry, and industrial chemical products.

The UAE has recently taken an interest in Israeli defense systems, with the aim of protecting itself from retaliatory strikes launched by the Yemeni armed forces and the Ansarallah resistance movement.

Arms sales to Arab countries that have normalized relations with Tel Aviv show no signs of diminishing. On 28 March, Israeli media revealed that the UAE, Bahrain, and Morocco had expressed an interest in acquiring Israel’s Iron Dome, Green Pine, and Arrow missile defense systems.