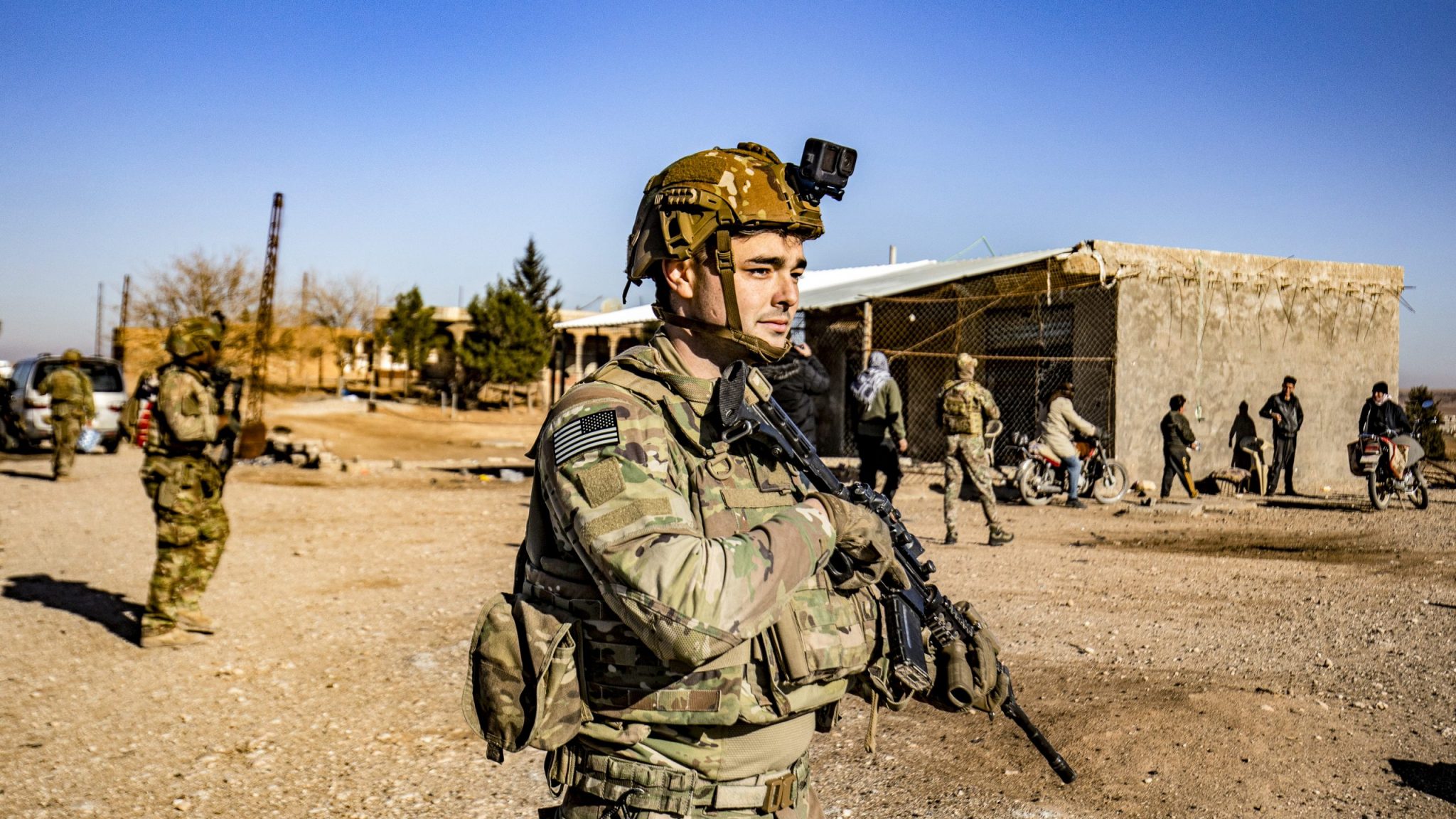 Local Syrian media reported on 17 September that a mortar attack targeted a US military base, controlled by the Washington-backed Syrian Democratic Forces (SDF) in the Al-Shaddadi district of the Hasakah governorate.

“Several projectiles landed on the outskirts of the coalition base near Al-Shaddadi city in the southern countryside of Hasakah, without information received about any casualties,” pro-opposition media stated.

No party has claimed responsibility for the attack, and the US has yet to issue a statement.

The explosions coincided with the intense flight of US warplanes and helicopters over the area.

The US army and international coalition forces are deployed on three main bases in Hasakah.

The first is located near Tal Bayder town, about 35 kilometers north of Hasakah. The town includes a helipad and runway for helicopters and is located on the international M4 motorway.

The second is stationed on a hilltop overlooking the village of Qasrak, about 3 kilometers away from the first base. It hosts dozens of European soldiers, among them French and Italians.

The third base, referred to as Al-Wazir’s Rest House, is located in the area between Hamat and Hasakah, near the western dam. It is considered the region’s most extensive US army base and the second largest in Syria after the Al-Omar oil field base in the eastern countryside of Deir Ezzor.

The Al-Omar oilfield is frequently targeted by Iran-affiliated militias, with the most recent attack taking place on 14 September.

On 24 August, three US soldiers were injured by a rocket attack on the US base near Conoco gas field in Deir Ezzor, in Syria’s northeastern countryside.

Late last month, the Syrian Ministry of Foreign Affairs reported 107.1 billion dollars in direct and indirect losses since 2011 up until mid-2022. These losses come as a result of the US occupation’s theft of “oil, gas, and mineral resources.”