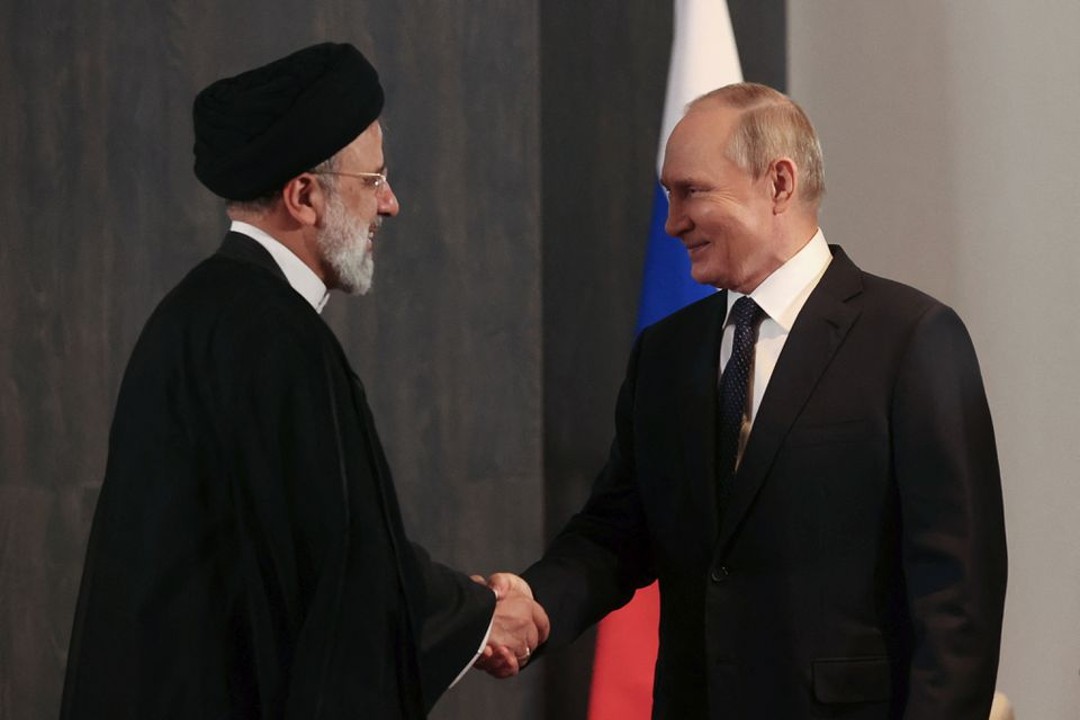 Russian President Putin and Iranian President Raisi shake hands during a meeting on the sidelines of the SCO summit in Uzbekistan. (Photo credit: Reuters).

On 19 September, a delegation of 100 people representing 65 Russian companies met with their Iranian counterparts, according to Omid Ghalibaf, spokesman for Iran’s Ministry of Industry, Mine, and Trade (MIMT).

The more than 750 meetings within the next three days between Iranian business entities, members of provincial chambers, and the Russian delegation further solidify efforts to fight unilateralism and circumvent crippling Western sanctions.

Members of food manufacturers, agricultural machinery, medicines, and leading communication equipment suppliers are among those representing the delegation.

According to the Russian Export Center, ten large trade delegations will visit Iran by the end of the current Iranian year.

Both Iran and Russia are in very advanced stages of conversations regarding the implementation of the Russian MIR payment system, which can be used to circumvent western sanctions by enabling a new credit and debit card apparatus.

The three-day round of meetings was announced during a bilateral meeting between Iranian President Sayyed Ebrahim Raisi and Russian President Vladimir Putin on the sidelines of the Shanghai Cooperation Organization (SCO) summit held from 15-16 September in Uzbekistan.

At the summit, Iranian President Raisi called on the SCO to adopt new approaches to confront US unilateralism, aiming to counter the weight of the Western-imposed sanctions.

Iran has also been working with other countries – outside the SCO- to achieve its goals. On 12 September, the Venezuelan minister of agriculture Wilmar Castro Soteldo announced that Venezuela and Iran are boosting agricultural and mining cooperation.

Iran and Venezuelan food producers will cooperate to guarantee food security for both countries. “We are making five to seven million hectares [of usable land] available, in order to reach 30 million cultivable hectares,” Soteldo stated.

On the other hand, President Raisi made it very clear that he did not plan to meet with US leaders during his visit to the US for the  77th session of the UN General Assembly (UNGA) in New York.